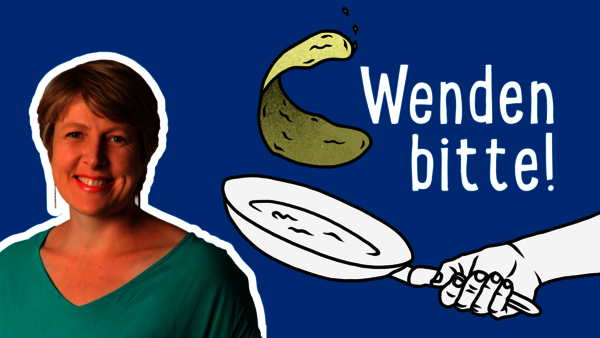 Setting the course in the EU now

At the United Nations negotiations on ambitious global climate action, due to commence in the Egyptian city of Sharm El-Sheikh on Sunday, 6 November 2022, one mechanism should not be overlooked, namely emissions trading. How has this evolved in the EU, what successes has it achieved, and which course should the European Union now set for more climate action in the sectors covered by EU emissions trading? This topic is discussed in the latest Oeko-Institut podcast, released today.

“Emissions trading has contributed to a 40% reduction in greenhouse gas emissions from European power generation facilities and industry between 2005 and 2020,” says Verena Graichen, an EU emissions trading expert and one of the “Wenden bitte!” podcast guests. “But it is not a panacea – quite the contrary: other complementary measures are needed to reach the target of net zero by 2050. They include the expansion of renewable energies, more resource and energy efficiency, and the use of other breakthrough technologies such as green hydrogen.”

The podcast audio is in German; an English translation of the exchange is here.

Emissions trading in the EU trilogue

The EU member states are currently holding discussions with the European Parliament and the Commission on the further development of the EU Emissions Trading System (EU ETS) as part of the Fit for 55 package. The debate focuses on a more ambitious cap on permissible emissions in the ETS sectors, protection for EU industry against international competition, the extension of the EU ETS to maritime transport, and the alignment of the Market Stability Reserve, whose purpose is to balance supply and demand in relation to emissions allowances.

“With regard to protection against competition, the European Commission has proposed a new instrument, the Carbon Border Adjustment Mechanism, or CBAM for short,” Verena Graichen continues. “The free allocation of allowances for industry will be progressively reduced and instead, a carbon price will be levied on imports into the EU in order to account for the emissions produced during their manufacture abroad.”

Knowledge rather than everyday advice

The Oeko-Institut’s German-language podcast “Wenden bitte!” – “All change please!” is aimed at listeners from politics, science, the media, NGOs and the general public – anyone with an interest in political and environmental issues. Co-presenters of the podcast are Nadine Kreutzer, journalist and presenter, and Mandy Schossig, Head of Public Relations & Communications at the Oeko-Institut. For about an hour – enough time for the “long haul of environmental podcasts” – they talk with one of the Oeko-Institut’s experts about upcoming transformations towards sustainability.

Episode 7: “Wie gelingt die Wärmewende?” – “How will we make the heat transition a success?” with Dr Veit Bürger, released 22 September 2022

Episode 3: “Was bringt die Bürgerbeteiligung bei der Endlagersuche?” – “What use is public participation in the search for a final nuclear repository?” with Julia Mareike Neles, released 1 July 2021

Episode 4: “Wie verlängern wir das Leben unserer Elektrogeräte?” – “How can we prolong the life of our electrical equipment?” with Siddharth Prakash, released 5 August 2021

Episode 6: “Was bringen internationale Klimaverhandlungen?” – “What use are international climate negotiations?” with Anke Herold, released 28 October 2021