How much does our food really cost? 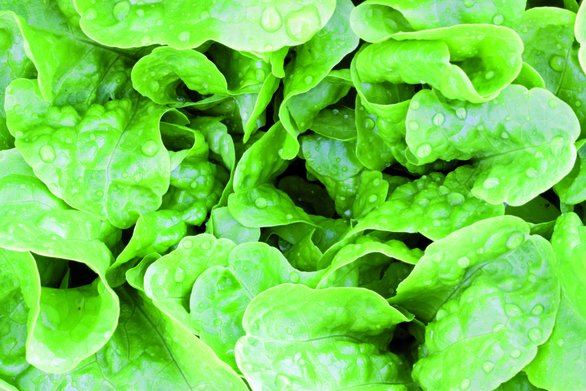 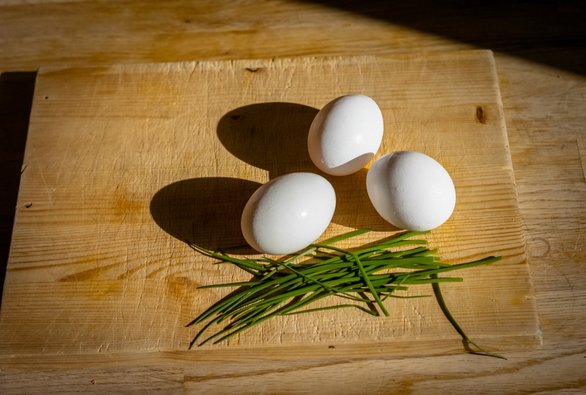 We do it every day. Several times. Sometimes without thinking, sometimes consciously. Sometimes without even noticing it, sometimes employing all the senses. Eating is part of life, like breathing or sleeping. Where, how and what we eat has a major influence on our well-being and our health. Our food doesn’t just affect us, however, but the environment, climate and society as well. That is because a range of environmental and societal effects are associated with the production of food. These incur costs, such as for drilling for fresh drinking water resources on account of pollution from pesticides or fertilisers in other supplies. As part of a donation-funded project, the researchers at the Oeko-Institut have analysed which greenhouse gas emissions are caused by different dietary styles and which external costs – that is, costs that are not included in the shop price – are attributable to food.

Food is responsible for approximately one fifth of the greenhouse gas emissions generated in Germany, and more than half of these come from agriculture. Some of the emissions arise from the digestive process of ruminants such as cattle. “The greenhouse gas methane is produced during fermentation”, explains Dr. Jenny Teufel, a scientist at the Oeko-Institut, “but greenhouse gases are also produced by fertilising soils or if meadows and pastures are ploughed up for arable fields.” Oeko-Institut researchers analysed the extent of the potential greenhouse gas emissions of different dietary styles for the donation-funded project titled “Is good food really expensive?” “We looked at a vegan diet and an ovo-lacto vegetarian diet, that is, containing no meat, but including eggs and dairy produce”, Teufel reports, “and as well as that we investigated the greenhouse gas emissions for a style of diet based on the recommendations of the German Nutrition Society (DGE), and for a high-meat diet, which approximates the average dietary style in Germany.” In this comparison the high-meat diet had the highest potential emissions, at around 1.8 grams of carbon dioxide equivalent per calorie (g CO2e/kcal). However, someone following the DGE’s recommendations – so reducing his meat consumption by 60 per cent in comparison with the high-meat diet, while at the same time increasing his consumption of dairy produce by around 30 per cent – is responsible for around 1.58g CO2e/kcal, equating to 12 per cent fewer greenhouse gas emissions. “The most sustainable type of diet from a climate perspective excludes meat, dairy produce and eggs altogether”, says Jenny Teufel. “An ovo-lacto vegetarian diet generates 1.34 grams of carbon dioxide equivalent per calorie, while a vegan diet produces just 1.13 grams.”

So, a shift in diet to low-meat meals benefits the environment and the climate. “And switching to organic food is an important step as well”, says Teufel, “as key sustainability requirements underlie its production.” However, she continues, food based on organic produce also means higher costs for the consumer – in particular, meat produced organically is more expensive than meat from conventional farms. “Our study showed that aspects relevant for many consumers, such as animal welfare and the traceability of feedstuffs, have their price”, she explains. Under these circumstances many households cannot afford to switch completely to organic food. However, a more sustainable diet is possible and achievable even without a total change in dietary style. “Reducing the consumption of meat and dairy produce is very important, because these two product groups have a major impact on the environment and the climate”, says Teufel. “For example, people who enjoy fish should definitely avoid endangered species.” Consumer behaviour is a crucial factor on the path to environmentally responsible food as, after all, almost a third of food-related emissions are generated by private consumption – this includes driving to the shops, food storage and preparation, and washing up. “It makes a difference to the climate balance if I use a pressure cooker or not”, explains Dr. Teufel. She thinks consumers could do a lot in this respect, and also where shopping trips and planning their shopping are concerned. “We should combine a lot of errands and do them as sustainably as possible – ideally on foot or by bicycle”, she says, “and besides this, we should only buy the things we really need and actually use – far too much food is thrown away, which of course has consequences for the environment as well.”

People who follow this simple guidance can make an important contribution to more sustainability with little cost to themselves. Moreover, our own shopping expenditure is not the only economic cost associated with our food. “In addition there are what are known as the indirect, or external, costs”, says Jenny Teufel. “By these we mean those costs that arise in the production of an item, but are not included in its price – for example, social costs from unsustainable production practices, or costs arising as a consequence of the environmental impacts of production. These costs are borne by society in the consumer or producer countries.” If, for example, nitrates or pesticides from farming contaminate groundwater, this creates costs for such things as drilling for fresh drinking water supplies and treating acute and chronic illnesses caused by pesticide use, costs from the emergence of pesticide resistance and the loss of biodiversity, and costs from developing and implementing statutory measures to limit the damage. A 2005 study put the annual cost arising from pesticide use at almost 121 million euros in Germany alone. The massive use of antibiotics in conventional livestock farming is blamed for the emergence of antibiotic resistance – costs are being incurred in the development of new antibiotics, although these have not yet been calculated. Also included in the indirect cost of food are farming subsidies such as those regulated by the EU’s Common Agricultural Policy (CAP). These cost every EU citizen at least 100 euros every year. “Health costs, too, resulting from excessive consumption of foods such as meat, milk and sugar, are included in the wider sense in the indirect costs of food”, says Dr. Teufel. “In most countries the treatment of obesity accounts for one to three per cent of the cost of the health system, and in the USA it is as high as five to ten per cent.” In addition, excess weight is regarded as one of the main causes of type 2 diabetes mellitus. “According to the Federal Statistical Office, health costs of over six billion euros arose in Germany in 2008 from diabetes mellitus alone”, says Teufel. The treatment of other diseases resulting from an unhealthy diet, such as obesity and adiposity, and cardiovascular diseases, which can occur as a consequence of excess weight, generates additional costs.

As part of the donation-funded project, the Oeko-Institut researchers investigated which external costs can be of specific significance for a product, using the example of fresh tomatoes. “We compared production in Holland, Spain and southern Germany”, explains Jenny Teufel, “which showed that in Holland financial support for the modernisation and expansion of glasshouse culture is clearly not factored into the price.” She points out that in Spain it is predominantly the improvements in the water supply infrastructure for tomato growing that create external costs. Furthermore the fact that, in comparison to the national cost of living, lower wages are paid there than in Germany and Holland plays a major role. “In such cases the state may have to help out. External costs of this sort are not met directly by consumers”, Teufel continues. “They bear them indirectly, for example via European or national budgets.”

Through the donation-funded project the Oeko-Institut researchers have gathered a wealth of important information. Nevertheless, Dr. Jenny Teufel stresses that further research into all kinds of aspects of nutrition and food systems is needed. Gathering comprehensive data is a particular concern. “In addition, it is my view that new indicators must be defined for evaluating food production”, she proposes. “Energy efficiency is not always the right indicator.” Food systems are also a matter of quality of life and the preservation of cultural landscapes. The question is: How might a sustainable diet that is fair for all be configured in the future? Christiane Weihe

Eating in the refectory? That still makes a lot of people think of tasteless mass-produced meals prepared in a hurry rather… more

The difficult path to the environmental footprint

The yoghurt isn’t any whiter. It isn’t any easier to stir. And it probably doesn’t taste any different, either. As with other… more