New challenges for the power industry 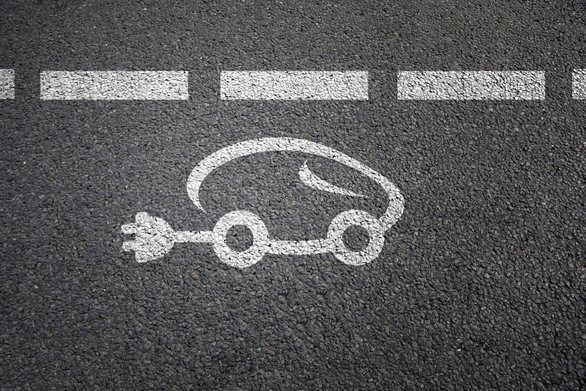 Super 95 or 98, E10 or not, diesel or automotive LPG: we already have a range of vehicle fuel options available. But there’s one fuel which is still comparatively under-utilised: electricity. This situation can and should change, according to the Oeko-Institut’s experts, for electromobility can make a major contribution to energy system transformation and the attainment of the German Government’s climate targets – provided that it is based on green power. In a new study, our researchers conducted an in-depth analysis of the potential electricity demand for transport to 2050 and the implications for the energy industry.

The OPTUM project – the name stands for “Optimising the environmental benefit of electric vehicles” – had already furnished the proof: if the German Government comes close to achieving its target of putting up to six million electric vehicles on Germany’s roads by 2030, this will have significant implications for power industry emissions. Germany’s renewable energy surplus will not be sufficient to supply 100 per cent green power for electromobility by 2030: this is one of the key findings of the study, which was commissioned and funded by the German Federal Ministry for the Environment, Nature Conservation, Building and Nuclear Safety (BMUB). This means that more renewable energy capacity will be required than is envisaged in current scenarios. Otherwise, electromobility will drive up power industry emissions.

A further study, entitled “E-Mob 2050: Scenarios for electromobility’s climate contribution”, goes further than OPTUM, for it investigates how the trend towards transport system electrification will affect power generation and considers the changes that will be required in the power industry to 2050. It thus takes a longer view than the OPTUM analysis. “We looked at potential electricity demand trends in the transport sector to 2050,” explains Florian Hacker, a senior researcher at the Oeko-Institut. “Our analysis concludes that there will a significant increase in demand, especially after 2030, due to new technologies and the expansion of e-mobility.” The study focused on electric vehicles, but also considered the implications of (possible) electrification of the transport system as a whole. “The analysis includes all modes of transport that can be powered by electricity at present or in the near future,” Florian Hacker explains. “That excludes aviation and maritime transport, as it’s unlikely that electric propulsion will be feasible here.” Besides looking at electric cars, the experts turned the spotlight on road and rail freight, as well as investigating the use of power-to-gas and power-to-fuel to replace conventional equivalents in the transport sector. “In terms of efficiency, this technology leaves something to be desired because it consumes large amounts of electricity,” says Florian Hacker. “For that reason, large-scale use of these fuels for climate change mitigation should only be considered for applications which don’t allow the use of electric propulsion, such as aviation.”

For E-Mob 2050, the Oeko-Institut’s experts worked with other scientists and the business community to develop two scenarios on possible market trends for electric propulsion systems and green power-to-fuel. Both are based on the assumption that there will be a substantial expansion in the use of electricity in the transport system by 2050. “The Boundless E-Mob scenario is posited on a further increase in transport demand,” Florian Hacker explains. “In the Regional E-Mob scenario, on the other hand, mobility behaviour changes and there is a substantial reduction in transport services compared with the present level.”

The study shows that an increasing role for e-mobility in passenger and goods transport by 2050 will drive up electricity demand for transport; in the scenarios, its share of electricity demand rises to 15-25 per cent. “This would make the transport sector a major electricity consumer, and if power-to-gas and power-to-fuel are included, the percentage is even higher,” says Florian Hacker. If the additional demand is not met from renewables, this could increase power industry emissions by an additional 16 or 50 million tonnes, depending on the scenario (Regional E-Mob or Boundless E-Mob). However, the use of renewables offers the potential for substantial transport emission reductions – by more than 80 per cent compared with 1990, with no increase in power industry emissions. “Even so, the additional demand for renewable energies would then exceed the current expansion scenarios by a considerable margin,” says Florian Hacker. “And there is very little scope to meet this demand from unused surpluses.”

Nonetheless, expanding the renewable energy capacity to such an extent that it meets e-mobility demand in full will also create surpluses. “That’s because there will always be moments when either all the vehicle batteries in the system are fully charged, or the charging stations simply don’t have enough capacity to integrate all the renewable energy,” explains Florian Hacker. For 2050, the scenarios therefore allow for a 9-10 per cent surplus in the total amount of renewable electricity produced. “One option is to turn this power into gas or fuel, although this may not fully utilise the peak output from renewables. However, it’s better to utilise the green power directly wherever this is technically feasible, simply because power-to-gas and power-to-fuel systems are less efficient.”

Florian Hacker highlights another of the study’s findings: due to the high efficiency of electric propulsion systems, large-scale electrification can also dramatically reduce the transport system’s final energy demand. “In the Boundless E-Mob scenario, there is a 66 per cent reduction in demand compared with 2010, and a staggering 77 per cent reduction in the Regional E-Mob scenario by 2050.” This would exceed the German Government’s 40 per cent reduction target by a substantial margin. He adds: “A comparison of the two scenarios shows that final energy demand – and therefore the additional expansion requirement for renewable energies – would be much lower if we focused on avoiding unnecessary transport use and promoting a modal shift.

With its E-Mob 2050 project, the Oeko-Institut underlines the clear need for action on electricity demand in the transport sector and highlights the interaction with the power industry. “If electric vehicles are to make an effective contribution to protecting the climate, we need to look to the future now – and take appropriate action,” says Florian Hacker. “The core message is that rising demand for electricity must be met from renewables if e-mobility is to help achieve the much-needed improvement in the transport sector’s carbon footprint.” If electricity demand from transport develops as predicted in the project scenarios, but without a corresponding expansion of renewable energies, most of the additional electricity demand will have to be met from conventional fuels. And the choice between coal and solar really should be an easy one to make. Christiane Weihe

When it comes to protecting the climate, the transport sector seems to have gone off the rails. It certainly hasn’t made much… more

If we want people to choose sustainable transport options, we have to offer them something in return, says Dr. Konrad Götz.… more