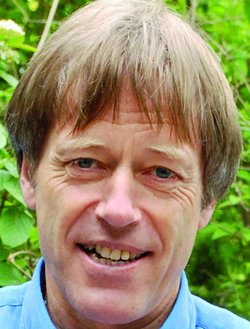 I am proud to say that I myself had a hand in pioneering energy system transformation at the Oeko-Institut in the early days. Together with three of my colleagues, I was involved – until 1985 – in drafting the Institute’s strategy on recommunalisation of the energy supply, which offered analyses and made recommendations on removing the obstacles to implementation of the blueprint for an energy turnaround, published by the Oeko-Institut in 1980. A key priority was to abolish existing economic disincentives, such as the tariff structures and legal frameworks – especially the system of concession fees – that favoured the electricity oligopolies. We also wanted to replace undemocratic decision-making structures with local, citizen-led processes. In the mid 1980s, the findings of climate research and the Chernobyl disaster gave our approach a considerable boost.

At first, very few of the municipal utility companies (Stadtwerke) were willing to embrace our ideas. Nonetheless, with a few of them, we were able to establish interesting forms of cooperation and develop new energy services. We devised a least cost planning (LCP) package for the Stadtwerke in Hanover, for example, demonstrating that action on energy efficiency pays off, not only for the municipal utilities but also for customers.

The projects generated a wealth of information that we then attempted to apply locally in Freiburg. As a member of the Freiburg Climate Action Alliance, the Oeko-Institut proposed an energy-saving scheme for Freiburg’s local energy supply company FEW, which involved the distribution of low-energy light bulbs to FEW’s customers free of charge. We estimated that replacing light bulbs offered the potential to save around three million deutschmarks, benefiting the municipal utilities and customers alike. After some initial scepticism on the part of the company – which we managed to overcome with public events and discussions with local councillors – the project became reality. The “Meister Lampe kommt” (Lamplighter) scheme was a great success, prompting the then Lord Mayor Rolf Böhme to remark that “with this project, FEW has finally made the leap from a conventional supply company to a modern service provider”.

The months after the Chernobyl disaster were a turbulent time. The Oeko-Institut was inundated with hundreds of phone calls from people desperate for advice, as well as offers of help from would-be volunteers keen to make a difference. So the Institute called for the establishment of independent energy transition committees. Just a few months after the reactor disaster, the Oeko-Institut’s coordination team was providing support for around 400 local groups, all of which were working hard to create a wind of change in their municipalities’ energy policy. This citizens’ movement was, in my view, a pioneering force in energy system transformation in the early days.

With energy industry deregulation in 1998, least cost planning was consigned to history. New ideas were needed, and so the focus of the debate shifted to topics such as emissions trading, green power and performance contracting. Implementing real-world projects is always the most exciting aspect of the Oeko-Institut’s work, and so three of its staff launched the ECO-Watt project at a local comprehensive school, Staudinger Gesamtschule. With this performance contracting project – funded by local citizens – we were keen to show that saving energy and investing in energy efficiency and renewables pays off. This early example of crowdfunding was a resounding success: even before we could sign a contracting agreement with the City of Freiburg, the fund was already fully subscribed with contributions from teachers and other local residents. Here too, there was considerable resistance, this time from the local authority, which we were able to overcome thanks to the Oeko-Institut’s good reputation and cooperation with environmental groups and the media. The scheme’s success proved that the project initiators were right and helped to promote a rollout of performance contracting.

Nowadays, the need to protect the climate is widely accepted and, generally speaking, is unopposed. The only point of controversy concerns the strategies and mechanisms that should be deployed to achieve the targets. At the half-way stage, are we ahead of the game, or do we have some ground to make up? It’s difficult to say. One thing has become clear in recent months, however: the mood has shifted. This is apparent from the reform of Germany’s Renewable Energy Sources Act (EEG 2.0) and the media and political campaign being waged in parallel by some sections of government and industry, which aims to justify putting the brakes on the energy turnaround. The growing success of renewables is intensifying the pressure on Germany’s “big 4” – and these energy corporations then put pressure on politicians.

It’s an exciting time. The outcome will be decided in the second half!

Before Dieter Seifried – who holds degrees in economics and engineering – founded the Ö-quadrat consultancy in 1999, he worked for the Oeko-Institut for 16 years, focusing among other things on contracting and renewable energies. As Ö-quadrat’s CEO, he continues to work on energy industry and policy issues and strategies. In parallel, he lectures on energy topics at the University of Applied Sciences and Arts of Northwestern Switzerland (FHNW) and acts as an overseas project consultant for GIZ.

Germany has set itself clear targets for the coming years and decades: a 40 per cent reduction in greenhouse gas emissions by… more