What does the future hold for PtX? 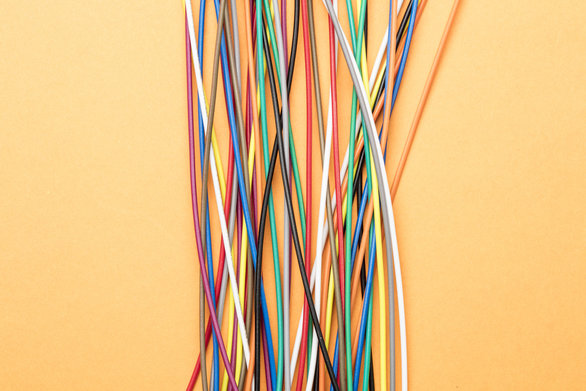 Use gas and fuel with a clear conscience? Power-to-X materials – PtX for short – seemingly make air travel possible with no awkward questions about sustainability. This is because the production of PtX materials is based on (renewables-generated) electricity. However, this does not necessarily mean that they are sustainable or that their broad-scale use is appropriate. To be genuinely sustainable, PtX materials must be based on additional renewable energy sources – and much of this energy input is lost during production. So where can PtX materials be usefully deployed, and what role might they play in mitigating climate change in future? Studies by the Oeko-Institut aim to answer these questions.

“There are different interpretations of what PtX actually means,” says Christoph Heinemann, a Senior Researcher in the Oeko-Institut’s Energy and Climate Division. “Indeed, heat pumps are sometimes classed as PtX technology because they convert power into heat. But when we talk about PtX materials, we generally mean gaseous or liquid substances that are produced with the aid of electricity.” And this production is a complex procedure. As the first step in all PtX production, water is converted into hydrogen using electricity in a process known as electrolysis. The hydrogen can be used directly; before being stored or distributed, however, it must be compressed or liquefied, which requires additional energy inputs. “And as the next step, the hydrogen can be processed into other gaseous or liquid fuels, such as methane, or e-fuels like synthetic kerosene and diesel. In that case, carbon dioxide is additionally required to produce these hydrocarbons.”

HOW SIGNIFICANT IS PtX?

“PtX materials may well have a meaningful role to play in certain sectors such as aviation, shipping and industry,” says Christoph Heinemann. “In fact, the use of PtX materials can probably help to protect the climate from 2030 onwards – provided that certain conditions are met.” In the study “The significance of electricity-based materials for climate protection in Germany”, the Oeko-Institut looks at current knowledge about power-based fuels and turns the spotlight on their production, use and costs. The study was conducted within the framework of the ENSURE – New Energy Network Structures for the Energy Transition project funded by the German Federal Ministry of Education and Research (BMBF). In the study, the researchers show that from a climate perspective, it is only worth converting electricity into PtX materials if at least 75 per cent of this electricity input comes from renewable sources. “Otherwise, the greenhouse gas emissions are even higher than emissions from fossil fuels, i.e. coal, oil or natural gas,” Christoph Heinemann explains. Diesel combustion, for example, emits 306 g CO2 per kilowatt hour (kWh); the figure for natural gas is 241 g CO2/kWh. In Germany’s electricity mix (2018), which produces 474 g CO2 per kilowatt hour (kWh), the CO2 intensity of PtX ranges from 700 to 1,100 g CO2/kWh, depending on the efficiency of the conversion processes involved.

As Christoph Heinemann emphasises, the green electricity required to produce PtX materials must come from additional sources, which requires an expansion of capacity. “If additional renewable energies are used, PtX production can be almost climate-neutral. However, this will require substantial resource inputs, as well as a considerable amount of land. In Germany, it is already proving difficult to generate public acceptance of the renewables expansion that is needed even without widespread use of PtX.” The energy expert therefore thinks it is likely that electricity-based materials will in future be imported in large quantities from other countries, partly because the costs of producing hydrogen are higher in Europe than in North Africa, Australia, Chile or the Middle East, for example. “Costs are influenced by a variety of factors,” he says. “For instance, they are lower at sites with optimal conditions for power generation from renewables. And transport costs are only really a major factor in relation to hydrogen.”

In an impulse paper entitled “Not to be taken for granted: climate protection and sustainability through PtX” produced on behalf of BUND (Friends of the Earth Germany), the Oeko-Institut also makes it clear that for PtX to have a positive climate impact, the CO2 required for their production must be captured from the air or from sustainable biomass use – the only sources of CO2 that do not produce greenhouse gas emissions. “In theory, the CO2 inputs could come from industrial processes,” says Christoph Heinemann. “However, there is then a risk that industry’s emission reductions will slow down. These CO2 emissions could then acquire value as a raw material, potentially creating negative incentives and adversely impacting on emissions trading.”

In the study conducted within the framework of the ENSURE project, the Oeko-Institut also reveals the high costs of producing PtX materials. Even with optimised processes and efficiency increases, they are still likely to be more expensive than their fossil counterparts over the long term, according to the study. “So before using electricity-based fuels, other more cost-effective steps should be taken first: more energy efficiency and other measures to reduce energy demand, such as insulation of buildings,” says Christoph Heinemann. “Direct electricity use is also far more efficient because of the conversion losses associated with PtX production.” With the current state of technology, after production and storage, the energy content of gaseous hydrogen relative to the energy content of the electricity input is only around 61 per cent; for gaseous methane, it is 52 per cent, falling to just 45 per cent for e-fuels. Efficiency in the production of gaseous or liquid electricity-based fuels is likely to increase in future: the Oeko-Institut is predicting a conversion potential of 70 per cent for gaseous hydrogen, 61 per cent for gaseous methane and 53 per cent for e-fuels. Even so, direct electricity use remains the more efficient option. “PtX materials should be used primarily in sectors where direct electricity use is difficult or impossible – in aviation or high-temperature industrial applications, for example,” the scientist says. They may also have a meaningful role to play in steel production or in long-term electricity storage. The chemical industry also uses hydrogen to produce ammonia, methanol and ethyls, for example.

Given the numerous challenges, the Oeko-Institut’s energy expert believes it is essential, in any discussion of PtX, to approach the topic with an open mind, to make realistic assessments of these fuels’ potential and always to be willing to reappraise one’s position. “Looking at the climate scenarios, it is clear that moving forward without PtX will be difficult,” he says. “In a near-carbon-neutral energy system in 2050, we are likely to require several hundred terawatt hours of PtX. So for that reason, not least, we will keep the issue of PtX under critical review here at the Oeko-Institut, with a particular focus on the sustainability dimension.” There is still a great deal of controversy over the future role of hydrogen and electricity-based fuels. “Our analyses are also intended to ensure that this is an objective debate,” says Christoph Heinemann.

Another factor of importance for sustainable, future-focused PtX use is consistent and timely political control that takes account of the costs and technical challenges associated with PtX materials, assesses them transparently and derives future-proof solutions on this basis. The National Hydrogen Strategy, adopted in June 2020, and the appointment of a National Hydrogen Council – whose members include Dr Felix Christian Matthes from the Oeko-Institut – are key steps in this direction. The German government plans to invest a total of nine billion euros in boosting the hydrogen market and promoting initial applications in industry, for example.

From the Oeko-Institut’s perspective, however, PtX should only be promoted if there is certainty from the outset that they will genuinely reduce greenhouse gas emissions. “Given that the use of PtX is likely to rely heavily on imports in future, timely consultations with potential supplier countries are essential, as is the establishment of an appropriate infrastructure,” says Christoph Heinemann. “Adoption of uniform sustainability criteria – based on European import standards or international certificates, for example – is a further key requirement.” The fact is that if we want to use PtX, we must do our utmost to ensure that they are as sustainable as possible and genuinely reduce carbon emissions.

Christoph Heinemann studied Geography, Political Economy and Business Management. A Senior Researcher in the Oeko-Institut’s Energy and Climate Division, his areas of expertise include innovative power products, modelling of the future energy system and the integration of renewable energies.

Article by Christoph Heinemann for the Oeko-Institut blog: Building sustainability into the national hydrogen strategy

Impulse paper: Not to be taken for granted:
climate protection and sustainability through PtX. Discussion of requirements for and first approaches to developing verification criteria for a climate-friendly and sustainable production of PtX

Not the first choice

Electricity-based fuels in the transport sector

Back in the mid 1990s, Daimler-Benz set out to develop a hydrogen car in its drive towards an eco-friendly future. More than…

more
Not the first choice

“There are practical as well as ethical issues at stake”

Interview with Dr Joachim Fünfgelt (Bread for the World)

The Oeko-Institut predicts that in a near-carbon-neutral energy system in 2050, several hundred terawatt hours of PtX will be…

more
“There are practical as well as ethical issues at stake”