Not the first choice

Electricity-based fuels in the transport sector 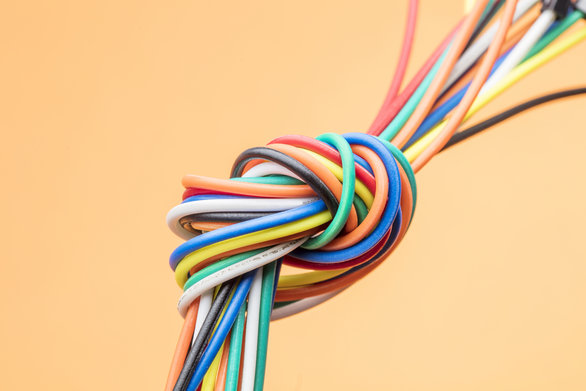 Back in the mid 1990s, Daimler-Benz set out to develop a hydrogen car in its drive towards an eco-friendly future. More than 20 years on, vehicles powered by hydrogen or synthetic hydrogen-based fuels – known as e-fuels – are a rarity on German roads. Liquid fossil-based fuels such as diesel and petrol dominate the transport sector, while electromobility is proving to be an efficient alternative to hydrogen fuel cells. What role can e-fuels play in future? Where can electricity-based fuels be meaningfully deployed, and how soon? The Oeko-Institut is working to find answers to these questions.

When it comes to protecting the climate, the German transport sector certainly needs to up its game. Its target is to be near-climate-neutral by 2050, yet its 2019 emissions were still on a par with the 1990 level, at just over 163 million tonnes of CO2e. How worthwhile is it to rely on e-fuels to bridge the gap? In theory, electricity-based fuels can reduce transport emissions if they are produced in accordance with clear sustainability criteria – using additional renewable energies, for example (for more details, see “Power to fuel – What does the future hold for PtX?”).

But this would be a very costly approach. “Achieving more climate change mitigation in the transport sector largely on the basis of e-fuels is the most expensive option,” says Peter Kasten, a Senior Researcher at the Oeko-Institut. “For that reason, other approaches should be explored first.” This means traffic avoidance and a modal shift, with more walking, cycling and public transport use. Increasing the efficiency of existing drive systems and more e-mobility should also be priorities, according to the Oeko-Institut. “Electric vehicles are roughly two and a half times more efficient than vehicles with combustion engines. If the losses incurred in the production of e-fuels are factored in as well, the direct use of electricity consumes up to five times less power for the same journey compared with e-fuels,” says Peter Kasten. “What’s more, avoidance and a modal shift, along with efficiency increases and electrification of propulsion systems, already offer potential to reduce transport emissions by more than 80 per cent.” In a short study entitled “Current knowledge and the possible significance of e-fuels for climate protection in the transport sector”, produced by the Oeko-Institut on behalf of Climate Alliance Germany, he outlines the challenges associated with e-fuel production and compares them with other climate change mitigation measures in the transport sector.

In larger vehicles as well as passenger cars, electric propulsion is the better alternative to hydrogen or e-fuels due to its much higher efficiency rates. “For example, in a diesel truck powered by synthetic fuel, around 80 per cent of the energy from the electricity input is lost in conversion. The figure for a fuel cell truck powered by renewable hydrogen is roughly 70 per cent,” Peter Kasten explains. “For e-trucks powered by batteries or overhead cables, the rate of loss is much lower: conversion losses in these vehicles are below 30 per cent, with overall efficiency of 73 per cent.” What’s more, the transition towards e-mobility – unlike electricity-based fuels – is already well under way. “The technology is more advanced and e-mobility is becoming increasingly affordable. And we have already seen many vehicle manufacturers pulling out of hydrogen technology altogether,” says Peter Kasten. “It’s also important to ensure that policy incentives for e-fuels do not undermine the development of battery electric mobility.” From the Oeko-Institut’s perspective, however, this does not mean that there is no place for electricity-based fuels in the transport sector. “The technology is especially suitable for aviation and shipping, so policy-makers should provide incentives to ensure that fuels are developed specifically for these sectors.”

There is another reason why electricity-based fuels are not suitable to support a rapid energy transition: although decades have passed since hydrogen vehicles first made an appearance, many experts believe that industrial production of electricity-based fuels at scale lies many years in the future. “We are probably looking at a minimum of 10 years,” says Peter Kasten. “A figure of around 30 petajoules per annum is seen as technically feasible for Germany by 2030 – in an ideal scenario.” By comparison, Germany’s transport sector – including shipping and aviation – used 2,800 petajoules of fuel in 2018, with road transport accounting for the major share, i.e. around 2,300 petajoules.

So why the delay in producing sustainable e-fuels at scale? One factor is the additional renewable energies required: the pace of renewable energy system expansion is limited. These 30 petajoules would require an additional 15-18 terawatt hours of power. Although industrial production is unlikely to take place here, a glance at Germany is instructive: producing this amount of extra power would require the construction of an additional 610 offshore or up to 2,900 onshore wind turbines – over and above the expansion that is already planned. “In the medium term, for climate-friendly production of e-fuels, you also have to use CO2 that is captured from the atmosphere, which is currently very expensive and only possible in micro-scale and pilot plants,” Peter Kasten explains. “If you use CO2 from other sources – such as fossil-based industrial processes – the sectors concerned no longer have any incentive to cut their CO2 emissions. That means that the production of e-fuels can indirectly increase emissions in other sectors and substantially reduce the potential for climate change mitigation.”

An industrial-scale production plant would also require planning, consultations and the development of a transport infrastructure. And not least, it would need investors. However, the investment climate is beset with uncertainty at present, as the EU’s recast Renewable Energy Directive (RED II) is still in the process of being transposed into German law. “The criteria for calculating the greenhouse gas balance and the supply of electricity for producing e-fuels have not yet been established. The standards that must be met by production plants if their e-fuels are to qualify for classification and support as sustainable fuels will not be available until 2021,” says Peter Kasten. “Given that a large-scale PtX production plant will require several billion euros in investment, financial backers are likely to be reluctant to come forward until then.” The Oeko-Institut is advising the German Federal Ministry for the Environment, Nature Conservation and Nuclear Safety on the transposition of RED II. “It’s an exciting and important task – because this legislation will determine how these fuels reach the German market,” says Peter Kasten. And it will also shape the future of hydrogen in the transport sector more than two decades after Daimler first announced its hydrogen car production – suspended since mid-2020.

Peter Kasten’s research focuses on sustainable mobility. A Senior Researcher in the Resources and Transport Division, he works on topics such as alternative mobility strategies, sector coupling of energy and transport, and CO2 avoidance in transport at the EU level.

What does the future hold for PtX?

Use gas and fuel with a clear conscience? Power-to-X materials – PtX for short – seemingly make air travel possible with no…

“There are practical as well as ethical issues at stake”

Interview with Dr Joachim Fünfgelt (Bread for the World)

The Oeko-Institut predicts that in a near-carbon-neutral energy system in 2050, several hundred terawatt hours of PtX will be…

more
“There are practical as well as ethical issues at stake”