Decision-making for the future

Public participation in the search for a final storage site 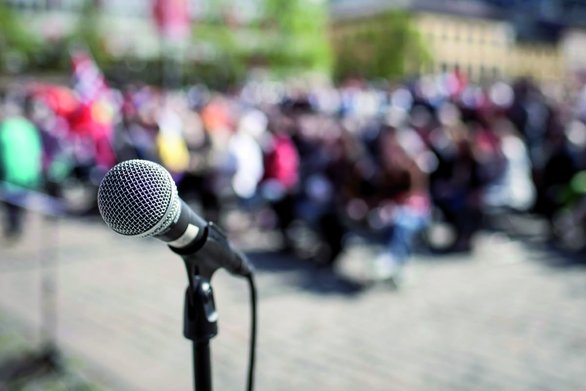 Germany is looking for a final storage site for its nuclear waste. The 2013 Repository Site Selection Act (Standortauswahlgesetz) created the framework for a multi-stage process which began with the establishment of the Commission on the Storage of Highly Radioactive Materials in 2014. The process of selecting a suitable site for the long-term storage of high-level radioactive waste (HLW) will start in 2016. According to researchers at the Oeko-Institut, however, it could be decades before the facility comes into operation – and next century before it is finally sealed. In other words, even for today’s schoolchildren – and their descendants – the problem won’t go away. That’s one of the reasons why the process to identify a final storage site must involve the general public, especially the young generations.

Germany will complete its nuclear phase-out within the next few years. For low- and intermediate-level radioactive waste, Schacht Konrad (Konrad pit) has been designated as a repository site. However, a solution has yet to be found for waste from uranium enrichment and waste from the at-risk Asse nuclear waste storage facility. And there is still no suitable site for the final storage of the nuclear age’s most dangerous legacy: “By the time nuclear power is phased out, there will be an estimated volume of around 28,100 cubic metres of high-level heat-generating radioactive waste, which will need to be stored safely and securely,” says Julia Neles, a researcher at the Oeko-Institut. This waste consists of spent fuel elements and radioactive waste from reprocessing.

“We can’t duck the issue: we have to make a decision on a final storage site. We can make a well-informed decision by weighing up the various options and choosing the safest solution,” says Julia Neles. But this creates major challenges, for nuclear waste poses a threat to human health and the environment over extremely long time periods. The period during which the site must be able to contain radiation has been set at one million years – “a time span for which it is feasible to make firm predictions from a geoscientific but not from a technical safety perspective”. According to Julia Neles, deep and stable geological formations are required. “Suitable types of host rock available for consideration in Germany, broadly speaking, are rock salt, clay shale and crystalline rocks such as granite. The site must offer security from attacks or misuse and withstand climatic changes,” she says. The repository may be monitored for a time after sealing and the waste could be removed from the facility if necessary, but continued safe storage should not depend on the adoption of active safeguard measures for an indefinite period, as the time spans involved are simply too long.

Since May 2014, the Commission on the Storage of Highly Radioactive Materials has been working on the first stage of the search for a site. It is evaluating the Repository Site Selection Act and drawing up recommendations on selection criteria. A key goal is to ensure that the site selection process is clear and transparent. The Commission consists of 16 political representatives with no voting rights and 16 members with voting rights: eight of the latter group are scientists, while the other eight are appointed by environmental NGOs, the trade unions, the churches and the business community, which each send two representatives. Next, there is a three-stage process to identify a site. First, unsuitable areas will be excluded, and then a multi-day exploratory visit to potential sites that meet minimum criteria will take place. “And finally, the third stage involves an underground inspection of the potential sites, a comparative analysis, and the selection of a site for the repository,” Julia Neles explains. The aim is to identify, by 2031, a repository site for high-level radioactive waste and spent fuel elements, which are currently being stored in 16 interim storage facilities in Gorleben, Ahaus, Greifswald and Jülich and at the nuclear power plants themselves.

Expert Julia Neles emphasises the importance of public participation in this decision. The site selection process will affect specific regions and the people who live there. At the end of the process, one region will face the very real prospect of a repository, and one community will host the facility. “It is crucially important to prepare people and involve them in the site selection process before they are actually confronted with the reality,” says Julia Neles. “They need information so that they can respond when the time comes and take part in the consultation process.” In her view, the phase in which a repository site is determined will be crucial to the success of the process as a whole.

Reliable information is the basis for effective participation – and the Oeko-Institut’s researchers have a wealth of expertise on final storage issues. “This is expertise that we are keen to share,” says Julia Neles. “We can offer the public a politically independent assessment of the challenges, processes and decisions.” In fact, the researchers are already playing an active role: they are available as panellists and resource persons for events focusing on final storage issues. “We have already given a number of presentations and welcome every opportunity to provide information and promote debate by sharing our expertise.”

For the experts, the young generation is a particular focus of interest. “Today’s young people are tomorrow’s decision-makers. They are the people who may well be directly affected by a final storage facility,” says Julia Neles. “So it’s very important to ensure that they are fully informed today – also about their opportunities to participate.” Together with the Independent Institute for Environmental Issues (UfU) and with support from the Legacy for the Future Foundation, the Oeko-Institut has therefore produced teaching materials for schools, including a guide for teachers on lesson planning, a glossary of final storage terms, and a presentation that teachers can use to introduce the topic. “We have also produced a comprehensive set of information cards that present the topic in more detail. They cover five different aspects of the search for a final storage site, including radiological protection and nuclear industry legislation,” explains Julia Neles. The teaching materials focus on the young generation’s own concerns about the final storage of nuclear waste. The aim is to encourage them to engage in the consultations from an early stage, despite the complexity of the issue.

A dialogue of equals

In the Oeko-Institut’s view, it is now vital to offer further services, awaken interest in the subject, and restore faith in the people who are committed to finding a solution to the final storage issue now and in future. “Young people in particular must be given the opportunity to engage with this issue,” says Julia Neles. “We want to reach as many young people as possible and give them the skills they need to tackle the challenges that lie ahead.”

The Oeko-Institut’s experts want to see a critical public which challenges and questions, draws on its own expertise and demands compliance with the criteria. The Repository Site Selection Act includes provisions on public consultation mechanisms, such as public meetings and citizens’ affairs offices in regions that may be candidates to host the facility. The refinement of these mechanisms is built into what Julia Neles describes as “a learning system”. In her expert view, this is a key element of effective consultation, not least because the mechanisms may well vary from region to region. “Many issues will have to be left to local decision-makers. It will be for them to decide how they wish to proceed,” says Julia Neles. “So they will need adequate resources – both staff and funding – in order to carry out this work.” The search for a repository site is a project which will preoccupy many future generations as well, and that needs to be considered in the public consultation process. “Of course, it is quite possible that future generations won’t understand our decisions or will, perhaps, have gained new knowledge about final storage. These are factors which we need to consider today, both in the consultation processes and in the search for a suitable site.”

Taking account of citizen participation outside organised structures, such as public protest, is a particular challenge. “Conflicts of this type must be considered in the consultation process today, and finding practical ways of doing so is a major challenge,” says Julia Neles. Public participation in processes such as the search for a final storage site is often based on representative mechanisms: in other words, public opinion is articulated by politicians or NGOs. “That’s part of our representative democracy,” says Julia Neles. “But it sometimes makes it difficult to involve members of the public who are not organised.” And that applies particularly to the young generations. Christiane Weihe

Teaching materials: the search for a final storage site

Fading out of the landscape

The last kilowatt hour has been fed into the grid. What happens now? Unlike Berlin’s Tegel Airport or the Gasometer in… more

Fading out of the landscape

“We have a responsibility to future generations”

Nuclear energy issues run like a red thread through Michael Sailer’s curriculum vitae. Early on in his career, he campaigned… more

“We have a responsibility to future generations”