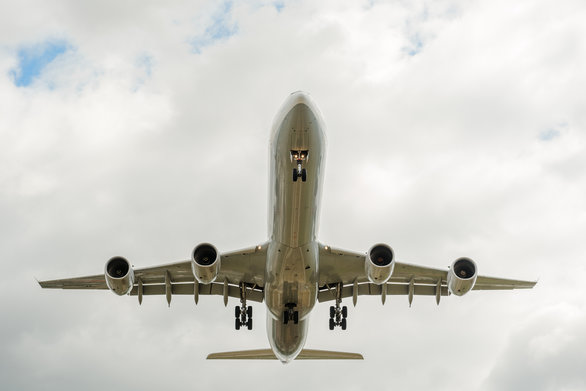 Not many things are as loud as a jet plane. During take-off the noise is about 140 decibels (dB). For comparison, the twittering of a bird is about 50 dB, and very loud traffic noise reaches 80 dB. As a means of transport, there is no substitute yet for aeroplanes: for the present, the economy cannot do without them and we depend on them for our holidays too. But people living near airports have a right to be protected from noise pollution. Who is responsible for this noise protection? What needs to be done to reduce aircraft noise? How well are people actually being protected and through what legal avenues can they fight aviation noise? Experts at the Oeko-Institut have been considering these issues.

How people in Germany are protected against noise – whether traffic noise or leisure noise –is not well-regulated in law. “There are a lot of problems associated with noise. For example, we are all responsible for it; everyone makes noise – everyone is a polluter. Noise spreads out; multiple sources of noise accumulate. Moreover, adverse impacts cannot always be countered in the way that you can fit a filter to a chimney or a catalytic converter to a car,” explains Silvia Schütte, Senior Researcher at the Oeko-Institut. “And not everyone is affected to the same extent. In particular, the coinciding of multiple sources of noise tends to affect people living in conurbations. Finding solutions in these places is difficult.” In addition, noise pollution has increased and is continuing to grow – as a result of increasing traffic and the proliferation of urban agglomerations. “The legal framework has not kept up with these developments; other environmental issues usually take priority,” says Schütte, who is a lawyer. “However, I expect that sooner or later noise protection will carve out a course for itself in law. The solutions, though, will need to be as varied as the causes.”

Efforts to come up with problem-oriented solutions could be given a boost by the report on developing the legal regulation of protection against aviation noise that the Oeko-Institut is in the process of preparing for the German Environment Agency. Working with two consultancies, GeräuscheRechner and team ewen, Oeko-Institut researchers are paving the way for the 2017 aviation noise protection report. This will be submitted to the Bundestag, which will then have to decide whether the law on protection against aviation noise (FluLärmG) needs to be revised. This law, which was updated in 2007 (the preceding version dated back to 1971), sets out a policy of passive noise protection through construction measures as a means of protecting people in the vicinity of major airports. It also strives to strike a balance between the needs of residents and the interests of the aviation industry. “The law requires the government to carry out this evaluation; we are now analysing the legal framework, identifying the status of implementation and examining whether the law is working as it should,” says Schütte. “We are particularly interested in two issues. Firstly, are there problems in enforcing the law and if so, what is the reason for them? Secondly, is the legislation sufficient to ensure protection against aviation noise and are the thresholds laid down in the law adequate from a health protection point of view?” The researchers are also examining the findings of recent research into the effects of noise and considering developments in aviation technology.

A jet plane reaches about 140 decibels on takeoff

The Oeko-Institut first conducted a comprehensive online survey of a number of interest groups familiar with application of the law on aviation noise. They included the relevant ministries of the federal states as well as other stakeholders such as airline operator associations, airlines, environmental organisations and groups representing affected members of the public. “We had a good response to this survey,” says Schütte, “and the analysis identified various key issues. For example, many of those questioned said that regulation of aviation noise protection is inadequate, because there is no provision for active noise abatement.” Many respondents called for noise thresholds to be reduced. Active noise abatement is another avenue that could be explored, for example via modifications to the aircraft themselves. The researchers will finalise their project by collating their findings and considering whether the legal framework needs to be adapted in order to provide better protection against noise.

Experts at the Oeko-Institut have long been involved with the issue of noise from Frankfurt Airport. Frankfurt is Germany’s largest airport, with up to 1,500 planes taking off and landing every day. “We support the work of the Airport & Regional Forum (Forum Flughafen & Region, FFR), which brings together representatives of municipalities and government agencies, the aviation industry, scientists and practical experts, with the aim of identifying and evaluating noise protection measures,” says Silvia Schütte. Scientists from various departments of the Oeko-Institut are involved in an advisory and coordinating capacity; in particular, they examine and assess noise protection proposals. “We support the expert committee on active noise protection, which means that we have, for example, assisted with the first package of measures. The majority of the recommendations were implemented and monitoring showed that they have succeeded in reducing noise.”

Options for active noise protection include the use of noise abatement technology or different flying techniques such as a steeper approach path. A steeper descent means that planes fly at a greater height for longer before landing, thus increasing the distance between the source of noise (the plane) and people on the ground. “There are things that can be done for people affected by aircraft noise – and Frankfurt’s example shows that, although they involve a lot of work, they can be extremely successful. In addition, better use should be made of synergies, for example by adapting measures that have been tested at one location so that they can be used elsewhere.” However, active noise protection is often very complex and simple solutions are rare. Approach routes are moved to avoid densely populated areas: this means that fewer people are disturbed by aircraft noise – but it also shifts the pollution so that the effect on some people living nearby may be worse than it was before.

Up to 1,500 planes take off and land at Frankfurt Airport every day.

The Oeko-Institut’s work on improving active noise protection at Frankfurt Airport is far from finished. There is always more to be done: there are plans for additional measures to bring about further improvements. The Oeko-Institut continues to work on these issues with the various interest groups represented in the Airport & Regional Forum.

POLICY-MAKERS AND THE PUBLIC

For Silvia Schütte, a valuable aspect of the Airport & Regional Forum is its integrative function in bringing together a range of stakeholders with different interests. “However, we still need to work out the best way of involving the public. For example – leaving aside local participation formats such as the FFR – they could be much more closely involved in the search for solutions to the problems that exist.” But decisions should be taken by policy-makers, not the public. “Policy-makers must shoulder significantly more responsibility than they have done in the past. As a scientist and also as a citizen I am frustrated by how policy-makers fail to utilise their scope for action, so that things that they could have handled are decided by the courts. One such issue is the weighting of noise pollution and the importance it is accorded when giving planning approval for airports and flight routes.” In her view, the federal states have a responsibility here, as well as the central government: “The state parliaments could provide guidance; for example, they could designate low-noise zones or decide for a general distribution of noise. The wider public could be involved in such decisions. The federal government could specify places where for one reason or another nocturnal air traffic is permitted – night flying would then be banned elsewhere.” And without night-time aircraft, the only sounds that residents hear at night might then be the rustling of leaves or the buzzing of a mosquito. If they’re lucky, that is – because both produce only about ten decibels.

Silvia Schütte is a lawyer who specialises in national and European environmental law. Since joining the Oeko-Institut in 2010 she has worked on issues of participation and environmental law. As part of this role she has been involved in evaluating the statutory framework and organising civil-society dialogue.

For information on the Airport & Regional Forum (FFR)

The effects of traffic noise

On the race circuit in Abu Dhabi Nico Rosberg is doing lap after lap as he chases the World Championship title. The noise… more

A study over the course of a lifetime? The psychologist Dr Irene van Kamp is an advocate of long-term analyses. She has been… more