The effects of traffic noise 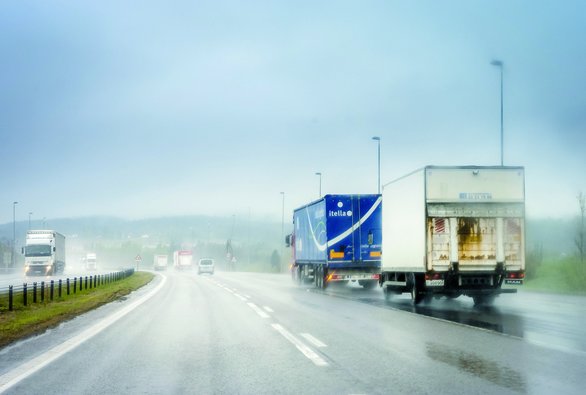 On the race circuit in Abu Dhabi Nico Rosberg is doing lap after lap as he chases the World Championship title. The noise that he makes is for many the sound of freedom and the weekend. In the night after the Formula One race a lorry drives past the house. The noise that it makes forces us to close the windows. How we perceive noise depends partly on our subjective feelings about the source; it is influenced by our sensibilities and by the situation in which we find ourselves. But even if we sometimes enjoy noise, it can still have a significant effect on our health and wellbeing. A research consortium has conducted a comprehensive study of the effects of noise on health, quality of life and cognitive performance. The Oeko-Institut assisted with this study.

The effects of noise on humans are often hard to measure. This is illustrated by an example from the work of the Airport & Regional Forum (Forum Flughafen & Region, FFR), which the Oeko-Institut supports in an advisory and coordinating capacity. Focus groups were used to explore how people living near Frankfurt Airport react to “noise breaks” – i.e. periods during which no aircraft pass over their homes. Although the vast majority of those questioned stated that they had not noticed whether the noise situation had actually changed, an almost equally large majority nevertheless want the noise breaks to be continued. This demonstrates the importance of considering not only the physical influence of noise but also its psychological and emotional impacts.

The specific impacts of traffic noise on health and quality of life have been explored in the study of Noise-Related Annoyance, Cognition and Health (NORAH), the most extensive European analysis of this issue to date. The study, which was commissioned by the Umwelt- und Nachbarschaftshaus (UNH) information centre, was conducted by a research consortium comprised of experts in acoustics, medicine, psychology and the social sciences. The Oeko-Institut was involved in preparation and support and acted as an interface between the consortium, the external quality assurance process and the UNH.

NORAH considers the medical history of around a million people

NORAH has set new scientific standards – by questioning around 30,000 individuals, considering the medical history of about a million people, and measuring noise pollution at some 900,000 addresses. It covered the Rhine-Main area and the regions around the Stuttgart, Cologne/Bonn and Berlin-Brandenburg airports.

The effects of noise from air, rail and road traffic on health, quality of life, and children’s cognitive development were analysed in three modules. In Module 1, large-scale surveys provided information on noise pollution and quality of life. Module 2, which was concerned with health, looked at blood pressure, cardiovascular disease, and the risks of breast cancer and depression – in part by measuring the blood pressure of people living near Frankfurt Airport over two three-week periods. For the third module, which explored the impacts of persistent aviation noise on the quality of life and cognitive development of schoolchildren, the researchers administered cognitive ability tests and questioned children, parents and teachers.

The extensive work conducted by NORAH shows that at comparable sound levels, air traffic causes greater annoyance than road and rail traffic. The noise experienced by residents of some areas close to Frankfurt Airport is considerable: in 2012 more than 340,000 people were exposed to aviation noise levels of 50 decibels or more. The study found a close link between traffic noise and the risk of illness. Noise influences health in various ways. For all three types of traffic noise the link is mainly with chronic diseases; there are correlations with the incidence of heart failure, heart attacks, strokes and depression, although the size of the correlation varies for each type of noise and each disease. For example, road and rail traffic noise has a more noticeable effect on strokes, heart attacks and heart failure than does aviation noise. For aviation noise the largest correlation is with depression: if the continuous sound level increases by ten decibels, the risk of becoming depressed rises by 8.9 percent. The continuous sound level is the average level of noise over a defined period, as determined by the frequency, duration and volume of individual sound events. Another finding is that children’s progress in learning to read can be delayed if the school is persistently exposed to aviation noise. NORAH found that reading development is set back by about a month if the noise level increases by ten decibels. Teachers from severely affected schools also stated that the aviation noise had a seriously detrimental effect on lessons. As a result of the study, structural sound insulation in schools near Frankfurt Airport has already been improved.

NORAH also looked at the “change effect”, which refers to the observation by noise researchers that people may react more strongly to a change in noise than would be expected from the noise level itself. People living near an airport where flight activity is expanding may find a given level of continuous sound significantly more troubling than they did before the expansion commenced. This may be partly due to the change effect. The study also raises the question of whether the continuous sound level is the correct measure of noise-related annoyance. A more relevant criterion might be the maximum sound level – the maximum volume of an individual noise. According to NORAH, this could also influence the health risks and it should therefore be taken into account in future studies of the effects of noise.

Moreover, noise-protection policy and research into the effects of noise have for a long time ignored psycho-social factors. But, as mentioned at the outset, these factors exert a strong influence on the perception of noise and hence also on the physiological consequences. It is likely that we shall need to re-think these interactions. For example, the question of whether noise has a negative impact on health cannot be answered solely through reference to blood pressure readings. We need to talk to people and take other influences into account. If someone feels unwell or is having a difficult time, this can affect their physical and mental health. Health will also be affected if people get worked up about noise or feel defencelessly exposed to it. The fact that this is now accepted by many decision-makers is an important step forwards – and will affect future measures for protecting people against the impacts of traffic noise.

As a Research Coordinator for Transdisciplinary Studies, Dr Bettina Brohmann assists with projects in various areas of the Oeko-Institut’s work. She specialises in issues that include the social aspects of energy and climate policy, consumer research and motivation research, and participation in decision-making processes.

Not many things are as loud as a jet plane. During take-off the noise is about 140 decibels (dB). For comparison, the… more

A study over the course of a lifetime? The psychologist Dr Irene van Kamp is an advocate of long-term analyses. She has been… more