How can the transport transition succeed? 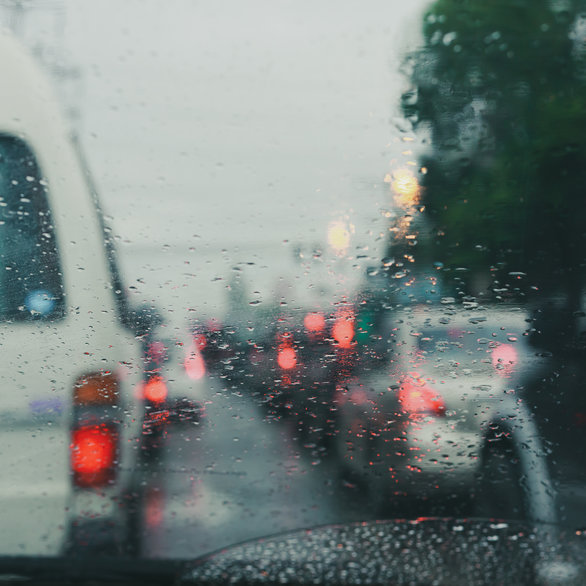 To find out how the German transport transition is going, one needs only to enter the words for “climate protection” and “transport sector” in a search engine. This quickly turns up references to the “transport problem”, to calls for “a significant reorientation of policy” and to the need for “radical change”. This is because the transport sector has as yet contributed nothing to action on climate change. Its emissions in 2018, at around 163 million tonnes of CO2 equivalents, were at the same level as in 1990, yet according to the German government’s goal they need to fall by 40 to 42 percent by 2030. Can the transport transition still succeed? And if it can, what is needed to make it happen? The Oeko-Institut explores these questions.

In many different fields of work there is agreement on the need for an about-turn in transport policy. Change is needed not only from the point of view of action on climate change but also in order to reduce noise, airborne pollutants and high accident rates and mortality figures. This point is emphasised by Dr Wiebke Zimmer, deputy head of the Oeko-Institut’s Resources & Transport Division. “Sustainable mobility involves far more than just reducing vehicle greenhouse gas emissions. For example, it is also about reducing resource use and land take.”

The Oeko-Institut acts as an expert in Germany’s transport commission. Since autumn 2018, Working Group 1 of the National Platform Future of Mobility (NPM) has been discussing how the transport sector’s climate target can still be achieved by 2030. The working group comprises representatives of industry, science and environmental and transport associations. “The transport commission has already agreed on some measures – such as investment in infrastructure, lower prices for rail tickets, and carbon pricing – but that is not nearly enough,” says Zimmer. When asked how sustainable mobility can actually succeed, she immediately homes in on the private car. “With regard to emissions, the electrification of vehicles on the basis of renewable energy is of course essential,” she says, “but the transport transition needs more than just alternative propulsion systems, more than electromobility. We need a shift away from the private car, and that requires changes to the political and regulatory framework.”

Around 80 percent of passenger transport in Germany involves the private car. Cars are responsible for some 60 percent of the transport sector’s greenhouse gas emissions. According to Zimmer, the reasons for this lie partly in the legal conditions that have prevailed for many years, the existing infrastructure, transport and settlement planning, and attitudes to the car and images of it. “It starts with the road traffic regulations – they are designed mainly to expedite the flow of cars and they subordinate the needs of other road users,” she says. “In addition, by comparison with other European countries it is simply far too cheap to own a private car, to park it and drive it about.”

In her view, reducing CO2 emissions in the passenger transport sector must involve a shift to public transport and to walking and cycling as well as a reduction in the overall demand for transport as a result of fewer and shorter journeys. “The promotion of environmentally friendly alternatives is not in itself enough. A combination of sticks and carrots is needed if the shift is to result in significant CO2 reductions.”

For example, the tax privileges enjoyed by motorists in the form of the commuting allowance and the favourable taxation of company cars should be abolished, and the cost of motoring should be increased. This could be achieved by taxing diesel at the same rate as petrol, incorporating a CO2 component into the energy tax or levying a toll on cars on motorways – a motorway toll of two cents per kilometre would result in a reduction of 1.8 million tonnes of CO2 per year until 2030. The management of parking space is also an important lever. The Oeko-Institut is of the view that less public space should be made available for parking and that the use of such space should be made more expensive, thereby better reflecting the value of public space. “It is of course important to consider the social impact of such instruments and ensure that they do not impose an unreasonable burden on low-income households.”

According to Wiebke Zimmer, another useful tool is a penalty and reward system under which climate-damaging vehicles become more expensive while buyers of low-emission vehicles such as electric cars receive a bonus. “This stimulates demand for CO2-efficient cars and it makes the polluters pay.” This is important since it ensures that electric cars are not being co-financed by each and every taxpayer via the state budget but that the costs are borne by those who choose to buy high-emission vehicles. The researcher is also of the opinion that the introduction of a speed limit on German motorways could achieve a great deal. “This would not only reduce emissions – a speed limit of 130 km/h can cut CO2 emissions by one to two million tonnes per year and is particularly cost-effective – but there is also evidence that fewer people would be killed in accidents. I also consider a speed limit to be a very important signal in the whole discussion about sustainable transport.”

By contrast, the Oeko-Institut’s researcher considers electricity-based fuels and advanced biofuels to be of only limited usefulness. “They should be used where there are technically no alternatives, such as in aviation and shipping – and then only when the required quantities are available,” she says. “Moreover, I believe that electricity-based fuels are not a worthwhile element of the transport transition – partly because they are less energy-efficient than electric vehicles and because they are very expensive to produce.”

The expert from the Oeko-Institut is optimistic that a shift to sustainable mobility can succeed. But policy-makers will have to be significantly more proactive, she says. And she expects the general public to be sympathetic to the changes needed. “It is becoming increasingly apparent – especially in urban areas – that people are ready for change. The Bicycle Referendum in Berlin demonstrated this and triggered a number of other initiatives, such as the ‘Aufbruch Fahrrad’ (‘Get on your bike’) initiative in North Rhine/Westphalia and the cycling initiatives in cities such as Bamberg, Darmstadt and Frankfurt aimed at improving cycling facilities and making cycling safer. People recognise the benefits of sustainable transport and fewer vehicles for their own quality of life.”

Entering the words for “climate protection” and “transport sector” in a search engine also brings up a host of material on strategies and measures by means of which the climate targets could still be achieved. For the transport transition to succeed, these must at last be put into practice.

Dr. Wiebke Zimmer’s work at the Oeko-Institut covers all aspects of sustainable mobility. With a degree in chemistry and a doctorate in physics, her tasks include developing strategies for reducing CO2 in the transport sector and advising politicians and companies. The deputy head of the Resources & Transport Division is also an expert involved in Working Group 1 of the National Platform Future of Mobility.

Sustainability on the move

New mobility concepts as a contribution to the transport transition

Germany needs a modal shift in transport – with less use of private cars and a greater emphasis on public transport, walking… more

Sustainability on the move

“Cross-sector collaboration is important and valuable.”

“Cross-sector collaboration is important and valuable.”