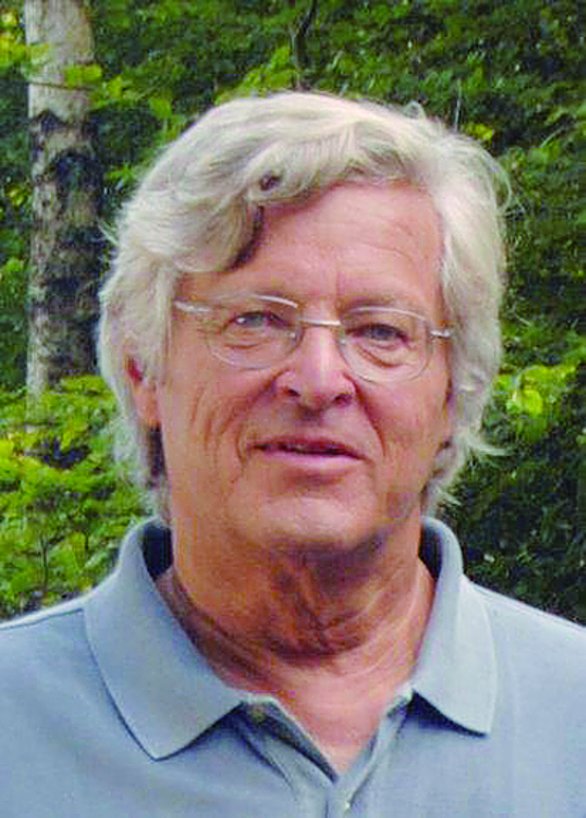 When Hermann Graf von Hatzfeldt took over the Hatzfeldt-Wildenburg family forests in 1969, a clear-cutting system was in operation. Naturalness and species diversity were absent. Today, his forests in Rhineland-Palatinate, Brandenburg and Thuringia are managed ecologically. A private landowner from Siegerbergland, von Hatzfeldt has not only converted his forest operations to natural silviculture but also pioneered the introduction of Forest Stewardship Council (FSC) certification for sustainable forestry in Germany. In this interview with eco@work, he recalls his early days as a private forest owner and discusses natural forest processes and the impacts of climate change on his woodlands.

When we started out, it was a revolutionary concept: it stood conventional forestry on its head. By conventional forestry, I mean allowing the trees to reach a certain age and then carrying out clear-cutting. Natural silviculture is very different: it relies on near-natural species-rich mixed forests and continuous forest cover. As part of this approach, it is essential to look at the issue of hunting as well, in order to prevent saplings from being destroyed by browsing game animals.

Were you committed to natural silviculture from the start?

No, when I took over the company, earlier than expected, my first task was to familiarise myself with forests and how to manage them. It took me the first 10 years to learn what it was all about, then I spent the next 10 years changing attitudes towards natural silviculture. Improving the forests is wonderful work. Incidentally, I believe that never having studied forest management at university actually stood me in good stead. Had I done so, I might have been less inclined to challenge certain dogmas, such as clear-cutting, quite as vehemently as I did.

To what extent do you intervene in your woodlands today?

It varies. Our aim is to create resilient and productive forests. Spruce monocultures require more intervention; they require planting with a deciduous understorey. With older forests, we apply a lighter touch and focus on growing high-quality trees. Maintenance, timber extraction and regeneration must always be viewed holistically as synergistic elements.

What lessons can we learn from nature?

There is so much we don’t know. In our forests, we maintain some representative woodlands in a natural state in order to monitor what happens if we don’t intervene. For example, we have found that beech can hold its own against spruce very effectively if given enough time. We have also come to recognise the importance of deadwood and diversity.

Definitely. Over the past 30 years, we have doubled the amount of woodland under our management, and that speaks for itself. Allowing natural processes to do the work minimises costs and maximises yields over the long term.

You were a pioneer of certification based on the FSC sustainability criteria. What do you think of the scheme today?

Is climate change negatively impacting on your forests?

Very much so: storms are a major problem, but so are droughts, of course. It is almost impossible to sell dry wood in Germany at present as the market is saturated. We have seen a dramatic downturn in our profits as a result.

What action are you taking to prepare for other impacts of climate change?

In natural forests, there is continuous new growth, and that puts us in a stronger position. Nevertheless, we are taking action, of course. For example, we are attempting to vary the composition of our tree species and further increase diversity. We have great hopes of fir, which seems to have greater capacity to cope with temperature fluctuations than other tree species.

Hermann Graf von Hatzfeldt graduated from Princeton University (USA) with a Master’s in Economics. In 1969, he took over the management of the Hatzfeldt-Wildenburg estate, which has owned forests in Rhineland-Palatinate for more than 500 years and now has forests in Brandenburg (since 2001-2003) and Thuringia (2012) as well. He began converting the estate’s forest operations to natural silviculture in 1990.

Alongside his work in forestry, Hermann Graf von Hatzfeldt is an active environmental campaigner. He was a member of the German Council for Sustainable Development (2003-2007), the Foundation Council of WWF Germany (1998-2008) and various other bodies. He pioneered the introduction of Forest Stewardship Council (FSC) certification in Germany and chaired Germany’s FSC Working Group (1998-2007). Hermann Graf von Hatzfeldt also contributed to the work of the Oeko-Institut for many years, serving on the Committee (1979-1982) and Advisory Board (1994-2010).

The forest is a magical place. It is home to trees that are many centuries old, as well as to countless species of fauna:… more

The survival of the world’s forests is at risk. In Brazil, 7,900 square kilometres of rainforest were cleared over the past… more