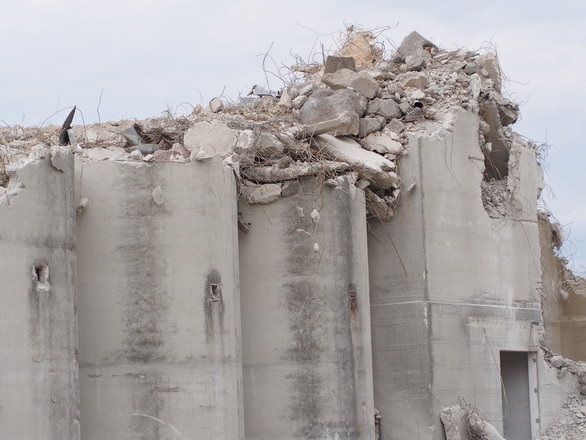 For many of Germany’s nuclear power plants, the post-nuclear age has already begun. There are now only eight operational nuclear power plants left in Germany; decommissioning is already under way at 21 nuclear facilities, and applications for decommissioning have been lodged for a further four. With so many nuclear plants now being dismantled, what happens to all the waste – the fuel elements and pipes, the reactor pressure vessel and the masonry from the reactor building? Who decides – and on what basis? Some of the waste produced during the of a nuclear facility is significantly radioactive; some is not radioactive at all. Making the distinction and determining how the waste should be processed has been part of the Oeko-Institut’s work for years.

There are currently more than a dozen decommissioning programmes under way across Germany: at Obrigheim and Philippsburg in Baden-Württemberg, Würgassen in North Rhine-Westphalia, Mülheim-Kärlich in Rhineland-Palatinate, and elsewhere.

Decommissioning a reactor after shutdown produces various types of waste. Fuel elements, for example, have high levels of radioactivity and must therefore be kept in an interim storage facility until a repository for heat-generating waste is available in Germany. But what happens to the rest of the waste from dismantling? “Some of it will have to be placed in the storage facility for non-heat-generating radioactive waste, the Konrad pit near Salzgitter. Konrad has been approved but is not yet operational, so until then, this category of radioactive waste also has to be kept in an interim storage facility,” says Christian Küppers, Deputy Head of the Nuclear Engineering and Facility Safety Division at the Oeko-Institut. “But most of the nuclear power plant components have never become contaminated during operation or can be decontaminated and then disposed of as conventional waste.” Before potentially contaminated waste from dismantling can be sent to landfill or reused, it must undergo clearance. “This procedure ensures that no materials are removed from a nuclear site without first being checked for radioactivity. This is known as release measuring,” says Christian Küppers. “Clearance is granted on the basis of the clearance limits specified in the Radiation Protection Ordinance. These limits are set at a level which ensures that no one is exposed to an annual dose of more than 10 microsievert (?Sv), e.g. from inhalation or ingestion. This is very much lower than the natural background radiation exposure of the population and the dose limits that apply to emissions, incidentally.” Materials which cannot be granted clearance are classed as radioactive waste – around 5,000 tonnes of material per plant.

There are various clearance options: some waste can be granted unrestricted safety clearance and used as rubble in road construction, for example. In other cases, restrictions apply. For example, specific criteria must be met for disposal in landfill. “Landfill sites must be properly sealed so that no leachate seeps into groundwater for at least 100 years from the start of construction and there is no rainwater percolation for at least 100 years after closure,” Christian Küppers explains.

The Oeko-Institut has been working on the issue of clearance, including procedures and associated challenges and conflicts, for a number of years.

“The Niederaichbach nuclear power plant in Bavaria was the first to be decommissioned in Germany; this took place from 1986 onwards,” says Christian Küppers. “Back then, there were no reliable scientific data about possible exposure, nor any relevant limit values for the clearance of waste. Despite this information gap, large quantities of rubble were used in road building.” For a long time, it was difficult to gain an overview of the waste clearance procedures being applied: indeed, some Land-level authorities made their own independent decisions on what should happen to the waste.

It was only in 1995 that the German Commission on Radiological Protection (SSK) recommended scientifically sound limit values for various clearance options for the first time. The Radiation Protection Ordinance has included a detailed list of the values currently applicable since 2001. Responsibility for their implementation lies with the state (Land) level. “Our view here at the Oeko-Institut is that the procedure now in place is fit for purpose and the clearance values are set at the right level – they are calculated with a very high level of safety in mind,” says Christian Küppers. “Even so, our position often comes in for criticism from citizens’ initiatives and environmental organisations.” There are frequent calls for waste that is currently cleared for landfill to be sent to the future repository or kept in safe enclosure at the nuclear facility until it is no longer radioactive. “If a new final storage facility had to be set up to accommodate this very large volume of waste, it would be impossible to restore these sites to a greenfield state, which is the ambition, or to carry out dismantling in an appropriate manner,” Christian Küppers explains. “In reality, the risks resulting from the current clearance procedure are negligible and certainly do not justify the expense and effort of placing this type of waste in final storage.”

LANDFILL – WHAT HAPPENS NEXT?

The Oeko-Institut investigated the risks associated with decommissioning in another study, entitled Potential radiological consequences of clearance for disposal according to § 29 StrlSchV in the subsequent use of a landfill during post closure care and in the period afterwards. This analysis for Baden-Württemberg’s Ministry of the Environment models the subsequent use of landfill sites containing waste from the dismantling of nuclear facilities. Various scenarios are considered, including use of the site for farming, forestry, recreational purposes, housing and roads. “We assessed whether, in this type of follow-on use, the dose remains below 10 microsievert (?Sv), both in the post-closure care period – which lasts for decades with these particular landfill sites – and during and after subsequent monitoring by the authorities,” says Christian Küppers. Two separate case studies were considered: a restored landfill site, now in subsequent use, whose surface was properly sealed, and a landfill with water leaching into farmland from its base 100 years after closure. “Various options for subsequent use were modelled, based on clearly defined parameters – such as use as farmland, where the surface is protected from erosion and the sealing is undamaged by roots and so forth,” Christian Küppers explains. “In both these case studies, and, indeed, in all the subsequent use scenarios that we modelled, the annual dose is less than 10 microsievert (?Sv).” The study was not only helpful in addressing the specific challenge of the proposed agricultural use of a former landfill in Ludwigsburg rural district. “It also closed a major gap in the science underpinning regulatory activity: previously, no one had thought about clearance values in relation to the follow-on use of restored landfill sites.”

Graduate physicist Christian Küppers works on radiation protection, radio-ecology, radioactive waste management and safety issues associated with handling radioactive substances. In parallel to his work at the Oeko-Institut, where he has been employed since 1986, he sits on various key advisory bodies, including the German Commission on Radiological Protection (SSK) and the Committee on Decommissioning set up by the German Environment Ministry’s Nuclear Waste Management Commission (ESK).

Thematic web page: After the nuclear phase-out – what next? The challenge of dismantling

Article in the magazine eco@work: Fading out of the landscape. Decommissioning nuclear power plants

Thematic web page on the website of the Federal Office for the Safety of Nuclear Waste Management (BfE): Nuclear installations in Germany

Thematic web page on the website of the Ministry of the Environment, Climate Protection and the Energy Sector Baden-Württemberg: Freigabe nach §29 Strahlenschutzverordnung