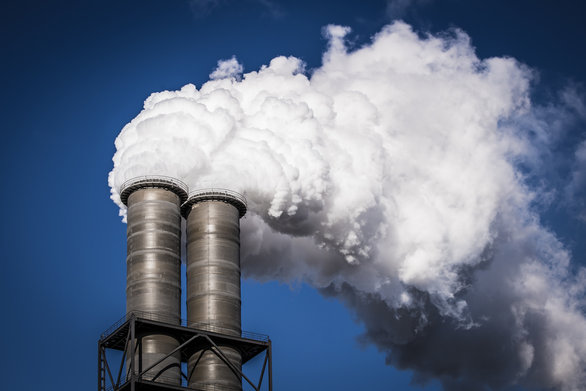 Germany’s goal was to be a role model: the inventor of the energy turnaround, a leader in renewables and a pioneer of ambitious climate targets. But now the Federal Republic risks falling short of its self-imposed mitigation targets for 2020 – and not by a miss but by a mile. Its target is to cut its CO2 emissions by 40 per cent to 2020 compared with the 1990 baseline – but the latest estimates from the Oeko-Institut show that it will only achieve around 30 per cent. A key factor in this climate gap is the use of coal as an energy source: 76 per cent of CO2 emissions from the German electricity sector comes from coal- and lignite-fired power plants, and the sector produces around 40 per cent of Germany’s greenhouse gas emissions. For effective climate action and fulfilment of its ambitious climate targets, Germany has no option but to phase out coal. For some regions, this will mean radical restructuring, which needs to start now.

“The renewable energy share has noticeably increased here in Germany, but this does not mean that less electricity is being produced from coal,” says Charlotte Loreck, a Senior Researcher at the Oeko-Institut. “What we are seeing instead is a rise in exports of this climate-damaging electricity – 54 terawatt hours (TWh) in 2017, a new record. That amounts to around 9 per cent of Germany’s total gross electricity production.” The Oeko-Institut’s researchers are engaged in numerous projects on the coal phase-out, improving the data on the German coal sector and drafting strategies to manage the switch from coal towards alternative forms of power generation. Devising policy instruments to initiate and support the coal phase-out is a key focus of interest. “It is quite embarrassing that Germany will fall so far short of its 2020 climate targets, but at the same time, its international standing in this area will exert leverage, forcing those responsible to take action at last,” says Charlotte Loreck. “Of course, a great many lobby groups are resisting the coal phase-out. But by now, everyone should have realised that there is no other option.”

Her colleague Hauke Hermann, also a Senior Researcher, has documented the current state of the German lignite industry in a study entitled “The German lignite industry. Historical development, resources, technology, economic structures and environmental impact”. “Previously, the information on this sector was patchy and confusing,” he explains. “This study is intended to provide a basis for the necessary discussions about phasing out coal.” On behalf of Agora Energiewende and the European Climate Foundation (ECF), the Oeko-Institut has therefore compiled facts and figures on the history of the mining of lignite and its conversion into electricity, along with data on the number of industry employees, the carbon footprint of lignite-fired power plants and other environmental aspects. Lignite is the most climate-damaging fossil fuel: it currently accounts for approximately 19 per cent of Germany’s total greenhouse gas emissions, roughly a third of its sulphur dioxide emissions and half of its mercury emissions. The reconfiguration of the lignite industry – which produces more CO2 emissions than the entire road transport sector – therefore has a key role to play in the energy turnaround. “We also looked in detail at the economic significance of the lignite industry,” says Hauke Hermann. “We found that it once played an important role in the German economy but now has only regional economic significance.” There are 18,000 workers and approximately 1,000 trainees employed across Germany in lignite mining, processing and public-sector power plants – as well as other employees whose jobs depend indirectly on the lignite industry. “These jobs are an important factor, so a stepwise phase-out of coal-based electricity production is essential.” What’s more, 50 per cent of lignite industry employees are now over 50 years of age. “Measures to promote structural change within the economy should therefore focus, in the medium term, on supporting sectors which offer future-proof jobs for the younger generations.” And financial aspects also come into play, as Hauke Hermann emphasises: “It is no longer worth investing in old lignite-fired power plants; it is more economical to decommission power plants and mines when major investment – for example, in the expansion of mining capacities – becomes due. The investment costs for newer power plants can no longer be refinanced nowadays.”

Which mechanisms can initiate and support the required phase-out? This question was investigated by Oeko-Institut researchers in two studies for WWF Germany. In one of the studies, entitled “Germany’s Electric Future: Coal phase-out 2035”, a research team from the Oeko-Institut and Prognos looked at various options for phasing out coal-fired electricity production by 2035. “The starting point was a calculation by the Intergovernmental Panel on Climate Change (IPCC) that global carbon dioxide emissions must be limited to around 890 billion tonnes from 2015 onwards if global warming is to be kept below 2? Celsius,” Charlotte Loreck explains. “According to our calculations, based on equitable distribution, this would produce an emissions budget for Germany of 10 billion t CO2 maximum; the emissions budget for the German electricity sector would amount to around 4.0 billion t CO2.” In order to keep below this threshold, a rapid coal phase-out is essential. “This can be achieved by imposing an upper limit on greenhouse gas emissions once the plants have reached a certain age; from the 21st year of operation, they should not exceed annual emissions of 3.35 tonnes of CO2 per kilowatt of net capacity on average. This would be combined with managed power plant capacity reductions, with the shutdown of all coal-fired power plants older than 30 years starting in 2019.” As she explains, this can be implemented by contractual arrangements, via legal regulation, or through pricing mechanisms for additional CO2 emissions. “Electricity demand can be met through more rapid expansion of renewables and, for a transitional period, with gas-fired power plants,” says Charlotte Loreck. With these measures, lignite mining can also be substantially reduced. In their study, the researchers also emphasise the need for investment in structural transformation in regions which rely on lignite production and the operation of coal-based power plants. “In some regions, the coal industry is currently the main employer, so something needs to be done for the young generation here,” she says.

In an updated version of the study “Supporting European Emissions Trading – Opportunities and Limits to Unilateral Carbon Floor Pricing” for the WWF, the Oeko-Institut investigated another mechanism to support the coal phase-out: CO2 floor pricing. “We looked at ways to achieve the 2020 climate target after all, so we compared the impacts of plant shutdowns, on the one hand, and carbon floor pricing, on the other,” says Charlotte Loreck. “We produced calculations for a range of options, including the impact of various CO2 floor prices per tonne in Germany and the introduction of a CO2 floor price in a total of seven EU member states.” The researchers also investigated the potential of additional power plant shutdowns.

If Germany is to reach its CO2 emissions reduction target of 40 per cent by 2020, it will have to achieve maximum emissions of 200 to 250 million tonnes of CO2 for the electricity sector. “But if the electricity sector only reduces its CO2 emissions to 250 million tonnes, other sectors, such as transport and buildings, will have to save an additional 50 million tonnes of CO2 – and in our view, that is not achievable by 2020,” says Charlotte Loreck. “So we recommend a combination of a sufficiently high CO2 floor price of 30 euros per tonne and, in addition, shutdowns in the range of 7 gigawatts (GW) of coal-fired power plant capacity.” The experts are also calling for the implementation of rules on a coal phase-out in several European countries. “This reduces the risk of carbon leakage” – in other words, that emissions will simply be shifted elsewhere. The team is also advocating for action with a long-term impact. “What is needed are clear rules, not only to 2020 but well beyond that date. This could include a CO2 floor price or a clear commitment to the shutdown of all coal-fired power plants that have run for more than 30 years.”

Another potential – and highly effective – mechanism is the national climate levy proposed by the German Federal Ministry for Economic Affairs and Energy (BMWi) back in 2015, based on calculations by the Oeko-Institut and Prognos. Hauke Hermann explains: “The idea was that each power plant unit in Germany would be allocated a fuel-neutral emissions allowance based on the age of the plant. This would force the older emissions-intensive power plants in particular to reduce their CO2 emissions.” A climate levy would be paid once a given threshold was crossed and would entail the plant buying additional emissions allowances. “This type of mechanism has the potential to resolve several key challenges relating to the coal phase-out simultaneously: security of supply is not put at risk, the impact on electricity prices would be minimal, operators retain their flexibility and, not least, greenhouse gas emissions are reduced,” says Charlotte Loreck. But regardless of which mechanism is chosen, Germany can only get back on track and at least meet its long-term climate targets if the old coal-fired power plants are taken offline as soon as possible.

We know which ones they are – the materials, products and technologies that we should really leave behind because they are… more

Transport and climate protection? These are not terms that you would necessarily mention in the same breath – for even though… more