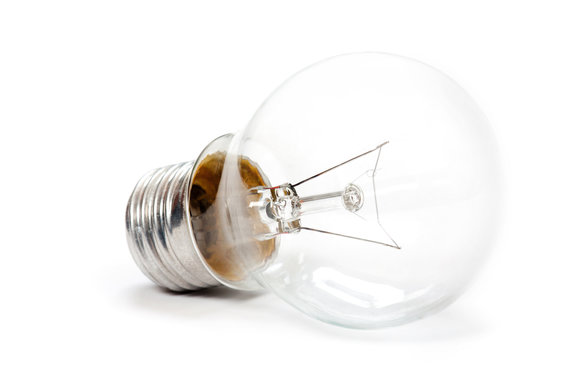 We know which ones they are – the materials, products and technologies that we should really leave behind because they are harmful to our health, the environment and the climate. But for many people and organisations, breaking the habit is very difficult for a variety of reasons – so they continue to rely on harmful chemicals, the combustion engine or climate-damaging electricity production from coal. Yet as the examples of incandescent lightbulbs, nuclear power plants and fridges that use CFCs show, phasing out unsustainable structures – known as exnovation – is a necessary but also a viable step. All it takes is forward planning.

“The term ‘exnovation’ has existed for some time but it is a relatively new concept in the context of the sustainability debate. It is the counterpart to innovation: in other words, it describes the process by which a product, behaviour or even an entire technology is removed from the system,” says Dirk Arne Heyen from the Oeko-Institut. “What we have seen is that innovations are often insufficient for a shift towards sustainability. In many cases, they are simply an add-on to existing systems. For example, in Germany, the renewable energy share is increasing, but we have not seen a significant reduction in electricity production from coal.” Heyen, a Senior Researcher in the Environmental Law and Governance Division, has been working intensively on the topic of exnovation and has written a Working Paper on its governance and associated challenges, as well as various specialist articles, for the Oeko-Institut. “Some technologies become extinct because of a fall in market demand – the video recorder is one example, the Walkman another,” he says. “But it may also be necessary to give a political steer to exnovation in order to protect human health or the environment, as in the case of asbestos or leaded fuel.” Possible mechanisms for exnovation are regulatory bans or indirect measures such as tough limits or efficiency requirements. Researchers at the Oeko-Institut have been looking at a wide range of exnovation processes, including the nuclear phase-out and tougher efficiency requirements for lighting products.

In the Oeko-Institut’s view, policy measures, mainly to steer a phase-out of the climate-damaging burning of coal and fossil fuels, are needed in the near future. “As coal is strongly linked to jobs and value creation – and the combustion engine even more so – the issue of structural change must be approached by consensus and, above all, at an early stage. Alternative structures cannot be put in place overnight.” Otherwise, as Dirk Arne Heyen explains, the process could lead to structural collapse in regions whose economies rely on the obsolete technologies – and that is something everyone is keen to avoid. “The experience of many East German industrial regions right after German reunification shows the potentially serious economic and social consequences of abrupt change.” Governance of structural change also features in his work as leader of a new research project commissioned by the German Federal Environment Agency (UBA), entitled “Strategies for the Ecological Structural Change towards a Green Economy”. The research team from the Oeko-Institut and the Fraunhofer Institute for Systems and Innovation Research (Fraunhofer ISI) will analyse experience gained with previous restructuring processes, carry out an in-depth study of the forthcoming structural change in the chemical and transport sectors and consult with industry representatives.

In the case of exnovation processes with potentially serious socioeconomic effects, it is entirely appropriate for policy-makers to attempt to negotiate, with the relevant sectors, detailed phase-out pathways which comply with climate guard rails, says Dirk Arne Heyen; one example is the consensus on coal. But most policy-makers are finding it hard to commit to a timely phase-out of coal and the combustion engine: “Most political parties avoid the issue – and the potential conflicts – like the plague. They fail to recognise that this has to be dealt with now, not in 2030 when we will have missed our climate targets,” says Dirk Arne Heyen. “But even members of the business community are now calling for a coal phase-out; one example is the German Business Declaration on Climate Policy initiated by Foundation 2?, whose signatories include Siemens, Deutsche Telekom and even E.ON. It’s about creating the stability needed for long-term planning.” There are some signs of movement from businesses on the issue of combustion engines as well: for example, Volvo has said that from 2019, all its new models will be pure-electric or hybrid cars. “It’s an important step, as companies also need to act at the right time and change their business models,” says Dirk Arne Heyen.

The urgent need for transformation of the transport sector as well – and with it, a phase-out of the combustion engine – is demonstrated by another project, entitled “Mobile Baden-Württemberg – Ways of Transformation towards Sustainable Mobility”. In Baden-Württemberg, the transport sector currently produces 28 per cent of greenhouse gas emissions, with emissions from this sector still above 1990 levels. In addition, there are the harmful health effects of noise and air pollution, road traffic fatalities and the appropriation of large amounts of land.

Together with the Institute for Social-Ecological Research (ISOE), IMU Institut GmbH and the Fraunhofer Institute for Industrial Engineering (Fraunhofer IAO), the Oeko-Institut has analysed how pathways towards sustainability can be created within the transport sector without losing sight of the mobility and automotive industries’ key significance for jobs and prosperity. “A transformation is both necessary and expedient for economic reasons as well,” says Dr Wiebke Zimmer, Deputy Head of the Oeko-Institut’s Resources and Transport Division. “We are seeing a worldwide trend towards electromobility, and German carmakers risk falling behind.”

On behalf of the Baden-Württemberg Foundation and at the initiative of the Baden-Württemberg branch of Friends of the Earth Germany (BUND), the researchers developed three scenarios showing how transformation of the transport sector is possible and which pathways should be pursued. “The results of our analysis show that mobility can only be safeguarded within environmental and health guard rails if there is a significant reduction in the number of cars on the road and maximum electrification of vehicles – of course based on renewables,” says Dr Zimmer. “Germany can only achieve its climate targets if we move away from the combustion engine towards e-mobility based on renewables. For that to happen, we need clear policy frameworks, such as e-vehicle quotas and ambitious CO2 standards for private cars.” In her view, policy-makers have a responsibility to start planning for and supporting deep structural change early on. But the transformation needs the public’s backing as well – based on a new mindset, a reversal of the trend towards ever-larger private cars, and a change in general mobility behaviour. “We all know that it’s time we said goodbye to the combustion engine,” says Dr Zimmer. “And the amount of pain associated with the separation will depend on when we start embracing and preparing for this change.”

Article by Dirk Arne Heyen (Oeko-Institut), Lukas Hermwille (Wuppertal Institute) and Timon Wehnert: Out of the Comfort Zone! Governing the Exnovation of Unsustainable Technologies and Practices

Germany’s goal was to be a role model: the inventor of the energy turnaround, a leader in renewables and a pioneer of… more

Transport and climate protection? These are not terms that you would necessarily mention in the same breath – for even though… more