Issue: October 2017, Everything under control? – Regulating nanomaterials and other chemicals 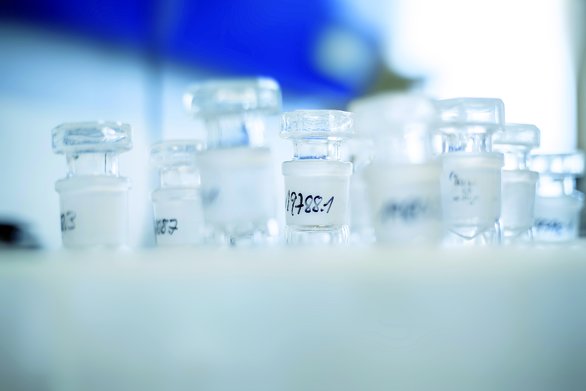 The word “nanomaterials” evokes a wide range of associations: microscopically small; an exciting field of research; innovative functions. Nanomaterials can make products more lightweight and efficient, thus helping to save energy and resources. And yet despite all the research, we still do not know all there is to know about nano. There are critical gaps in our knowledge, especially as regards the possible long-term effects on human health and the environment. So there is every reason not only to continuously research and monitor but also to regulate their manufacture and use. The Oeko-Institut is engaged in numerous projects which explore the opportunities and risks associated with nanomaterials – and show why they need to be regulated.

Nanomaterials can provide products with improved features, including better eco-efficiency. “Using nanomaterials has made it possible to produce more efficient dirtproof solar cells and dimmable glass panels,” says Andreas Köhler, a Senior Researcher at the Oeko-Institut. “Other examples of improved product features are more lightweight beverage packaging and innovative thermal insulation.” A 2014 study conducted by the Oeko-Institut on behalf of the German Federal Environment Agency (UBA) analysed particularly promising nanotechnology applications and their resource and energy requirements. This Study of the Effects of Selected Nanotechnology Products on Resource and Energy Demand showed that significant savings can be achieved: “Dimmable electric windows have the potential to reduce energy demand and CO2 emissions by around 30 per cent compared with conventional windows with blinds,” says Andreas Köhler.

But there are also signs that nanomaterials may pose risks to human health and the environment. “Synthetic nanomaterials released from products or industrial processes can be absorbed by human or other organisms – and some of these materials have toxic effects,” says Andreas Köhler, who works in the Oeko-Institut’s Sustainable Products and Material Flows Division. “How toxic are they? That largely depends on the type of nanoparticle – and the dose.”

Nanomaterials disperse differently in the environment and organisms compared with conventional chemicals; theoretical studies indicate that they can penetrate natural defences and affect even well-protected organs, including the brain. “If silver nanoparticles enter the body, for example, they can release toxic silver ions in places that conventional silver can never reach.” Far too little is known at present about the long-term effects of nanomaterials: “For example, they may be carcinogenic or influence the body’s endocrine functions,” says Andreas Köhler.

THE NEED FOR REGULATION

His colleague, legal expert Andreas Hermann, is convinced that standards, legislation and governance are essential in identifying, minimising and monitoring existing risks effectively. “This means registering and labelling nano-products, but above all, it must include a standardisation process for the characterisation and measurement of nanomaterials. We cannot simply treat them like any other chemical, because the level of hazard posed by these materials depends not only on dose but also on their particle size and surface characteristics,” he says.

The EU has initiated a process to regulate nanomaterials, but this Senior Researcher is far from satisfied. “The current approach is neither sustainable nor transparent, and there is no evidence of the precautionary principle being applied,” he says. “And let’s not forget that products containing nanomaterials have been on the market for quite some time and are even used in sensitive applications such as food and cosmetics.” The lack of a clear regulatory framework is hampering the safe development and use of nanotechnologies, in his view. “What is needed, among other things, is a revision of REACH, the European regulation concerning the Registration, Evaluation, Authorisation and Restriction of Chemicals, so that it takes adequate account of the specific properties of nanomaterials at last. And there needs to be a management strategy that covers the entire life cycle of products containing nanomaterials.” Appropriate information for the public, e.g. through product labelling, and continuous bio-monitoring of human health and the environment are also important for sustainable management of nanotechnologies, he says. “The EU is reluctant to put jobs at risk in this booming sector, so its approach to the industry is far too lenient. As a result, the EU is dragging its feet on introducing binding provisions in REACH that would specify which data must be collected by the manufacturers of nanomaterials and passed to the European Chemicals Agency (ECHA). What’s more, there have been considerable delays in implementing existing rules on the registration and licensing of nanomaterials in cosmetics. Some of these nanomaterials are already on the market, and yet in line with the "no data, no market" principle, they shouldn’t be on sale at all.”

As part of a three-year collaboration with the Center for International Environmental Law (CIEL) and the European Environmental Citizens’ Organisation for Standardisation (ECOS), the Oeko-Institut has been working to ensure that the social and environmental benefits but also the risks posed by nanomaterials are duly considered at international and EU level. One of the tasks of this project on the safe production and use of nanomaterials in Europe was to support the standardisation bodies ISO and CEN and the international OECD working group on nanomaterials in the development of clear standards and recommendations. With funding from the Danish Villum Fonden, the researchers also produced accessible factsheets on standardisation, along with information and arguments for improving health and environmental protection in relation to nanomaterials, with a focus on their potential toxicity. “We have also produced a position paper commenting on the changes proposed by the European Commission to improve safety assessment and communication on the risks associated with nanomaterials within the REACH framework,” says Andreas Hermann.

REACH requires manufacturers, importers and users of chemicals to gather information about substances and products and submit it to the European Chemicals Agency (ECHA). “At present, however, there are no nano-specific rules, and that needs to change as a matter of urgency,” says Andreas Hermann. “For example, back in 2011, the Oeko-Institut produced a feasibility study for the German Environment Ministry which showed that a nano-product register is legally viable and is workable in practice. In their position paper, CIEL, ECOS and the Oeko-Institut are now calling for nano-specific rules to be built into the main text of REACH. Among other things, manufacturers, importers and users should take the surface characteristics of nanomaterials into account in the monitoring of environmental behaviour and risks. “We are calling for the safety data sheet to include information on nanomaterials’ composition, manipulation, exposure controls, chemical and physical properties and toxicology,” says Andreas Hermann. “This will require very extensive data-gathering, reflecting the highly diverse properties of materials located on the nano scale.”

The Oeko-Institut’s researchers are looking at registration options not only for nano-products themselves but also for facilities which manufacture, process and store nanomaterials. In a feasibility study on the legal options for a nano facility register, conducted on behalf of North Rhine-Westphalia’s State Agency for Nature, Environment and Consumer Protection (LANUV), they reviewed the existing legislation and looked at new legal arrangements that could potentially be adopted for this purpose. “The aim of setting up this type of register and introducing reporting obligations for facility operators is to avoid risks to human health and the environment, in compliance with the precautionary principle,” says Andreas Hermann.

The study identifies vast gaps in the relevant authorities’ information. “They don’t know enough about which specific facilities are working with nanomaterials, the quantities of these materials being produced or processed, and their level of toxicity,” says Hermann. “There are also knowledge gaps relating to the ways in which nanomaterials can enter the environment from these facilities – and how much has already been released.” This information should be gathered and stored in a nano facility register. The study also recommends the adoption of nationwide regulations and a three-step approach establishing reporting obligations, initially for manufacturers and then for processing facilities and, finally, users of nanomaterials. “Regulation is urgently needed at various levels in order to protect human health and the environment from negative impacts,” Andreas Hermann emphasises. In other words, the main associations evoked by nanomaterials should include transparency and governance.

Technical environmental law at national, European and international level is a focal point of Andreas Hermann’s work. A legal expert, he has been employed in the Oeko-Institut’s Environmental Law and Governance Division since 2001, analysing, developing and assessing mechanisms for environmental governance of technical innovations such as nanotechnologies.

A Senior Researcher in the Oeko-Institut’s Sustainable Products and Material Flows Division since 2014, Andreas Köhler works on issues such as the regulation and standardisation of nanomaterials.

Further Information (in German only)

Thematic web page: Nanomaterials (on the website of the European Chemicals Agency ECHA)

Campaign update: Joint Nanotechnology Project with ECOS and Öko Institut (on the website of the Center for International Environmental Law CIEL)

Further Information (in German only)

Oeko-Institut: Study of the Effects of Selected Nanotechnology Products on Resource and Energy Demand (on the Umweltbundesamt website)

Electrical and electronic equipment contain substances which pose a risk to human health and the environment but which, from… more

In 2002, participants at the World Summit on Sustainable Development (WSSD) in Johannesburg made a commitment that by 2020, c… more