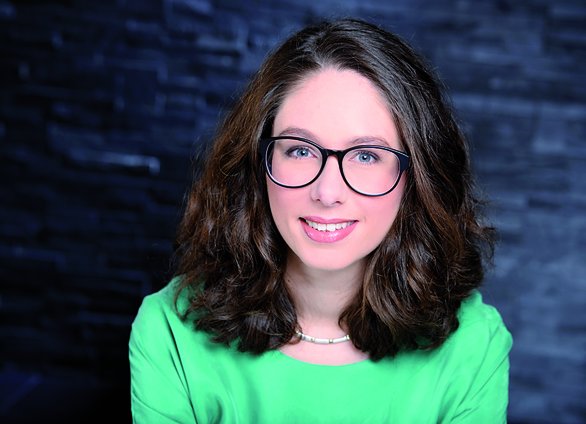 The transport sector is an area of concern in the transition to sustainable energy: it is not yet making any significant contribution to the climate targets. Radical change incorporating a wide range of approaches is therefore urgently needed. But methods of promoting the shift to sustainable transport using tools such as a carbon price on fuels have an impact not only on the environment but also on many people – for instance, because they have no access to public transport or simply cannot afford the increased cost of travel. In an interview with eco@work Dr Ines Verspohl, Head of Social Policy at the social advocacy organisation Sozialverband VdK, explains how sustainable transport can also be made socially equitable.

Dr Verspohl, where are we at with regard to a transport system that is sustainable but also socially equitable?

Unfortunately we are only just beginning to address this. But a very interesting debate is under way, because it has become clear that something must be done. We can see that a lot of people are worried – for example, they fear that driving their old diesel car may become so expensive that they can’t do things like get to the doctor. Often these people simply don’t have the money to buy a new car. So it’s not enough to just increase the price of fuel. We need genuine alternatives to enable people to shift to environmentally friendly forms of transport.

What form should these alternatives take?

One must distinguish between urban and rural areas. In the cities, public transport is in some cases already very well developed. Unfortunately, though, it is often not fully accessible, so that people in a wheelchair or with a wheeled walker are unable to use it. It’s not just a small group that’s affected – it’s millions of people! Incidentally, accessibility isn’t just a question of lifts and ramps – it’s also about clear spoken announcements for blind people, user-friendly guidance systems for people with cognitive disabilities and ways of buying a ticket if you haven’t got a smartphone. At the same time, public transport must of course also become more attractive for everyone.

And what is needed in the countryside?

In rural areas it will never be possible for normal public transport services to operate at an appropriate and sufficient frequency. These places therefore need on-demand solutions – forms of transport that people can actively request. These shouldn’t be firmly tied to fixed pickup points, which older people and people with disabilities are often unable to get to. And this needs to be combined with schemes – such as mobile medical services – that mean that people no longer need to travel quite so far.

How can change be achieved here?

We need broader awareness of this issue across society, but we also need a legal basis. The aim of our transport system should no longer be to facilitate road traffic; instead it should be to provide the best possible protection for the weakest road users – that is, for pedestrians. The transport sector must also change its thinking – for example with regard to vehicles that can take e-scooters, easily understood ticket systems and affordable prices. In rural areas travelling by bus is sadly often more expensive than using your own car or even taking a taxi.

Why is the social side of sustainable transport so often neglected at present?

It’s just that the idea of linking social policy and climate policy is relatively new. And unfortunately environmental policy is often formulated by people who aren’t aware of these problems.

What would you need in order to contribute more on this front?

Above all, more time. We are confronted with many different issues – we are dealing with the Municipal Finance Act and the Public Transport Act as well as with the carbon price and the EEG levy. When new draft legislation is pending, we usually have only ten days in which to prepare comments and thus possibly get listened to. In the case of the Public Transport Act we had some success – we pointed out some gaps in the rules on accessibility.

What do you see as the biggest myth in connection with socially equitable transport?

The idea that poor people cause pollution because they drive around in old cars. Poor people don’t usually have a car at all, and if they do they drive less and their trips are shorter – and they don’t do long-haul travel, which causes significantly more pollution.

Dr Ines Verspohl has a Master of Arts in European Studies from Maastricht University and a doctorate in political science from Osnabrück University, where she specialised in European reforms of the health system. After her studies she then worked as a research officer for Germany’s health advisory council (Sachverständigenrat Gesundheit). Since 2012 she has been utilising her expertise at the Sozialverband VdK, initially as an advisor on health policy and since 2019 as Head of Social Policy.

The air improves. Food becomes healthier. And employment becomes fit for the future. We often emphasise the positive effects…

more
A range of social effects

The light is on in the living room. The accommodation is well heated. The bath tub fills with hot water. In this country,…