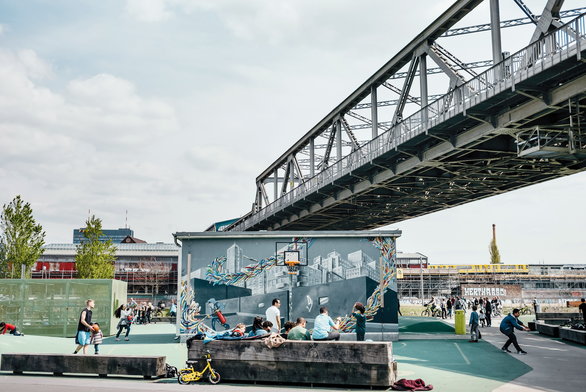 The air improves. Food becomes healthier. And employment becomes fit for the future. We often emphasise the positive effects of a shift towards greater sustainability. Protecting the climate, conserving biological diversity and hence making the necessary changes in production methods and consumption habits are important for the future wellbeing of humanity. At the same time, changes that are triggered or accelerated by environmental policy impose a burden on many people, who then feel disadvantaged. Environmental and climate policy measures can have a wide range of social consequences – affecting consumption and employment as well as participation in society. The Oeko-Institut is exploring the precise nature of these impacts.

“There are heated and very wide-ranging debates about the social impacts of climate and environmental policy – for instance with regard to job losses linked to the phasing out of coal, or the financial burden on households caused by higher heating costs and petrol prices as a result of the carbon price. In this context, people often talk about unfairness. At the same time, the Fridays for Future movement, under the banner of climate justice, is calling for significantly more ambitious measures,” says Dirk Arne Heyen of the Oeko-Institut. “Before making a sweeping statement about whether environmental policy is fair or unfair, we should consider various social aspects.” For example, we should think about who causes environmental problems and who suffers as a result. “More affluent countries and people make an above-average contribution to environmental problems – for example because their more extravagant lifestyles mean that they use more energy and natural resources. Meanwhile those who are financially less well off tend to be hit harder by the environmental consequences, perhaps because they depend on cheaper accommodation, which may be situated on a busy main road, or because they live in countries that are more severely affected by climate change. From the point of view of fairness that is obviously a major problem.” Another important point, the researcher says, is the question of who particularly benefits from environmental policy measures – such as through jobs in new sectors, energy-efficient housing or financial support – and who fails to benefit or may even be put at a disadvantage.

As a first step in the project entitled “Social aspects of environmental policy”, which was commissioned by the German Federal Environment Agency (UBA), the Oeko-Institut has produced a detailed overview of the current state of research into the social impacts of environmental policy measures in this country. “There are many studies of how such measures affect the expenditure of private households on energy and transport,” says Dirk Arne Heyen. “Rising taxes and levies – especially on electricity and heating – tend to impact more severely on lower-income households, who spend a larger proportion of their income on these basic needs.” But he goes on to say that the effects must be considered in totality. “A rise in energy prices does not automatically have to increase the burden on people – energy-saving measures or relief through redistribution of state revenue can counteract this.” At present many environmentally harmful subsidies, such as the company car taxation system, are mainly of benefit to higher earners; a reform of these subsidies based partly on criteria of socially equitable distribution could have a positive impact.

With regard to the effects on employment, the expert again recommends looking carefully at the details. “Obviously moving towards a climate-neutral society also affects the economy – for example, the motor industry. In the medium term, fewer workers will be needed to produce electric cars. But at the same time, new jobs will arise in other areas, such as in the energy sector and in mobility services. These jobs may of course be in other regions or call for different qualifications.”

In another project for the Federal Environment Agency, entitled “Strategies for the ecological structural change towards a Green Economy”, Oeko-Institut researchers have considered which sectors face change and looked at the automobile and chemical industries in more detail. They analysed drivers and challenges and produced recommendations on the management of structural change. “If this change is to be successful, it must be tackled early: it’s no good sticking our heads in the sand and hoping that everything will simply stay as it is,” says project manager Dirk Arne Heyen. Policymakers, he says, must formulate clear medium- and long-term goals and create a reliable operating environment, for example for the motor industry. “In addition, policymakers, companies, trade unions and works councils must together commit to the necessary further training or retraining of employees.”

In addition to the socioeconomic aspects of environmental policy, there are wide-ranging non-material impacts, such as the effects on people’s physical and mental health, and these may in turn have financial consequences. “For example, this is about who is affected by noise or air pollution, and who has access to nature or to green space,” says the Senior Researcher from the Oeko-Institut. “Green spaces are not only places for recreation and exercise – and therefore relevant to health; they also facilitate social interaction.” This shows that environmental policy can impact on the organisation of everyday life and leisure time and on social relationships. “Other examples of this are the availability of public transport and the way road space is divided between motorists and cyclists.”

Relatively little research has been conducted into the psychosocial effects of environmental policy measures and discourse, although Dirk Arne Heyen is of the view that such research could be very useful, especially as an aid to understanding resistance to environmental policy. “For example, people employed in coal mining or industrial agriculture may feel that their work is not valued as it should be. Whether people derive enjoyment or pleasure from sustainable eating habits and travel practices or from those that are more environmentally damaging also seems to me to be relevant. This can, of course, vary between different population groups.”

According to Heyen, considering social effects usually needs to involve looking at the impacts on different social groups – and not just viewing the issue in terms of income. “For example, women may be affected differently from men, people in rural areas differently from city dwellers, people with a migration background differently from those without such a history. Similarly, the green spaces we have already mentioned may be of particular benefit to the elderly and to young people, who are more likely to stay within their immediate locality when they go out. We also need to distinguish between impacts in this country and abroad, and between effects on present and future generations.”

A discourse and media analysis

As part of the continuation of the project on “Social aspects of environmental policy” the Oeko-Institut is shedding light on other aspects too. Franziska Wolff, head of the Environmental Law and Governance Division, has conducted a discourse and media analysis in this field. “We have investigated how social aspects arising from protection of the environment are treated in the German media and what position the various stakeholders adopt in relation to them,” she says. “The aim was to identify key issues and also possible conflicts and blind spots in the public discussion.” The findings were sobering: during the study period of 2018 to 2020 the analysed print media addressed the social impacts of environmental policy only in passing. Only rarely is there any mention of how the costs and benefits of environmental policy are distributed across society – and of the fact that many environmental policy measures, including noise control, water pollution control and action on climate change, impact positively on social issues and vulnerable groups. Another stage of the project involves reviewing and evaluating societal trends such as demographic change, digitalisation and urbanisation. “We want to identify how such trends affect the links between the environment and social issues – and hence also evaluate how a socially oriented environmental policy should respond to these trends,” says Wolff.

“In view of the varied nature of the aspects and of the equity principles that could be considered, it is virtually impossible to produce a final and universally valid definition of when environmental policy is socially fair,” says Senior Researcher Dirk Arne Heyen. “However, there is a lot to be said for always paying attention to vulnerable sections of the population and attempting to reduce existing inequalities rather than enlarge them.” In a project on social and environmental indicators for the EU Commission, the Oeko-Institut has defined three overall objectives for a socially equitable environmental policy. As a first goal, such a policy should protect the environment for the wellbeing of everyone, but at the same time it should also reduce the present unequal distribution of environment-related risks, burdens and benefits. “Secondly, it is important that low-income households and those that are vulnerable in other ways are not disproportionally burdened with regard to their needs but instead are enabled by environmental policy to draw on financial benefits and opportunities for social participation.” And thirdly: people who are affected by structural change – for example, in coal mining – should receive particular support in terms of employment opportunities. These are important steps in enabling as many people as possible to benefit from better air, healthy food and future-oriented employment.

At the Oeko-Institut the Senior Researcher Dirk Arne Heyen works on sustainable societal change, the political shaping of such change, and acceptance issues. Franziska Wolff has been Head of the Environmental Law and Governance Division since 2014; her research focuses on issues relating to the principles of environmental policy, including consistency with other policy objectives.

Issue paper: Just transition in the context of EU environmental policy and the European Green Deal

Issue paper: Measuring a Just Transition in the EU in the context of the 8th Environment Action Programme. An assessment of existing indicators and gaps at the socio-environmental nexus, with suggestions for the way forward

The light is on in the living room. The accommodation is well heated. The bath tub fills with hot water. In this country,…

The transport sector is an area of concern in the transition to sustainable energy: it is not yet making any significant…