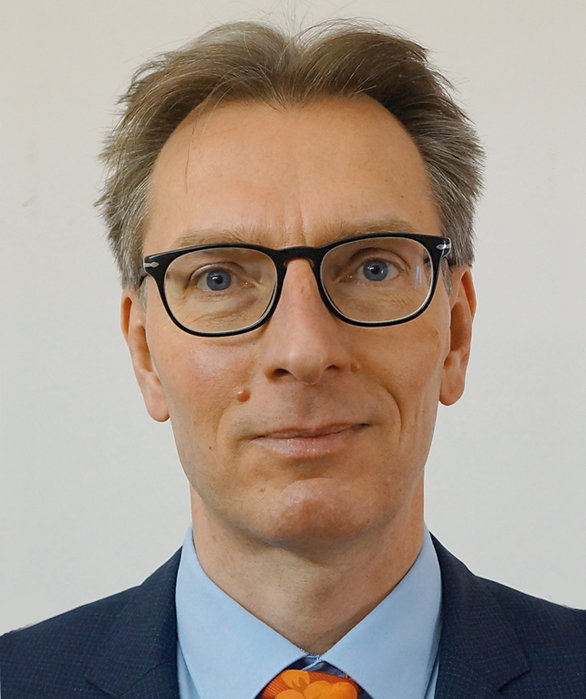 Ban construction! The title says it all: in 2015, Daniel Fuhrhop published an impassioned polemic against new builds. Presenting his case from an economist’s perspective, he argues that the demand for housing can be met through smart use of the existing building stock. Daniel Fuhrhop is now based at the Carl von Ossietzky University of Oldenburg, where he is working on a research project on optimised use of living space and new housing models. In this interview with eco@work, the former publisher talks about living space trends and strategies for space-saving living. And, of course, he explains why he is convinced that new construction, in most cases, is no longer needed.

Daniel Fuhrhop, what is the general living space trend in Germany?

Living space is expanding overall because the number of new housing units being built is consistently higher than is necessary to cover population growth. Between 1993 and 2018, Germany’s total dwelling stock increased from 35 to 42 million units, while the population grew by just two million over the same period. Of course, there are various factors at play, such as smaller households and increased demand in booming cities. But that does not justify this kind of growth. In many regions, we are seeing more construction than is rational.

Why should we reduce the number of new builds?

Because living space is an important resource and from both a climate and an energy perspective, we should not use it wastefully. The construction and operation of buildings account for around 40 per cent of greenhouse gas emissions. Energy efficiency alone will not be enough to bring about the heat transition. A trend that we can observe in Germany is that many senior citizens live in apartments and houses which have grown too large for them, perhaps because their children have moved out. With our ageing society, the problem is getting worse. However, some senior citizens do not want to live alone.

Where is there scope to make better use of living space?

It is important to produce an inventory of vacant properties – we think there are around two million at present – and regenerate them. But as I see it, one of the main priorities for space-saving living is to consider and facilitate the diversity of housing preferences and lifestyles. This must include providing support for people who would like to live in a smaller space and offering them a range of options. This can include moving into a smaller apartment, or converting existing housing into self-contained units, but it could also include sub-letting or communal living arrangements. There are many excellent models that have been tried and tested.

You are currently working intensively on a model at the University of Oldenburg.

Yes, that’s correct. It’s called “Living for Help”. For example, a student could move in with a widowed pensioner on the basis of an agreement that instead of paying rent, he will assist with household chores – doing laundry, mowing the lawn, repainting the garden fence, and so on. We need agencies that can connect people.

How much potential does the model offer?

If we look at the organisations that are performing best, we see that the number of matches is very high. For example, there is a small Wallonian organisation that matches homeshare pairs in and around Brussels. In 2019, there were 330 new homeshares like this in Brussels and a further 120 in smaller towns in the region. If this success rate could be replicated in Germany in proportion to its population size, we would achieve more than 7,000 new homeshare pairs annually. Unfortunately, we are a long way off unlocking the available potential here.

Who should be responsible for promoting these models?

Basically, it is a matter for government and administration at the federal, state and municipal levels. Thus far, the public authorities have tended to view housing purely as a social issue. It is time to raise awareness and focus attention on the massive climate impact of living space. But that will require coherent and strategic action – an integrated programme, in other words.

In conversation with eco@work: Daniel Fuhrhop, author and economist at the Carl von Ossietzky University of Oldenburg.

Daniel Fuhrhop is an economist and founder of the Stadtwandel Verlag publishing house in Berlin. He was a publisher for 15 years before he started writing books. His book Ban Construction! A Polemic against Speculation, Demolition and Land Consumption (Verbietet das Bauen! Streitschrift gegen Spekulation, Abriss und Flächenfraß) was published in 2015, followed by his Guide to Simply Living Differently (Einfach anders wohnen) in 2018. He has a blog and a website and can also be found on Instagram. Based at the Ecological Economics Institute at the Carl von Ossietzky University of Oldenburg since 2019, Daniel Fuhrhop is currently working on the research project “OptiWohn - Quarters Specific Probe and Development of Innovative Strategies for the Optimized Use of Living Space”. His research focuses on all variants of invisible living space.

The present situation cannot continue: the building sector is heading for a substantial emissions gap. Under the Federal…

Gas or oil? For a long time, these seemed to be almost the only heating options available. Today, there is much more choice.…