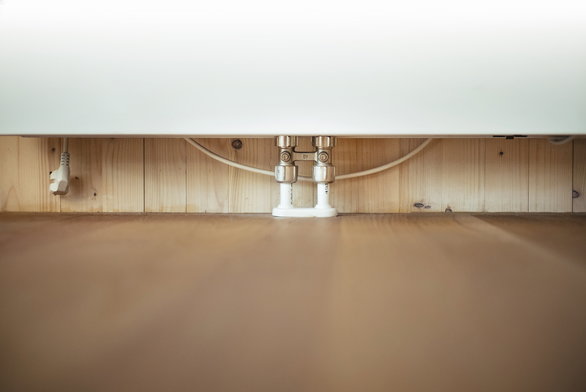 Gas or oil? For a long time, these seemed to be almost the only heating options available. Today, there is much more choice. Depending on the locality and region, geothermal, solar thermal or even industrial waste heat may be worth considering. What is still lacking, however, is a broad overview of which type of heat supply is most appropriate and sustainable for different municipalities and neighbourhoods. But in Baden-Württemberg, that is about to change: here, under the amended Climate Protection Act adopted in 2020, larger towns and urban districts must carry out municipal heat planning – a major step towards a climate-neutral heating sector.

Municipal heat planning is a long-term strategy for conversion of the heat supply as an element of sustainable urban development. It requires each municipality to look at the development of its heat sector, taking account of local conditions, and consider how it can become climate-neutral. “This should start with an inventory of current heat demand and existing infrastructure, as well as scenarios on possible future trends,” explains Benjamin Köhler, a Senior Researcher at the Oeko-Institut.

A considerable amount of detailed information is required: on the refurbishment status of buildings, the type of heating systems installed, and the specific supply structures. The analysis looks at neighbourhoods, streets and sometimes even individual buildings and also identifies open space that may be suitable for solar thermal, for example. “In addition, the municipality considers where there is potential for heat generation or recovery, focusing on renewables such as geothermal and solar thermal or biomass, but also on waste heat from industry or incineration plants.” A municipal heat plan is then developed as a roadmap for the long-term heat supply. It is important that the various planning processes are well-coordinated and that all stakeholders are involved, from the municipal utility companies and urban planners to the environmental and civil engineering departments. “This enables an integrated, efficient and sustainable heat supply to be designed for the long term.”

Denmark in the lead

In Denmark, communal heat planning began several decades ago. After the oil crises in 1973 and 1979, the country was keen to become less dependent on energy imports. “Heating networks offered a great opportunity here, so they were expanded on the basis of heat plans, mainly in urban centres at first. At the same time, the price of oil-fired heating was pushed up using taxes and levies, for example,” says Benjamin Köhler. To avoid the formation of monopolistic structures, almost all the district heating suppliers are owned by the municipalities or cooperatives. Profits have to be ploughed back, and strict transparency criteria apply. But heat planning has not only contributed to the expansion of district heating. It has also led to buildings being refurbished and low- or zero-emission heating systems being installed in neighbourhoods in which developing or expanding district heating was not, or is not, the most efficient and favourable option. Today, almost every municipality has a heat plan, and Denmark shares its experience with Germany in their inter-country dialogue. This includes addressing ongoing challenges: “Of course, more district heating does not necessarily mean more sustainability. At present, Denmark still burns a lot of waste and wood, as well as coal. Work is being done to find ways to increase the number of heat pumps and boost the share of geothermal and solar thermal energy.”

In Benjamin Köhler’s view, energy-related spatial planning, which is carried out in Salzburg, Vienna and the federal state of Styria in Austria, is another good approach. It deals with the structural dimension of energy supply and demand, with a focus on how space can be secured and utilised for renewable energy production. “Space is a critical factor for the heat transition,” says the senior researcher. “We need it for solar thermal and heat storage facilities, as well as for geothermal drilling and installations that convert surplus renewables-generated electricity into heat.”

Heat: a matter for the Länder

Baden-Württemberg is now the first German state (Land) to introduce municipal heat planning on a mandatory basis. Towns with a population of more than 20,000 have until the end of 2023 to produce a heat plan; other municipalities may do so voluntarily and can apply for funding for this purpose. “Unfortunately, the Climate Protection Act is vague on matters relating to implementation, and that’s a risk,” says Benjamin Köhler. As he explains, the law simply states that five actions must be initiated within five years of the plan’s publication. “It is important that the heat plan leads to real policy-making at the local level, for example by forming the basis for decisions on the heat production infrastructure in districts where new-build or regeneration projects are under way. And it is essential to ensure overall coherence across the heat plans so that not every municipality prioritises biomass, for instance, which offers insufficient potential.”

Hamburg has already produced a heat map, or “heat cadastre”, which compiles information on heat demand and supply. But other German states are trailing behind. “In Schleswig-Holstein, the climate protection legislation states that municipal heat planning is voluntary. And it’s regrettable that when Bavaria updated its Climate Protection Act, it couldn’t bring itself to make municipal heat planning compulsory.” Municipal heat planning is still in its infancy, says Benjamin Köhler. Integrated and strategic approaches are in short supply, and most of the German states do not carry out heat planning as mandatory. “There is still a heavy reliance on voluntary approaches and incentives via funding schemes, as was previously the case with building refurbishment as well,” says Benjamin Köhler. “However, it is difficult to adopt rules that apply on a nationwide basis when heat planning is a municipal, local or regional responsibility.”

How to move forward on this issue is one of the questions currently being explored by the Oeko-Institut and its project partners in a study on the energy transition in the heating sector, commissioned by the Federal Ministry for Economic Affairs and Energy (BMWi) and the Federal Energy Efficiency Center (BfEE). A key aspect of the project involves gaining an overview of the status quo and identifying which Land laws already include provisions on municipal heat planning, what kind of plans are being developed, and what we can learn from other countries. “Another key question is how the German government can take action by introducing legal requirements, for example. Rules cannot generally be imposed on the municipalities in this instance, so we are looking at whether municipal heat planning can be introduced nonetheless, and how this can be done.” One possibility is to devolve statutory obligations from the Land to the municipal level. Baden-Württemberg can act as a role model here, with other German states following its lead.

Looking to the future of the heat supply, Benjamin Köhler not only expects a growing commitment to heat planning. He also predicts that the question of which energy to use for heating and hot water will be answered in increasingly diverse ways in the coming decades, depending on local conditions, with positive impacts on local and regional value-added. “Cities such as Karlsruhe and Hamburg will be using waste heat from industry, while in Munich, exploitation of deep geothermal energy will have a key role to play,” he says. By then, the days when natural gas and oil were the only heating options will be a distant memory.

Benjamin Köhler’s work at the Oeko-Institut deals with various aspects of the heat transition, including energy-efficient buildings, climate-adapted construction and the techno-economic evaluation of buildings and building energy systems. He also develops policy instruments for sustainable transformation of the building sector. Benjamin Köhler has a Master’s degree in Energy and Environmental Management.

Article in eco@work magazine: Climate targets for 2030 – on the right track? Buildings – the immovables

The present situation cannot continue: the building sector is heading for a substantial emissions gap. Under the Federal…

Ban construction! The title says it all: in 2015, Daniel Fuhrhop published an impassioned polemic against new builds.…

more
“Living space is a ressource”