Dr. Barbara Hendricks on the occasion of the 40th anniversary

A greeting from the Federal Minister for the Environment, Nature Conservation, Building and Nuclear Safety 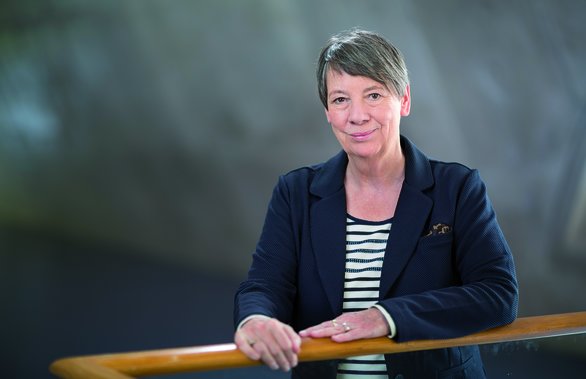 On the Oeko-Institut’s website there is a paper by the social scientist Jochen Roose marking the 25th anniversary of the Oeko-Institut. I recommend you to read it. From the present perspective, on the 40th anniversary, a particularly interesting part is the last section in which Roose in 2002 looks ‘into the glass ball’ and draws up scenarios for the future of the Oeko-Institut. Today, thank goodness, we can discard the ‘decline’ and ‘radicalisation’ scenarios. What corresponds most closely to reality is the ‘normalisation’ scenario – and it is not the worst. In fact, the Oeko-Institut now occupies an important position; it makes a valuable contribution to the environmental debate and is an important source of stimulus.

Forty years ago this success could not be foreseen. The Oeko-Institut – like the Federal Environment Ministry – has its roots in the debate on nuclear power. It grew out of the opposition to construction of the Wyhl nuclear power plant in Breisgau. Within the anti-nuclear movement the opposition to Wyhl was something special, not only because it was ultimately successful. It was characterised by a clear strategy of non-violence and an unusually strong rootedness in the local community. Despite initial successes in court, it was apparent at that time that citizens’ initiatives had to deal with a closed defensive front of experts from government and industry. The founding declaration of the Oeko-Institut states that the institute wants to help citizens obtain scientific support for their campaigns by providing expert opinions and making specialists available.

Scientific counter-publicity for greater protection of the environment – that must have seemed starry-eyed to many people at that time. But it turned out to be a successful path, and not just in connection with the nuclear debate.

The site of the Wyhl nuclear power plant is now a nature conservation area; the phasing out of nuclear energy has been agreed. In March this year the German government submitted a draft of the revision of the law on selecting a site for the nuclear waste repository. That takes us a big step closer to the goal of ending a major political conflict that has kept our country in suspense for decades.

For us policy-makers, the Oeko-Institut will continue to provide critical support, including in connection with the other environmental issues that are crucial to our future, from climate change mitigation to sustainable consumption.