Yes, we are open: scenario data on the Open Energy Platform 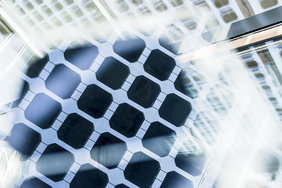 Data for the energy transition

The Open Energy Platform (OEP) – which is funded by the German Federal Ministry for Economic Affairs and Energy (BMWi) – makes high quality data for energy system analysis freely available on the Internet, following the principles of Open Science.

With the SzenarienDB collaborative project, scientists have expanded the OEP to include open scenario data and have further developed the Open Energy Family tools, thus smoothing the way for increased scenario transparency.

On 20 January 2021, the research group presented the scenario database and the expanded Open Energy Platform to the public.

Users of the Open Energy Platform (OEP) can:

All data in the OEP are openly licensed and further use by third parties is permitted. The nature of this licence is always documented in the comprehensive metadata set. It contains information on context, sources, terms of use and other specifications. The metadata are based on the FAIR Data Principles, which make data findable, accessible, interoperable and reusable.

In SzenarienDB, Fraunhofer IEE, the Oeko-Institut, the University of Magdeburg and the Reiner Lemoine Institute worked together to develop the Open Energy Platform as an open source project located on GitHub, with a focus on scenario data.