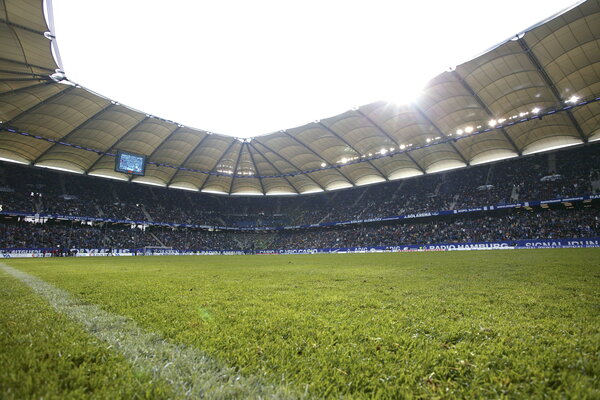 Avoiding emissions at the tournament

Around 80% of the expected total emissions from the 2024 UEFA European Football Championship (UEFA EURO 2024), which is contested by the men’s national teams, will come from transport – and a substantial proportion is attributable to fans’ international air travel, according to a new analysis of the event’s ex-ante carbon footprint. The calculations by the Oeko-Institut form part of the Concept and Feasibility Study for a “Climate Neutral” UEFA EURO 2024, conducted on behalf of the German Environment Ministry (BMUV) and released today.

At approx. 490,000 t CO₂ equivalents (t CO₂e), the expected overall result is in line with the results obtained for previous championships.

Climate responsibility instead of offsetting

The analysis was a means to an end: the overarching goal was to develop practical measures in accordance with the principles of “prevent, reduce, offset”.

Even if all the GHG mitigation strategies are implemented, some emissions will still be produced. Assuming that the aim is to achieve climate neutrality, these remaining emissions can be offset or compensated for using mitigation certificates, i.e. by financing GHG reductions elsewhere.

To make transport to the games and fan zones (public viewing areas) more climate-compatible, spectators and teams should travel by rail, making use of special tickets, special trains and night trains, instead of flying or driving. At local level, as many fans and teams as possible should utilise eco-friendly mobility options, i.e. cycling, buses and rail, boosted by an additional public transport offer. No space will be available for private cars. In order to make travelling by train a more attractive option, the researchers recommend expanding the Combi-Ticket so that it is valid for long-distance rail as well as local public transport.

The team of experts also look at the use of materials. Here, they suggest that in order to conserve resources, temporary structures (tents, stands for stadiums and fan zones), furniture, carpets, lighting and electrical fittings should be rented rather than purchased, and there should be no give-aways, flyers, etc. at all.

The analysis for EURO 2024 presented here is an ex-ante carbon footprint that was prepared between autumn 2021 and spring 2022. Ex-ante assessments are based on planning parameters and estimate the expected climate impacts of projects ahead of their implementation. In addition to the stadiums and the tournament itself, the activities of the 10 host cities where the matches will be held were also taken into account. An ex-post carbon footprint will be produced after the event using actual data.

As EURO 2024 was still in the preparatory phase when the ex-ante carbon footprint was drawn up, some parameters, such as spectators’ choice of transport mode, contain uncertainties. Nevertheless, a well-founded assessment is possible, as numerous input parameters can be determined with sufficient accuracy; an example is the number of tickets, which is based on the stadiums’ capacity to host international fixtures.

Guidelines: applying the measures to other major sports events

Although the practical measures were developed specifically for EURO 2024, they can also be applied to other major national and international sports events. Recommendations for action can be found in a separate document.

Concept and Feasibility Study for a “Climate Neutral” UEFA EURO 2024, by the Oeko-Institut