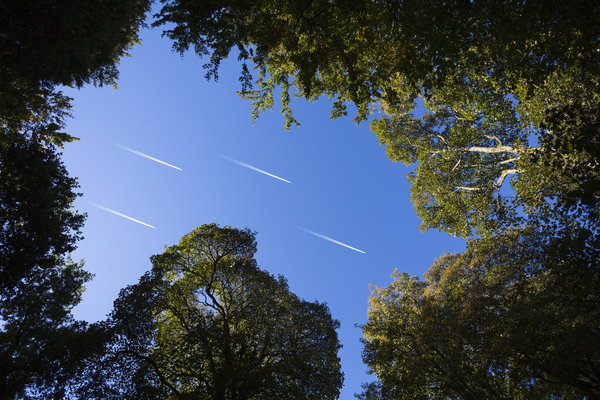 Germany should campaign for EU-wide taxation of aviation kerosene and increase the aviation tax so that it offsets the absence of VAT on international flights. These and other proposals could end the present preferential treatment of air transport over other modes of transport such as rail and increase incentives to reduce climate-damaging greenhouse gas emissions. This is the conclusion of a recent study conducted by the Oeko-Institut on behalf of the Climate Neutrality Foundation.

“Flying is the most environmentally damaging form of transport, yet it is accorded numerous privileges over other forms,” states Anne Siemons, Senior Researcher at the Oeko-Institut. “For example, kerosene is exempt from the energy tax, and no VAT is levied on flights that cross the German border. These subsidies are environmentally damaging and should therefore be removed.”

Regulate aviation in the EU and internationally

Furthermore, to increase aviation’s contribution to climate change mitigation, the EU Emissions Trading Scheme (EU ETS) and the international CORSIA scheme should be ramped up to make them more effective. In the forthcoming reform of the EU ETS, the free allocation of emission certificates for aviation should be ended and instead all certificates should be auctioned. “Aviation continues to receive most of its certificates free of charge, even though there is no risk of it ‘migrating’ to other parts of the world,” says Jakob Graichen, Senior Researcher at the Oeko-Institut. In addition, the EU ETS should continue to apply to all flights within Europe.

At international level Germany should press for the international CORSIA programme – which aims to reduce and offset CO2 emissions – to make a real contribution to climate change mitigation. CORSIA will be reviewed for the first time in 2022. This is an opportunity to introduce important improvements, including a zero emissions target for aviation by 2050, more ambitious interim targets for 2035, blending rates for synthetic fuels (e-fuels) and stricter quality standards for offsetting certificates.

“CORSIA currently has virtually no effect on the climate – there is an urgent need for that to change if the programme is to have any future at all,” notes Dr Lambert Schneider, Research Coordinator for International Climate Policy at the Oeko-Institut. “In the medium term, both the EU ETS and CORSIA should cover the entire climate impact of flying, because the CO2 emissions by themselves account for only about a third of that impact.”

According to the International Air Transport Association IATA, aviation generated some 905 million tonnes of CO2 in 2018 – roughly 2.4 percent of all anthropogenic CO2 emissions. This means that if aviation were a country, it would rank sixth on the list of the largest emitters.

In Germany, the proportion of greenhouse gas emissions contributed by aviation is even higher at 3.6 percent; in the EU as a whole the figure is 4.1 percent. Emissions from international air transport account for around 94 percent of Germany’s total aviation emissions. A quarter of the total arises from flights to other EU countries and somewhat less than three quarters from flights to non-EU countries; around six percent of emissions are attributable to flights within Germany. Furthermore, Germany’s emissions from international aviation increased by almost 150 percent between 1990 and 2018; in the EU they rose by around 140 percent.

Aviation’s harmful impact on the climate is by no means limited to its CO2 emissions: alongside the direct emission of greenhouse gases, air transport has other adverse effects on the climate through cloud formation and other chemical processes, known as non-CO2 effects. Averaged across the world, the overall contribution of aviation to global warming is about three times that of its contribution through CO2 emissions alone.