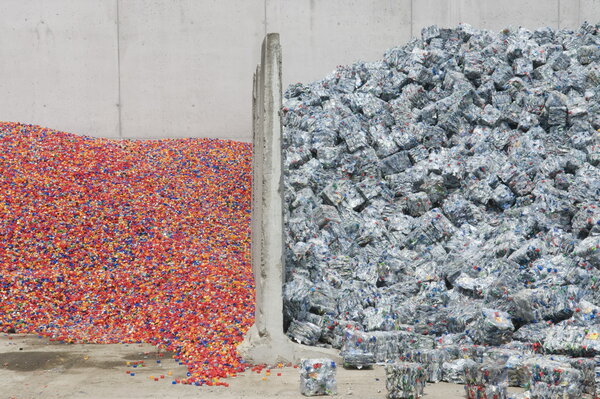 In the context of the EU Packaging and Packaging Waste Directive (PPWD), Eunomia, a British consulting firm, determined the recyclate quantities in packaging that must come as outputs from chemical or mechanical recycling.

A research team from the Oeko-Institut has calculated the environmental impacts of this scenario and presented the findings in the study “Climate impact of pyrolysis of waste plastic packaging in comparison with reuse and mechanical recycling”, commissioned by Zero Waste Europe (ZWE) and the Rethink Plastic alliance.

Mechanical recycling should be given legal preference over pyrolysis

Chemical recycling (in this case, pyrolysis) of plastic waste produces much higher greenhouse gas (GHG) emissions and losses of material than mechanical recycling.

An opportunity lies in the combination of the two: here, residues from mechanical recycling are converted into recyclate via pyrolysis and follow-up processes. The use of this recyclate in plastic products avoids the manufacture of primary plastics from crude oil, thus offering additional GHG reductions. Assuming a shift of 30% from chemical to mechanical recycling, this reduction amounts to a 61% higher contribution to climate change mitigation.

Based on the figures used in the study, GHG emissions from pyrolysis are nine times higher than from mechanical recycling of plastic waste. A further problem with pyrolysis is that over half of the carbon in plastic is lost in the process and has to be replaced by new plastic. This impedes the development of a circular economy.