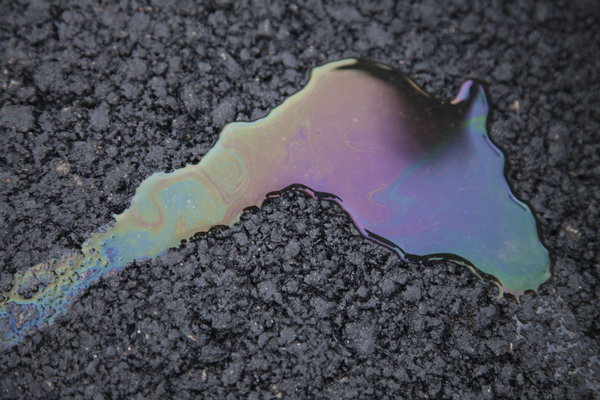 Petrol and diesel cannot be recycled

The annual crude oil demand for passenger cars in Germany can be reduced by 56 percent by 2035 compared to 2020 if the share of electric passenger cars in German registrations rises to 100 percent until then. These savings significantly exceed the consumption of fossil fuels such as natural gas, which are needed to cover the additional electricity demand of electric vehicles.

Assuming this scenario, the peak of primary metal consumption in the passenger car sector will already be reached around 2035. The key raw materials here are lithium, cobalt, nickel and copper for the lithium-ion batteries. The increasing secondary metal quotas, i.e. the use of recycled metals from traction batteries, in the coming years will also contribute to this. The consumption of platinum group metals - such as platinum, palladium, or rhodium - for car exhaust catalytic converters will also fall sharply in this case: to near zero in 2035.

These are the results of the study "Resource consumption of the passenger vehicle sector in Germany until 2035 - the impact of different drive systems" commissioned by the Federal Environment Ministry. The Oeko-Institut research team, supported by colleagues from ifeu and Transport&Environment, has thereby presented a comprehensive analysis of the resource consumption for different developments.

"We have fairly compared the impacts of different powertrains by including the demand for metals and fossil fuels in the resource consumption of both electric cars and internal combustion engines," says Dr Matthias Buchert of the Oeko-Institut. "We have closed a research gap by investigating and evaluating possible developments of the German passenger car sector until 2035 from a resource perspective."

Key Recommendations from the Study

The following recommendations are derived from the study results:

The Method of the Research Team

For the analysis, the scientists defined two different scenarios for the possible development of the passenger car sector in Germany until 2035. The goal: to highlight the essential differences in raw material consumption. A combustion scenario and an electric vehicle scenario were compared.

As the automotive industry is currently developing rapidly towards the electrification of vehicles, the consumption of resources for core components of electric vehicles - first and foremost the lithium-ion battery - has also been critically investigated for years in terms of environmental impact and negative social effects. The study analyses the most important developments for the main raw materials and assesses their relevance.

In the short to medium term, the electric vehicle scenario results in a growing metal demand, but much less fossil fuel is consumed. In the combustion scenario, the metal demand is lower, but the fossil energy demand is and remains very high. In the long term, however, metals can be recycled, while fossil fuels can no longer be used after combustion.

However, the study does not only shed light on the effects of the raw material demand for lithium, cobalt, or rare earths. An important focus is also on the production and supply regions from which the resources needed in Germany originate. The majority of the oil for Germany comes from supplier countries where oil production has negative environmental and social impacts.

Background of the Scenarios

The drive systems combustion engine, hybrid, plug-in hybrid and battery electric vehicle provide the data for the simulation. Both scenarios were based on annual new registrations of approximately 3.2 to 3.3 million passenger cars. In order to maintain comparability in the evaluation, for methodological reasons it was decided not to include other cornerstones of a transition to a more sustainable transport sector - for example, more public transport and cycling and fewer cars.

The researchers focused on the components and the most important materials that differ between the individual powertrain systems. These include, for example, the car exhaust catalytic converters for cars with internal combustion engines or lithium-ion batteries in electric vehicles. Vehicle components such as tyres, bodywork, windscreens, suspension and their required raw materials, which are installed in all passenger cars, were also not considered in the study.

The energy sources required were also taken into account: Diesel and petrol as well as electrical energy. In addition, the infrastructure required for energy production was included in the calculation of resource requirements. For the electricity mix in Germany, a growing share of renewable energies up to around 69 percent in 2035 was taken as a basis.