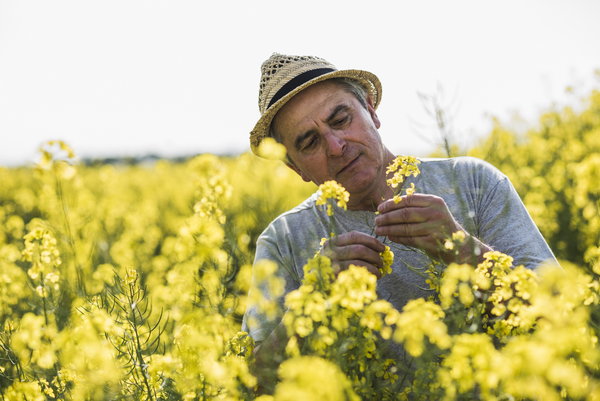 Biomass is a valuable commodity

Germany needs a lot of land abroad to cover its domestic consumption of biomass. Animal production is an important driver of the ecological footprint of agricultural biomass. Biomass consumption in Germany takes up three times as much agricultural land in other countries as in Germany. The demand led to significant land-use changes in other regions in the period from 2000 to 2015.

These are initial findings of the SYMOBIO project, which have been published in the journal Nature Sustainability. The project, which is funded by the German Federal Ministry of Education and Research, is developing a self-learning and intelligent monitoring system for the bioeconomy. It focuses primarily on domestic and imported biomass. The research team includes two scientists from the Oeko-Institut.

Land use for biomass consumption

Total biomass consumption in Germany has grown less strongly in recent years and projections anticipate a decrease. Biomass encompasses all organic substances of plant or animal origin that can be used as food, feed, material feedstock or energy resource.

However, because the bioeconomy strategies for Germany and the EU promote a biomass-based economic model, the demand for biomass in Germany could rise in the longer term. This would have more and more negative effects, such as the conversion of semi-natural land into arable land with an accompanying loss of ecosystem functions and biodiversity. The bioeconomy involves the transition from an oil-based economy to a market economy in which fossil resources are substituted by various replenishable resources.

The footprint of irrigation water withdrawal fell between 2000 and 2015 and may decrease further in absolute terms by 2030. Nevertheless, the proportion of supply regions with water stress could increase.

These findings show that comprehensive monitoring of the bioeconomy must take account of the producer and consumer perspectives and the global footprints of countries’ economies. The findings are contributing to the development of a permanent bioeconomy monitoring system for the German government.