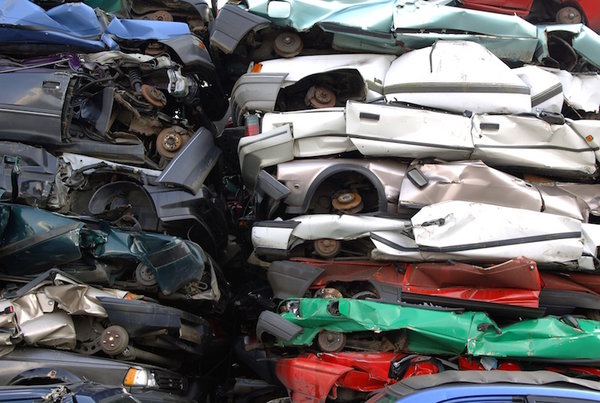 End-of-life vehicles i the European Union.

Over three million end-of-life vehicles (ELVs) in the European Union have unknown whereabouts. There is some concern that they are dismantled illegally and in a manner that damages the environment. On behalf of the European Commission, Oeko-Institut in a recent study deals with issues relating to the whereabouts of these vehicles, and develops measures to define and to reduce the number of the hitherto unregistered end-of-life vehicles.

To this aim, the project team led by Dr. Georg Mehlhart, senior researcher at Oeko-Institut with particular emphasis on sustainable waste management, has launched a public consultation aimed at all citizens as well as governmental and non-governmental organisations, companies and initiatives. The results will be published on the project group's website in October 2016 and presented and discussed at a stakeholder workshop in Brussels on November 23, 2016.

Evaluation of the EU directive on end-of-life vehicles

The consultation's results will be used to assess the implementation of EU Directive 2000/53/EC on ELVs. The directive seeks to improve the re-use of parts from vehicles that are no longer roadworthy, thereby saving energy and resources. The findings gathered in the project will furthermore be incorporated into proposals for action, which should help the European Commission implement possible amendments to the legally binding EU document 2005/293/EC. This document requires each EU Member State to annually set its own ELVs recycling rates and to report them to the European Commission.

The public consultation, which is being accompanied technically and academically by Oeko-Institut, is open until September 21, 2016 and is made publicly available on Oeko-Institut's project website.

Oeko-Institut manages the project, which will continue until mid-2017, co-operating with the ARGUS Statistics and Information Systems in Environment and Public Health GmbH, and the ICEDD - Institut de Conseil et d'Etudes en Développement Durable, as well as the Resources and Waste Advisory Group (RWA).