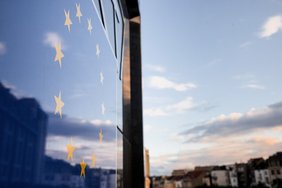 In the coming weeks, the European Union will discuss the shaping of its climate package, which lays down the implementation of climate protection targets in the EU. On behalf of WWF Germany, Oeko-Institut has analyzed the impact of the EU Commission’s proposals for the EU Emissions Trading System (EU ETS) and for other economic sectors on achieving the EU's target to reduce greenhouse gas emissions by 40%. The results of the calculations can be comprehensively and interactively explored with WWF’s online calculator.

The European Union wants to reduce at least 40% of its climate-damaging greenhouse gases by 2030 compared to 1990. The EU Commission elaborated how these targets can be achieved in its proposals for the EU ETS and for the transport, buildings, waste and agricultural sectors, which are subject to Effort Sharing. However, the calculations made by Oeko-Institut show that the proposed measures are not sufficient: "Our analyses clearly show that the climate package can reduce emissions in the EU by only 36 percent," says Jakob Graichen, climate protection expert at Oeko-Institut.

"We can also already see that a 40% emission reduction by 2030 is not enough," Graichen adds. "In view of the Paris Agreement, in which the signatory states have committed to reducing the increase in global temperature to well below 2°C, the EU would have to set a very ambitious intermediate target so that we can accomplish the rest.”

Loopholes in the EU’s climate package

The team of experts at Oeko-Institut has also closely examined the proposals for the revision of the EU Emissions Trading System and for an Effort Sharing Regulation. They found that there are many loopholes in the climate package, which further weaken the 40 percent target. For example, in the 2008-2012 trading period, more emission allowances were issued in the EU ETS than needed by the market participants overall. These were allowed to be "banked" (carried over) and used in the third trading period (2013 to 2020). As a result, there is a huge surplus of emission allowances, which increases the total amount of greenhouse gas emissions in the EU well beyond 2030. If, for example, the surplus allowances were cancelled, more than 760 megatons of CO2 equivalent (Mt CO2e) could be abated from 2021 to 2030 – which is more than that emitted by all passenger cars in the EU in one year.

The question of what starting point is assumed for emissions in 2021 is decisive in terms of the quantity of emissions saved overall. The Commission's proposal rewards Member States that do not meet their 2020 climate protection target themselves with additional pollution permits by 2030. By contrast, implementing an ambitious emission target for 2021 would reduce emissions by 660 Mt CO2e for the entire period up to 2030.

Data base for WWF’s online calculator

The data base for WWF Germany's "EU 2030 Carbon Calculator" is based on these and other calculations, e.g. those for the integration of the land use sector (LULUCF). On the website www.2030carboncalculator.eu, users can select the various proposals and scenarios for EU climate policy and explore the corresponding results for the greenhouse gas balance.

Moreover, the complex calculation bases are clearly explained and interactive graphics make the impacts of the selected criteria transparent.

Infograph “What amount of greenhouse gas emissions is still allowed?” by Oeko-Institut