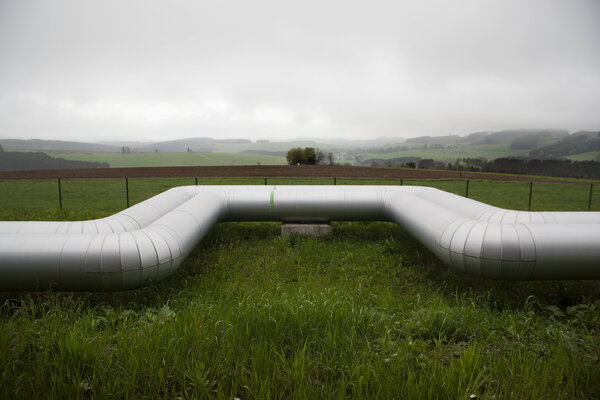 In order to reach climate targets in the building sector, a large-scale expansion of district heating, based on renewable energies, is required. To that end, all the European Union member states should set targets for the expansion of district heating systems, establish minimum requirements for the integration of renewable energies and industrial waste heat, and provide financial support for sustainable solutions. These are the conclusions drawn in a new study by the Oeko-Institut and its project partners on behalf of the European Commission.

The study provides a first comprehensive review of the status quo in district heating and cooling, offers an overview of existing regulatory regimes for district heat supply, and identifies the potential for the use of renewable energy sources in this sector.

The district heating market in Europe

District heating is a system for supplying heat to buildings through a network of heat pipes. Heat is generated in central heat and power plants and is then distributed to the individual buildings via a system of insulated pipes. This type of heat supply varies in its market share across Europe: from less than 1 percent in Belgium, Spain and Ireland to as much as 50 percent in the Scandinavian and Baltic countries. In Germany, district heating accounts for around 9% of the space heating supply.

In 2018, the EU member states generated a total of 445 terawatt-hours (TWh) of district heat; Germany consumed around 105 TWh in 2020. In the EU countries, much of it – 63 percent – is produced in heat and power cogeneration (CHP) plants, and roughly two-thirds comes from the burning of fossil fuels. Natural gas is the most important energy input (30 percent), followed by biomass, biofuels and waste from renewable sources (totalling approx. 27 percent). Trailing slightly behind are coal and peat (just under 27 percent).

Around half the EU countries have specific rules on third party access (TPA). These rules stipulate the conditions under which grid operators are obliged to allow independent heat producers access to their heating networks. Regulated third party access mainly exists in countries with a high proportion of district heating, such as Sweden, the Baltic states and most Eastern European member states. The rules differ, in some cases substantially, in their level of regulatory detail.

Opening the heat networks to third party suppliers would not necessarily lead to more renewable energies or industrial waste heat being fed into the system overall or to prices falling, the authors of the study conclude. “However, if renewables-based heat producers such as high-capacity heat pumps, biomass and geothermal plants, large-scale solar collector arrays and industrial waste heat were to feed into a common district heating network, emissions from our heat supply could be substantially and permanently reduced,” Benjamin Köhler, an energy expert and project manager at the Oeko-Institut, explains. “To that end, market barriers that obstruct the expansion of heat networks would have to be dismantled and market players would need to be given support to develop robust business models based on renewable energies.”

The study was produced in cooperation with Tilia GmbH, Vienna University of Technology (TU Wien), IREES – Institute for Resource Efficiency and Energy Strategies and the Fraunhofer Institute for Systems and Innovation Research (ISI).