How the Building Sector Can Achieve Its Climate Targets After All 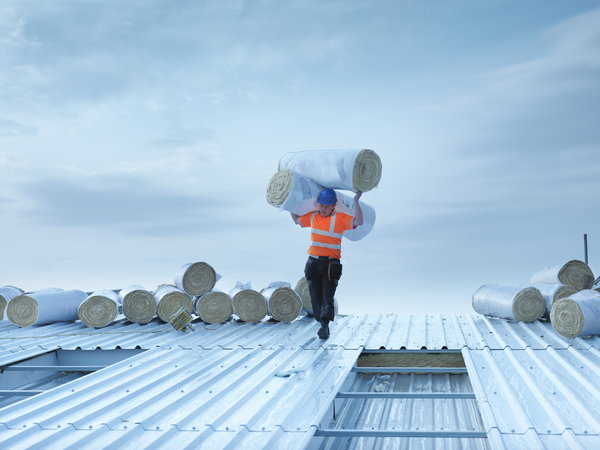 Insulate and use renewable energies

With the currently adopted climate protection measures, Germany will neither achieve its previous, nor the more stringent European, climate protection targets in the building sector by 2050. Two roadmaps from the Fraunhofer Institute for Solar Energy Systems ISE, the Öko-Institute and the Hamburg Institute show how this achievement, however, can be made possible. The research team presents the adequate measures and policy instruments with which decentralized heat generation no longer emits carbon dioxide, final energy consumption can be reduced, and heat grids can be expanded.

The analyses and the roadmaps underline the great urgency with which policymakers must act: Most of the instruments should be introduced and implemented before 2025. The research results, including the detailed analysis and roadmaps, are presented in the study "The Systemic Challenge of the Heat Transition" which was commissioned by the German Federal Environment Agency.

There is great potential for reducing energy-related greenhouse gas emissions in space heating and water heating. These two areas not only account for around 30 percent of final energy consumption, but to date also predominantly use fossil fuels. To investigate the pathways possible in order to achieve the climate policy goals, the project team analyzed twelve scientific studies. They compared possible developments in final energy demand for building heat, in electricity, ambient heat, in biomass as an energy supply, the district heating share, as well as in the renovation rate and resulting greenhouse gas emissions. The roles of the different players in the heating market were analyzed with respect to their influence in investment decisions for renovation projects. The research team looked in detail at the role of heating networks in the heat transition with regard to the initial situation, obstacles, potential and transition paths.

Two key approaches emerged from the scenarios: In one approach, the efficiency measures are maximized in order to reduce the final energy demand as much as possible. However, here the maximum reduction in final energy demand is limited to 60 percent due to building insulation restrictions based on technical reasons or historic preservation, among other things. The remaining energy demand of 40 percent must be provided by renewable sources. The second approach relies less on insulation and more on expanding renewable energy capacity to achieve zero greenhouse gas (GHG) emissions. The second approach requires significantly larger amounts of renewable energy for the heat supply.

It is evident in both approaches that the renewable share in the final energy mix is to increase significantly for the heat supply. Significant contributions come from the use of ambient heat with heat pumps, green district heating, biomass and solar thermal energy.

Five Goals for the Building Sector

"For one, nearly all of the scenarios indicate that the current energy renovation rate of one percent urgently needs to increase," says Dr. Peter Engelmann, group leader of Building Systems Technology at Fraunhofer ISE. In the study, the research team derived four additional goals: 1) The development of the district heating infrastructure must have an impact on the gas infrastructure. 2) The interim climate targets for GHG emission reductions must be met. 3) The decarbonization of the energy sector, especially power generation, must proceed rapidly with an ambitious renewable energy (RE) expansion plan and phase-out of coal-fired generation. 4) An infrastructure must be set up for the import and domestic generation of power-to-gas and power-to-liquid products.

From these five goals, the researchers defined a set of instruments in the form of roadmaps. "An analysis shows that many regulatory and promotional instruments do not yet pay into the goal of a climate-neutral building stock," says Benjamin Köhler of the Öko Institute. "We urgently need a clear picture of the target and a set of regulatory, promotional, strategic planning and communicative instruments that are geared toward this target." Dr. Matthias Sandrock, Managing Director of the Hamburg Institute adds, "To achieve a long-term, climate-neutral building stock, a cost-optimal balance must be found between the building efficiency and the use of renewable energy and waste heat for the building heat supply."

Study "The Systemic Challenge of the Heat Transition" by the Fraunhofer Institute for Solar Energy Systems ISE, the Öko-Institut and the Hamburg Institute (in German)