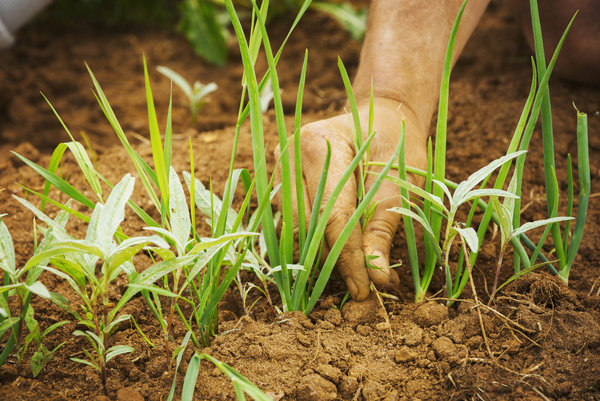 In order to prevent our natural life support system – our landscape and wildlife diversity – from being destroyed by harmful nitrogen surpluses, lawmakers at federal and state level must take action by setting mandatory targets for reducing nitrogen emissions in agriculture, transport and industry. This will require the adoption of a nitrogen law, uniformly applicable nationwide, that sets strict limits on nitrogen inputs into the environment and includes standardised provisions to coordinate implementation of the various regulations currently in place, which at present are strewn across diverse regulatory fields. With a mandatory reduction target, lawmakers would be obliged to implement mitigation measures and review progress towards the goals.

These are key recommendations made in a study conducted by the Oeko-Institut on behalf of the state government of Baden-Württemberg. In collaboration with the Research Institute of Organic Agriculture (FiBL), the Oeko-Institut experts developed statutory instruments and measures that enable nitrogen inputs in sensitive nature conservation areas to be reduced to an ecologically acceptable level.

In the study, the Oeko-Institut recommends reducing fertiliser use in agriculture. Alongside technical measures that can be implemented in the short term, long-term measures have a key role to play here. The technical and management measures to be implemented by farm enterprises include ground-level application of dung and liquid manure.

“We need to reduce the high proportion of animal products in our diet and ask ourselves what is more important to us in the long run – intensive livestock farming or maintaining our vital natural resources,” says Andreas Hermann, project manager and legal expert at the Oeko-Institut. “This is a task for everyone all along the food chain: farms, abattoirs, dairies, food retailers and consumers.”

The study for the Baden-Württemberg government focuses particularly on nitrogen-rich ammonia emissions into the atmosphere. The Oeko-Institut puts a figure on the potential for reducing ammonia emissions, which come from sources such as fertiliser use and livestock farming, and recommends that alongside technical measures, the federal or state government should increase the cost of using mineral fertiliser by introducing a charge for nitrogen surpluses. Compared with a tax on mineral fertilisers, this would give agricultural enterprises more leeway to adapt their farming practices, as the price would apply solely to the nitrogen surplus from farm operations, not to nitrogen use per se.

The nitrogen surplus: cause and effect

For decades, more nitrogen has been released into the environment than ecosystems around the planet can bear. In order to keep within planetary boundaries, action must be taken at the international, national and local level. Global production of mineral fertilisers needs to be reduced from the current figure of around 120 million tonnes to approximately 60 million tonnes annually.

In Germany, two thirds of total nitrogen emissions come from agriculture, mainly from mineral fertilisers and farmyard dung and liquid manure, which are produced in very large quantities in intensive livestock farming. When these latter two products in particular are sprayed on fields, ammonia – a nitrogen compound – is released into the air. No maximum levels currently apply to this particular source of atmospheric pollution.

Germany’s Fertiliser Ordinance addresses the problem of ammonia in its technical provisions on the application of dung and liquid manure and their incorporation into the soil. However, the Ordinance does not go far enough, as its main objective is to protect groundwater. “For nitrogen emissions into the atmosphere, regulation in the Ordinance on Nutrient-Flow Balances is a better option. The method provided for in this latter ordinance is the right one, although the permitted farm limit of 175 kg of nitrogen per hectare per year produces a nitrogen surplus that is far too high,” says senior researcher Kirsten Wiegmann. A review of this upper limit is already provided for in the Ordinance on Nutrient-Flow Balances. “In the long term, a much lower maximum level should be introduced, differentiated according to the type of farm,” she says.

The harmful effects of nitrogen compounds generally only catch our attention when we are confronted with acidification of our groundwater or damage to our health from traffic-related air pollution. But the destruction of habitats which cannot withstand excessive amounts of nitrogen, is a gradual process that tends to go unnoticed. Fertiliser use releases ammonia, a nitrogen compound which disperses in the air and accumulates in the environment over a period of years. This over-fertilisation (eutrophication) damages nitrogen-sensitive areas such as calcareous and nutrient-poor grasslands and juniper heaths, which are a characteristic feature of the landscape throughout Baden-Württemberg. Plants which do not cope well with excessive nitrogen vanish from the landscape, along with the insects that depend on them for survival.