How Germany can become climate-neutral by 2050 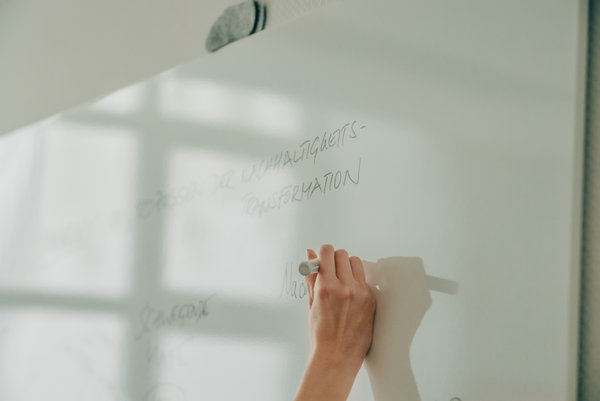 A 65% reduction of greenhouse gas emissions in Germany by 2030 and climate neutrality by 2050 are achievable and technically feasible. This is shown for the first time in a new study, entitled Towards a Climate-Neutral Germany, whose findings were presented today. In the report, Prognos, the Oeko-Institut and the Wuppertal Institute examine various scenarios to identify the concrete steps that Germany will have to take in order to cut its greenhouse gas emissions to zero by 2050.

In November 2019, the German Bundestag approved the Climate Protection Act (Klimaschutzgesetz), which aims to make Germany greenhouse gas-neutral by 2050. The study Towards a Climate-Neutral Germany by Prognos, the Oeko-Institut and the Wuppertal Institute shows, for the first time, how Germany can achieve this goal. “Climate-neutral” means that emissions are completely or almost completely avoided in all sectors. However, in 2050, residual emissions will continue to be produced in some sectors, particularly agriculture, as well as in some industrial processes. These residual emissions will be offset primarily by the capture of CO₂ from the atmosphere and its placing in long-term storage, thus creating “negative emissions”. In sum, Germany will thus become climate-neutral.

The study also shows how, by 2030, Germany can achieve far more ambitious greenhouse gas emissions reductions than previously envisaged, thus meeting the targets currently in discussion at the European level. In the main scenario, Germany achieves a 65% reduction of greenhouse gas emissions by 2030 relative to 1990 levels – 10 percentage points more than specified in Germany’s Climate Protection Act. The additional reductions that this will entail will mainly come from action in the energy sector, specifically the more rapid phasing out of coal and faster expansion of renewable energy generation, but also from accelerated transformation in industry. Additional reductions can also be achieved in the transport system and building sector.

For the report, the three organisations – Prognos, the Oeko-Institut and the Wuppertal Institute – studied and modelled in detail, over the course of a year, the measures to be taken in the energy sector, industry, transport, buildings, agriculture and the waste sector. The often neglected areas of land use, land use change and forestry (LULUCF) and efficient generation and use of bioenergy were also analysed in depth.

The main selection criterion for the measures to reduce emissions was economic efficiency, i.e. cost. The other criterion was technical feasibility, because rapid transformation and market ramp-up are required in many areas. In order to obtain robust scenarios, the study focused on technologies posing the lowest possible technological and economic risks. Accordingly, the use of carbon capture and storage (CCS) was kept to a minimum and alternative technologies were selected by preference wherever possible.

The scenarios explicitly do not rely on reduced consumption as a necessary prerequisite for achieving climate neutrality. For the purpose of the study, it is assumed that the living space per capita continues to rise and that mobility levels stay the same. In the area of nutrition, the parameters were adjusted to reflect current social trends such as the moderate decrease in milk consumption, the shift from eating meat towards eating more poultry and the slight rise in consumption of organic food. In the calculations, it is assumed that Germany maintains its high level of industrial production and that investment takes place within normal modernisation cycles.

The study thus presents a path to climate neutrality in 2050, optimised for cost and feasibility. It was commissioned by Agora Energiewende, Agora Verkehrswende and the Climate Neutrality Foundation.

Background information on the sectors

The energy sector accounted for one-third of total greenhouse gas emissions in 2018. With the accelerated phase-out of coal by 2030, the ambitious expansion of renewable capacity in power generation to roughly 70% of gross electricity consumption, a larger renewables share in heat networks and the start of hydrogen use for fuelling gas-fired power plants, there is potential to cut emissions by around two-thirds by 2030. The energy sector will thus make by far the largest contribution to emissions reductions to 2030.

During the period to 2050, renewable energies will continue to be expanded and electricity generation from fossil gas will be replaced entirely by hydrogen. Through the expansion of storage facilities, increased electricity exchange with other countries and more flexible electricity demand, it will be possible to achieve long-term and efficient alignment of electricity demand and supply, even with a substantial share of wind energy and photovoltaics.

Germany will remain a significant location for the production of basic materials such as steel, precursor chemicals and cement and will manage the transformation of its basic materials industries to climate neutrality successfully. Climate neutrality in industry can be achieved through efficiency measures, a comprehensive switch to renewable energies (electricity, hydrogen, biogenic energy sources), innovative production pathways, such as the production of raw iron in direct reduction systems and chemical recycling, and the use of carbon capture and storage (CCS).

Industry will play an important role in achieving climate neutrality. Through the targeted use of biogenic energy sources in combination with CCS, negative emissions can be achieved here. The high concentrated heat requirements of the steel and chemical industries are particularly well-suited for the large-scale use of biomass and for the capture of the resulting CO₂.

In order to put mobility on the path towards climate neutrality, there needs to be a shift away from private cars to more public transport, walking and cycling. Carpooling strategies are required to improve capacity utilisation of private vehicles, more goods must be transported by rail and the development of emissions-free drive systems must be progressed. Specifically, this means that in 2030, the total electric fleet size will have reached 14 million vehicles, while one-third of road freight kilometres will be covered by electric trucks powered by batteries, overhead lines and fuel cells.

There will be close to 100% electrification of private cars and road freight transport by 2050. With 190 billion tonne-kilometres (tkm) in 2030 and 230 billion tkm in 2050, more and more freight will be transported by rail. Air transport and shipping, which offer very little potential for direct electrification in the foreseeable future, will be powered entirely by electricity-based synthetic fuels. In total, the transport sector will produce just 89 million tonnes CO₂ eq. in 2030 – 74 million less than in 2019. In the scenarios, transport is climate-neutral in 2050.

In the building sector, emissions mainly come from the production of space heat and hot water. In the scenarios modelled, there is a 50% increase in the green retrofit rate per year, compared with today’s rate, to around 1.6%. The quality (retrofit depth) of the building materials used is increased at the same time. In the scenario for 2050, energy consumption for space heating and hot water has been reduced by 36% against the 2018 level. Carbon-neutral production will cover most of the remaining heat requirement. The number of heat pumps will increase from the current figure of around one million to six million by 2030 and 14 million in 2050. Green district heating will gain increasing importance in urban areas, with demand for district heating doubling by 2050 compared with the 2018 level.

In the agricultural sector, 44 million tonnes CO₂ eq. will continue to be produced as residual emissions in 2050, mainly due to animal husbandry. The main mitigation measures in agriculture are: reduction of fertiliser use, reduction of livestock, increased fermentation of farm manure, expansion of organic farming; and a switch to crops with lower nitrogen requirements. The study’s scenarios do not presuppose drastic changes in eating habits by 2050 – only modifications that reflect current trends.

Methane emissions from landfills will continue to decrease to 2030 by expanding landfill ventilation measures. Due to biological processes in landfills and wastewater treatment, low levels of residual emissions cannot be entirely avoided by 2050.

Towards a Climate-Neutral Germany: executive summary by the Oeko-Institut, Prognos and the Wuppertal Institute

Towards a Climate-Neutral Germany: study by the Oeko-Institut, Prognos and the Wuppertal Institute

Responsibilities: In addition to overseeing the building and energy sectors in this study, Prognos was entrusted with overall project management and scenario design. The Oeko-Institut was responsible for transport, agriculture, waste and LULUCF (land use, land use change and forestry), as well as the derivation of emission reduction targets. The Wuppertal Institute was responsible for examining the industrial sector.

Policy measures in the Climate Neutral 2050 scenario: infographic by the Oeko-Institut, Prognos and the Wuppertal Institute

Contacts at the Wuppertal Institute for Climate, Environment, Energy