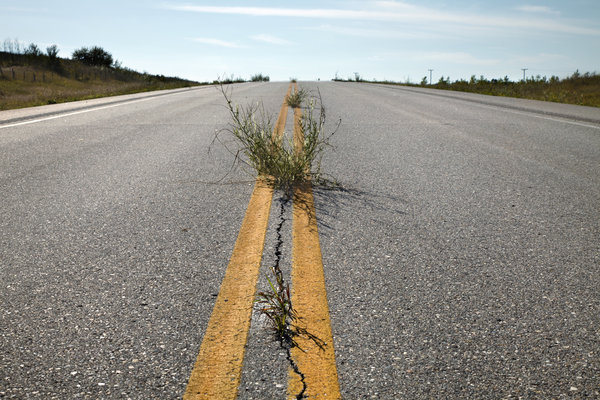 Environmental and climate protection as a benchmark for economic stimulus packages

The German government has announced that it will unveil plans tomorrow for another major package of measures to boost the country’s economic recovery from the coronavirus crisis. Ahead of the announcement, there was debate about the possible direction of the plans; the coalition partners will discuss their proposals in the Coalition Committee today. The Oeko-Institut has developed and evaluated proposals on economic recovery measures as part of a project funded by the Deutsche Bundesstiftung Umwelt (German Federal Environmental Foundation – DBU). The scientists have produced a paper in which they analyse the climate impacts of the proposed measures and their contribution to crisis resilience.

Among other things, the experts are positive in their assessment of an innovation package for urban mobility: in their view, this package has the potential to support municipalities in upgrading local public transport, to promote the rollout of e-buses and green innovations in bus and rail transport, and to provide co-funding for the expansion of the local cycle infrastructure, including bike parking facilities. Several of the proposed measures focus on support for small and medium-sized enterprises (SMEs), which as a group have been severely impacted by the crisis. Reducing the renewables surcharge on electricity by 5 cent/kWh would boost purchasing power by as much as 11.7 billion euros and stimulate renewables expansion at the same time.

Spending future generations’ cash in line with their interests

The key benchmark for all the current proposals that aim to boost the post-lockdown recovery of economy and society is that they must make a positive contribution to climate-smart economic restructuring and prevent any new dependencies on fossil fuels from emerging in future. “If we borrow cash from tomorrow’s taxpayers by taking on debt to get today’s economy back on its feet, it must be spent on supporting an equitable, sustainable and future-proof transformation of our economy and lifestyle,” says the Oeko-Institut’s CEO, Jan Peter Schemmel.

And DBU General Secretary Alexander Bonde adds: “Stimulus measures can boost the economy in a variety of ways and at many levels. However, they should ease the ecological burden, not create new environmental problems. The key criteria still apply: every incentive model should take a product’s entire lifecycle into account, and economic stimulus packages should be eco-friendly and socially equitable.”

Looking ahead: the impact of future economic stimulus measures – some examples

The Oeko-Institut analysed potential economic stimulus measures in six sectors: transport, energy, buildings, agriculture, manufacturing and digitalisation. The researchers found that a sustainable mobility package for local authorities can promote a post-Covid shift to low-carbon modes of transport. This type of support has positive impacts in terms of air quality and noise pollution and helps to reduce greenhouse gas emissions from transport. By contrast, a buyer’s premium scheme for private cars that includes support for vehicles with combustion engines is not a suitable mechanism for stimulating positive economic and environmental impacts, according to the Oeko-Institut.

With regard to SMEs, a “future fit” package would enable these businesses to equip themselves for the necessary transition to sustainability and build their crisis resilience. This means addressing sustainability risks by means of a resilience check while also diversifying supplier and customer structures. The reactivation and expansion of earlier rules for SMEs to allow special write-offs for investment in environmental performance could be a major element of sustainability-oriented liquidity support.

The researchers also looked at the “green impact” of previous economic stimulus packages. They found that pre-existing unsustainable structures were reinforced in the aftermath of the 2008/2009 financial crisis. For example, the scrappage scheme, which provided cash incentives for drivers wishing to switch to more eco-friendly vehicles, drove up demand for a relatively short time but did not boost sales of more efficient vehicles over the long term. In Germany, the total costs of the scheme amounted to five billion euros, making it a very expensive stimulus programme that only benefited a small number of motorists.

The cash injections in other countries, too, were only partially successful in promoting sustainability. For example, the economic stimulus package in South Korea had little or no effect in terms of protecting the climate, even though it was designed as a Green New Deal and included a very large number of environmental measures. The issue here was a lack of policy frameworks needed to put the country on a pathway towards green growth.

As a positive example, the experts identified the package of measures to promote electromobility in the US, which stimulated domestic production of vehicle batteries, expansion of charging infrastructure and vehicle sales. In addition, loans were provided to support the development of advanced propulsion technologies, enabling the construction of the Tesla factory in California, for example.

Overall, however, all the countries missed the opportunity to design stimulus packages that had positive economic, social and environmental outcomes and helped build resilience and crisis-proofing.

The conclusion to be drawn from this is that a successful economic stimulus package must be bold, broad in scope and far-sighted. It should focus on new and flexible value chains and stimulate innovation in green tech, rather than entrenching outmoded structures. It should thus enable countries to catch up on missed development and build their competitiveness in future-focused sectors.

The German government has announced that it will be unveiling its proposals for an economic recovery programme this week. It is reasonable to assume that today’s deliberations in the Coalition Committee will help to firm up proposals on this programme.