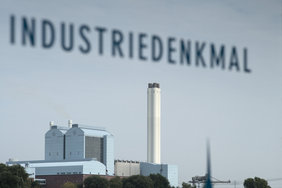 By adopting the Paris Agreement, the international community pledged to limit global warming to well below two degrees Celsius. The Intergovernmental Panel on Climate Change (IPCC) has calculated that global carbon dioxide emissions must be limited to 890 billion tonnes from 2015 onwards if that goal is to be achieved. Now, commissioned by WWF Germany, the Oeko-Institut and Prognos AG have produced the first study quantifying how Germany’s fair share in this global emissions budget can be determined and what this means for the German electricity sector’s emissions reduction strategies.

The study reveals that Germany’s CO2 emissions budget from 2015 onwards is ten billion tonnes at most; the country’s electricity sector would thus be permitted to in total release only about four billion tonnes CO2 to the atmosphere from 2015. The study titled Stromsystem 2035+ (Power System 2035+) shows that an accelerated phase-out of coal-based power generation is pivotal to attaining the goal.

The research team analysed a range of options for phasing out coal-fired power generation and expanding renewable generation. The transformation scenario produced in this way shows how climate policy stipulations can be met while shaping seamless transitions and safeguarding the security of supply. To achieve this, all old coal-fired power plants that have run for more than 30 years must be shut down from 2019. Power generation capacity based on lignite and hard coal needs to be replaced entirely by low-carbon capacity by the year 2035. This can be done by speeding up the expansion of renewable capacity, especially wind and solar, while deploying gas-fired power plants over a transitional period.

“To implement this strategy, it will be essential to combine capacity management with emissions management. That will involve winding coal-fired capacity down while setting a greenhouse gas emissions limit for plants beyond a certain service life,” says Dr. Felix Matthes, Energy & Climate Policy Coordinator and project leader at the Oeko-Institut. “Specifically, this means that coal-fired power plants must not be operated longer than 30 years. It also means that from the 21st year of operation onwards their emissions must not exceed 3.35 tonnes CO2 per megawatt generating capacity. There are various ways to achieve this: enacting statutory stipulations, putting an additional price on CO2 emissions, or concluding contracts with power plant operators.”

The study’s authors further note that renewable capacity will need to be expanded substantially and investment in structural change must be stepped up, especially for the regions in which coal-fired power plants and lignite mining operations are located today. This will be essential in order to ensure that the transition to low-carbon electricity generation is equitable and sustainable.

The experts note that reducing the large export surpluses generated by Germany from its carbon-intensive electricity generation will be pivotal to the coal phase-out. These surpluses rose steeply since the turn of the millennium because the operating and fuel costs of coal-based power generation were very low. In 2015 electricity exports peaked at 52 terawatt-hours (TWh), which corresponds to almost nine percent of Germany’s gross domestic electricity consumption.

The analyses further show that lignite mining can be reduced greatly, as much less of this type of coal will be required in future. Ongoing permitting procedures for the expansion of opencast mining should be put on hold until there is political clarity about the phase-out of coal as energy source. Financial resources for cleaning up and restoring opencast mining sites should be secured by those responsible for the damage to the landscapes – the energy suppliers.

Study: Future power system. Coal phase-out by 2035 – Goals to guide actions by the Oeko-Institut and Prognos