Issue: June 2014, Together for change – The contribution made by transdisciplinary sustainability research 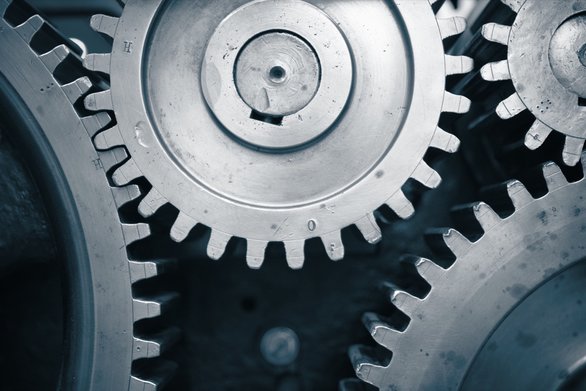 Extreme weather events are increasing. The end of fossil fuels is in sight. Our society is ageing. Climate change, resource shortage and demographic change are challenges of our times. They have something in common, too: they affect us all – the scientific community and policy-makers and industry and civil society. That is why cooperation between different players is indispensable if we are to manage global challenges together: cooperation that is essential for transdisciplinary sustainability research, and that is practised in numerous Oeko-Institut projects.

Where do global problems originate? What are appropriate ways of tackling them? And how can our society make the necessary changes? Transdisciplinary sustainability research seeks answers to such questions. “Science alone can’t answer these questions; new knowledge and the expertise of a range of players in society to generate such knowledge is needed, on account of the complexity of the issues”, explains Dr. Bettina Brohmann, Research Coordinator for Transdisciplinary Studies at the Oeko-Institut. “If we want consumers to buy more sustainable products, for example, we need to ask them first what they expect from an alternative product. At the same time I need to discuss this information with policy-makers and others, so that a suitable support framework can be found.” Within scientific work transdisciplinary sustainability research is not restricted to one or two players, either. “Transdisciplinary is always interdisciplinary as well”, Dr. Brohmann explains. “If I want to look into how we can combat the hunger in the world, I need the expertise of agricultural and social scientists, and political scientists and economists too.” Moreover, in the context of transdisciplinary sustainability research, science is no longer just for producing knowledge. “Research has a new role here in kick-starting and supporting processes of change and in generating knowledge that can be used by different players. When we formulate the research question, we integrate the implementation aspect from the outset”, says Brohmann.

You could say that the Oeko-Institut was born with transdisciplinarity. “We have had a transdisciplinary approach from the outset”, the research coordinator declares. She herself has overseen numerous transdisciplinary research projects, including the millennium project “Sustainable urban areas on inner city redevelopment sites: material flow analysis as evaluation tool”, carried out jointly with two network partners and two from industry. As part of the project promoted by the German Federal Ministry of Education and Research (BMBF), two urban districts due to be developed sustainably were studied: the Vorstadt Nord district of Neuruppin in Brandenburg and the Vauban district of Freiburg in southern Germany. In Neuruppin the plan was to reurbanise and renaturalise an area to create a district where town merges into countryside. In Freiburg the site of a former barracks was to be converted into a model sustainable district. "The aim was to assess the environmental and economic impacts of these projects, to examine the social aspects of sustainability and to study the collaboration between the various players”, explains Bettina Brohmann. “In addition specific recommendations for action for both projects were to be developed from the results.”

First of all there were discussions with residents, planners and investors. In these the aims of the stakeholders – such as optimised resource use and more community involvement – and suitable indicators for the achievement of these aims were to be established. In addition, local environmental, economic and social data was collected and the environmental and socio-economic impacts evaluated with a material flow analysis. “The analysis included not only CO2 emissions, but also impacts on the regional economy and the involvement of (future) residents in the planning and decision processes”, the Oeko-Institut scientist explains. Lastly the results of the analysis were compared with the aims of the local stakeholders, a list of measures for the sustainable development of the areas compiled and the results discussed in the districts. “A crucial finding of our analysis is that urban districts where residents have been involved in the planning and which have been redeveloped according to environmental criteria and using regional resources make a substantial contribution to sustainable development”, says Bettina Brohmann.

Dr. Dierk Bauknecht from the Institute’s Energy & Climate Division reports on another transdisciplinary research project: the Baden-Württemberg Smart Grids Platform. “This project, which finished in 2013, looked at the development of solutions for the integration of electricity generation, storage and consumption using smart grids”, he explains. The renewables-based transformation of the energy system requires more flexibility – smart grids can help with this. Baden-Württemberg will feel the effects of nuclear phase-out more acutely than many other German states and so has set itself the goal of pioneering the development of smart grids. Smart grids can make a significant contribution to the state government’s target of meeting a total of 80 per cent of its energy needs from renewables by 2020.

The project, launched by Baden-Württemberg’s Ministry of the Environment, Climate Protection and the Energy Sector, brought 144 relevant players together. “Public utilities and energy companies were involved, as were network operators and appliance manufacturers”, says Bauknecht. “As well as these, there was participation by experts from construction, information and communication, distribution and commerce, and from science, consultancies, politics and the authorities.” All these stakeholders took part in a series of workshops to develop a roadmap recommending institutional measures as well as specific projects. Unlike a scientific study, the roadmap reflects the various players’ differing interests and perspectives as well as their knowledge. And the outcome is not only the printed roadmap but also the communication process achieved between the participants. “There were four project groups”, explains Bauknecht. “The Oeko-Institut oversaw the themes of regulation and the contribution of smart grids to the transition to renewable energy, while our project partners from Fichtner GmbH in Stuttgart looked after the themes of technology and business models.” One key institutional recommendation from the stakeholders was that smart grids should be integrated as an interdisciplinary theme in research and teaching – existing courses of study could be expanded or research communities formed. With regard to actual implementation, one proposal from the participants was to set up a pilot project in which they could continue to work together to drive forward the development of smart grids. “The roadmap that has been drawn up forms the basis of a long-term process”, the Oeko-Institut scientist declares. Meanwhile, the various stakeholders from the platform have formed a society where they are continuing their work on implementing the recommendations.

Sustainable cities and smart grids – two projects dealing with crucial topics for the future. Both projects demonstrate how it makes sense to integrate the specific expertise of players from different fields. Dr. Bettina Brohmann emphasises the importance of upholding key research standards when doing this. “For example, when involving stakeholders, the mistake is often made of addressing them as guinea pigs and not as active participants in the scientific projects”, she says. “However, it is important to really cooperate with outside players – when designing the research project as well as in the working process and its evaluation.” On top of this there are also numerous standards to observe. “For example, another important issue is the accompanying evaluation and observation of the process”, Brohmann explains. “They form a key element of transdisciplinary sustainability research, but implementing them is no easy task.”

In Brohmann’s view a complete re-think is also needed on the question of how to achieve the transformation to more sustainability – such as in the area of private consumption. “We have spent years working on information tools and labels which are supposed to persuade consumers of the benefits of greater sustainability and to encourage alternative behaviour, but wouldn’t it make far more sense to change the framework conditions as well?” she says. Taking the example of mobility, the research coordinator suggests that if you want to persuade people to get out of their cars and onto their bikes, you have to offer them something in return. “The first thing is to have affordable, functional bikes, then you need safe, readily accessible cycle stands and after that combined tickets for trains and trams which cyclists can easily take their bikes on, and that’s just the start”, she explains. Starting points like these would need to be found in many areas where more sustainability is the main target. “If we want to tackle the major global challenges we must have the confidence to branch out and approach the problem from a different angle”, says Bettina Brohmann. Christiane Weihe

Annual report of the Oeko-Institut 2012: Thinking and researching in networks

Becoming even better – not just in terms of products and services, but overall: for many companies that seems to go without… more

Resource conservation, zero net environmental loading, equity – these are the key objectives of the major changes facing us… more