Editorial by Professor Rainer Griesshammer, Member of the Oeko-Institut’s Executive Board 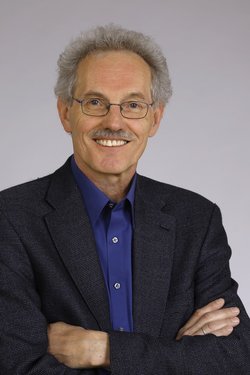 My first TV was a hand-me-down, acquired when I was a student in the 1970s. It was a 25-year-old black and white set and it could only pick up Channel 1 at first. To access the new programmes when ZDF began broadcasting in 1961, you had to buy a UHF converter. In those days, electrical appliances remained in use for a long time, new technologies and functions were slow to come to market, and repair costs were minimal compared to the price of a new product. Today, the average TV is only used for five or six years (first-use duration) before being downgraded: it becomes the household’s third TV or is given away or simply disposed of as e-waste. Any pangs of conscience are assuaged with the thought that it would have stopping working soon anyway. After all, there are plenty of articles telling consumers that “obsolescence” is built in by the manufacturers.

Urban myths – such as planned obsolescence – generally conceal a tiny grain of truth. Once true, perhaps, of certain sectors or eras, they are easy to believe and pass on. That wouldn’t matter – after all, there’s nothing wrong with fairy tales, they’re a good read – if only they didn’t mislead and distract us from the real problem. And the problem is not planned obsolescence but our rampant consumerism. Aggressive advertising, a constant array of new functions, discounts, dodgy contracts and all manner of software tricks … companies stop at nothing to get customers to fall for all kinds of nonsense: oversized, overpowered cars, TVs too big for the living room, new fashions every six months, mobile contracts that offer a new smartphone every year... It seems that consumers have their own built-in switch to turn off their critical faculties if the new product is sufficiently cheap and shiny and the neighbours haven’t bought one yet.

At the Oeko-Institut, we continue to investigate and critique the root causes of environmental problems on an independent basis, exploring appropriate solutions and voicing uncomfortable truths. I hope you find this issue of eco@work interesting and wish you a pleasant and relaxing summer.