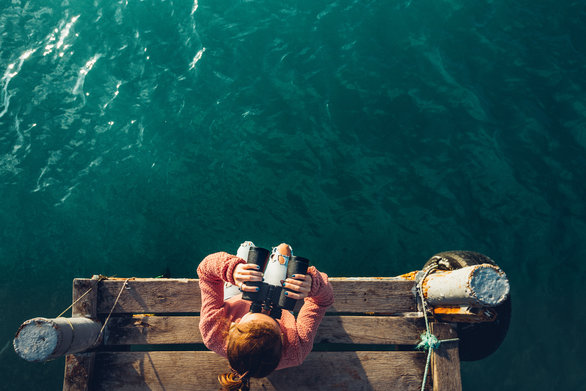 2020 is a milestone year for climate action. By then, significant emissions reductions should have been achieved: Germany’s target, for example, is to cut its greenhouse gas emissions by 40% compared with the 1990 baseline. However, Germany is about to miss its climate goals – not by a narrow margin, but by as much as up to 7%. Even the Climate Action Programme 2020, adopted in 2014, cannot close the emissions gap. But what has caused this gap, and which policy measures are needed to ensure that Germany achieves future targets? The Oeko-Institut is working on various projects to find answers to these questions.

“How wide will the emissions gap actually be? We probably won’t be able to answer that question until spring 2021,” says Dr Ralph O. Harthan, a Senior Researcher in the Oeko-Institut’s Energy and Climate Division. “Various factors could still come into play so that emissions decrease more sharply than expected.” One of these factors is the cost of emitting one tonne of carbon dioxide (CO2) under the EU’s Emissions Trading System (EU ETS).

“The price varies considerably: in mid-July 2018, for example, it was holding steady at around 16 euros, but by July 2019, it had climbed to 29 euros,” he explains. “If carbon prices are high, electricity generation from lignite becomes more expensive. If the price of natural gas falls at the same time, this has an impact on the energy mix and therefore on greenhouse gas emissions as well.” But the emissions gap is also weather-dependent. “If we have a warm winter, we move a little closer to our climate targets. However, in my view, the difference is unlikely to amount to more than 1-2%. A particularly cold winter could have the opposite effect. And then there’s the development of the economy – that has an impact on emissions as well.”

For more than 20 years, the Oeko-Institut has regularly produced projection reports for the German Environment Agency (UBA) which assess the impacts of climate measures to 2020 and beyond, including whether they will be enough to achieve the target Germany has set itself, namely to cut emissions by 40% compared with 1990 levels. For the 2019 projection report, the researchers working on the “Policy Scenarios IX” project compiled the figures in collaboration with the Fraunhofer Institute for Systems and Innovation Research (ISI), the Institute for Resource Efficiency and Energy Strategies (IREES) and the Thünen Institute. “The With Measures Scenario (WM), which projects the impact of all the existing and adopted policies and measures, shows a 33.2% reduction by 2020 compared with 1990 levels, with GHG reductions of 41.7% and 44.3% predicted for 2030 and 2035, respectively,” says Dr Harthan. However, this does not take into account land use, land-use change and forestry (LULUCF) or international air transport and shipping. Currently, at the end of 2019, the 40% target seems to be more achievable again. This is due to recent developments such as the drop in power sector emissions as a consequence of very low gas prices; the high price of carbon allowances; and good wind conditions. However, the situation could change very quickly: less wind and a cold winter could send emissions soaring again.

There are many reasons why Germany is likely to miss its climate targets, according to the Oeko-Institut’s expert, and they cut across all sectors. “Take transport: emissions from this sector are actually expected to rise by 2020 compared with the 1990 baseline,” he says. “The building sector is another area of concern: not enough action has been taken here for years.” (For detailed insights into the factors behind the lack of climate action in various sectors, see “Climate targets for 2030 – on the right track?” on p. 6.)
It was clear some years ago that with its existing package of measures, Germany would miss its climate targets. This prompted the German Government, in December 2014, to adopt the Climate Action Programme 2020, which lists some 110 policy measures across all sectors and areas for action: from the power sector to industry and private households, transport and agriculture. These measures are intended to produce further emissions reductions of 62-78 million tonnes of CO2 equivalent (CO2e) compared with the 1990 baseline.

Since 2016, the Oeko-Institut has regularly reviewed the effectiveness of the Climate Action Programme, most recently in the 2018 stocktaking report (Quantifizierungsbericht) produced in collaboration with the Fraunhofer ISI on behalf of the German Environment Ministry. “Each policy measure is briefly described and assessed in the report, along with an update on progress,” Dr Harthan explains. The policy measures reviewed include the introduction of competitive tendering for energy efficiency, an incentive scheme for the purchase of electric vehicles, a heating optimisation programme, development of combined heat and power generation, further roll-out of LEDs, development of the HGV toll, and use of waste heat in industry. “The contributions that the various policy measures can make to the climate targets differ considerably, of course. For example, the mitigation potential of a programme to improve the efficiency of heating systems amounts to 0.12-0.22 million tonnes of CO2e. Developing combined heat and power generation can save 3-4 million tonnes of CO2e, while efficiency networks for companies, with clear targets, can achieve reductions of 2.73-3.89 million tonnes of CO2e.”

Even so, the Action Programme will fail in its bid to close the emissions gap. At best, the Oeko-Institut’s expert predicts a reduction between 41.6 and 53.6 million tonnes of CO2e. To ensure that policy measures have a greater impact in future, it would be sensible, in his view, not only to subject them to continuous review but to tighten them up if they fail to achieve the desired emissions reductions. “And of course, it is important not only to look at the measures themselves but also to consider ambient conditions, such as the economic trajectory, any rise in transport demand, and fuel price levels,” says Dr Harthan. “By taking into account these general conditions, along with successes and failures to date, lessons can and should be learned for future climate policy measures, either in individual sectors or across industries, and this should happen on an ongoing basis.” In his view, this would be a significant step towards effective climate change mitigation – along with bold and urgent action. “We need to recognise that the time for watching and waiting is past.” After all, the next milestone year – 2030 – is fast approaching.