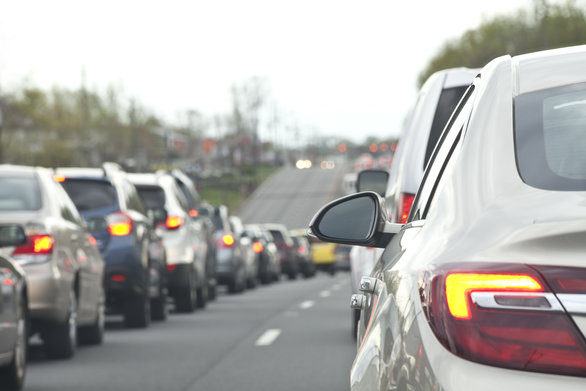 According to the German Government’s Climate Action Plan 2050, alternative propulsion systems – primarily electromobility – and public transport have a key role to play, along with cycling, walking and rail.

How is the transport sector performing at present?

Thus far, transport has made a zero contribution to climate change mitigation: its 2018 emissions were equivalent to the 1990 level. In both years, the transport sector produced 163 million tonnes of CO2e. It is also responsible for noise and air pollution, as well as large numbers of road accidents and fatalities. Its continually high emission levels have multiple causes, including the ever-increasing number of vehicles and a rise in the volume of road freight, along with a heavy reliance on fossil fuels.

What action is needed now?

According to the study Climate change mitigation in transport – action to achieve the sector’s target, produced by the Oeko-Institut and the International Council on Clean Transportation (ICCT) for Agora Verkehrswende, the 2030 climate targets for the transport sector are achievable. However, this will require numerous and, in some cases, radical measures. The European emission performance standards for new passenger cars, light commercial vehicles and HGVs have a crucial role to play. Also important, according to the study, are measures that support modal shifts, such as development of public transport and rail freight infrastructures, along with efforts to improve quality of life in urban areas. Simply promoting green alternatives – the strategic pillar of most current transport policies – is not enough to reach the targets. Significant modal shifts can only be achieved through a mix of support and regulation, so additional national measures for the internalisation of external costs are also important. That means carbon pricing of fuels, vehicles and their usage. This would create leverage for targeted promotion of low-carbon modes of transport, such as e-mobility.

For a genuine transition to sustainable transport, an adequate supply of renewables-generated electricity must be available to power the expansion of e-mobility. The study also underlines the importance of prompt planning and implementation of policy measures for more climate change mitigation in the transport sector, as infrastructural expansion, modernisation of vehicle fleets and changes to the law have relatively long lead-in times.

Dr Wiebke Zimmer is the Deputy Head of the Oeko-Institut’s Resources and Transport Division, specialising in a wide range of sustainable mobility issues. She has a degree in chemical engineering and a PhD in physics. Her areas of expertise include developing strategies on CO2 emissions reductions in the transport sector and providing consultancy services to policy-makers and businesses. She is also involved as an independent expert in Working Group 1 of the National Platform Future of Mobility (NPM).