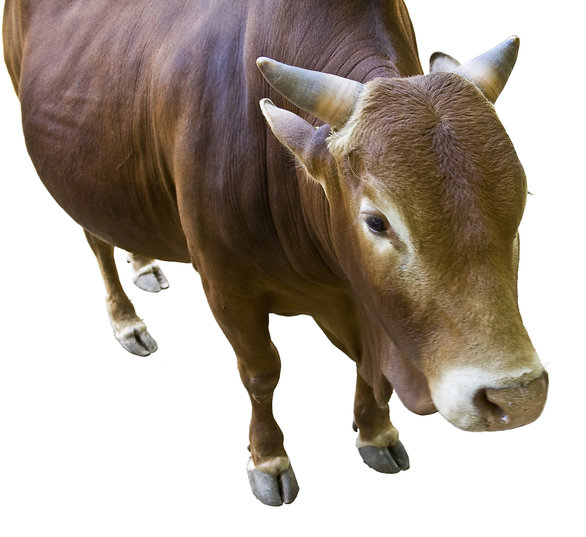 A key focus of efforts to boost climate action in agriculture is to reduce methane and nitrous oxide emissions. Carbon dioxide, by contrast, accounts for only a small percentage of emissions from agriculture. Emissions reductions can be achieved by improving the use of fertilisers, so that less excess nitrogen is released to the environment. This means reducing mineral (nitrogen) fertiliser inputs and using natural fertilisers instead, such as slurry and manure, both of which are agricultural by-products. The use of slurry as an energy feedstock and more organic farming also have an important role to play. A problematic issue, however, is reducing digestive emissions from livestock, mainly cattle; although this is the subject of research, a technical solution is not yet within reach.

How is agriculture performing at present?

Climate change mitigation in agriculture works differently than in other sectors as achieving zero emissions is impossible here. The mitigation target is therefore less ambitious. In 2017, emissions from agriculture, including energy-related emissions, stood at 73.1 million tonnes of CO2e – down from 89.8 million tonnes in 1990. The significant reductions in GHG emissions since 1990 can be attributed mainly to the shrinkage of livestock herds after German reunification. Fermentation of liquid manure has resulted in further reductions. However, little progress has been made on reducing the release of excess nitrogen, which poses a problem not only for the climate but also for water, air and biodiversity.

What action is needed now?

Reducing nitrogen emissions is a key step towards more effective climate change mitigation. From the Oeko-Institut’s perspective, however, this requires stringent monitoring of, and mandatory evidence-based reporting by, agricultural enterprises. In order to cut emissions from livestock, everyone should make a contribution by eating less meat and dairy products, leading to a reduction in herd sizes. Information and pricing are key policy instruments here. In addition, policy-makers must ensure that herd sizes are properly regulated; otherwise, meat and dairy surpluses will simply be exported.

In the study Quantifying measures proposed by German civil society on the potential for GHG reductions in agriculture to 2030 on behalf of Climate Alliance Germany, the Oeko-Institut calculates the potential contributions that the various measures can make to climate change mitigation. For example, cutting meat consumption by 48% would yield a total saving of 7.3 million tonnes of CO2e, provided that herd sizes are reduced accordingly. Cutting excess nitrogen to 50 kg per hectare through the use of farm slurry in place of mineral fertilisers and developing organic agriculture would save 5.4 million tonnes of CO2e. Increasing the fermentation of liquid manure in existing biogas plants would cut emissions by 0.9 million tonnes of CO2e.

Kirsten Wiegmann works on climate change mitigation in agriculture and land use. A geoecologist and energy management specialist in the Oeko-Institut’s Energy and Climate Division, she develops strategies to support the transition to sustainability. As a Senior Researcher, she was involved in producing the Integrated Climate Protection Plan Hesse 2025 and in updating the State of Baden-Württemberg’s Integrated Concept for Energy and Climate Protection.