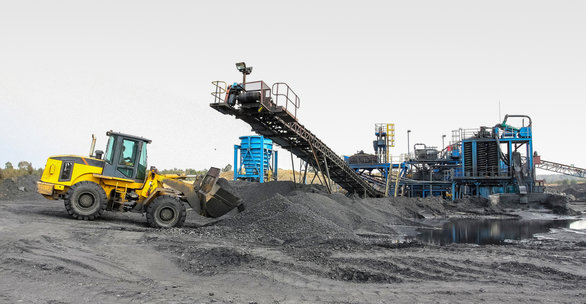 Germany has set itself clear targets for progressing towards climate neutrality. However, since it is likely to miss its milestone goal for 2020, the focus has now shifted to 2030. This is clear from the Climate Protection Act, adopted in October 2019, and the Climate Action Programme 2030. Germany’s goal for 2030 is to cut greenhouse gas emissions by at least 55 per cent of the 1990 level. This means that emissions have to fall to 562 million tonnes of CO2 equivalent – the maximum permissible level – compared with 1,248 million tonnes CO2e in 1990.

In order to reach this target, major contributions will be required from the energy sector, industry, transport, the building sector and agriculture. But when it comes to climate action, how well are they performing at present, and what action is needed so that they achieve their 2030 sector targets? The Oeko-Institut is working on a range of projects that aim to answer these questions.

Coal and renewable energies are the two main starting points. For example, Germany’s Coal Commission recommends reducing coal-fired power generation capacity to a maximum of 9 gigawatts (GW) from lignite and 8 GW from hard coal by 2030. Renewable energies are to meet 65% of Germany’s electricity demand by 2030. The carbon price under the European Union’s Emissions Trading System also affects electricity production by pushing up costs for high-emission – particularly coal-fired – power plants.

How is the power sector performing at present?

Power plants produce the highest percentage of Germany’s greenhouse gas emissions, with a total of 36% of emissions coming from this source. Coal-fired power plants (lignite and hard coal) are responsible for the major share – 70% – of these energy sector emissions. Renewable energies covered 38% of electricity consumption in 2018. However, the renewables expansion has stalled, largely due to a lack of acceptance among some population groups, inadequate provision of land for wind energy generation, and bureaucratic obstacles. A distance rule requiring turbines to be sited at least 1,000 metres away from residential areas, as proposed by the Federal Ministry for Economic Affairs and Energy, would make matters worse.

Which practical measures are needed now?

A study entitled Assessment of the environmental, social and economic impacts of the sector targets for 2030 of the Federal Government's Climate Action Plan 2050 shows how the power sector can reach its 2030 climate targets. The study, conducted by the Oeko-Institut and five project partners on behalf of the German Environment Ministry, maps out pathways for achieving the targets in relevant fields of action.

For the power sector, the study emphasises the need for a substantial reduction in electricity generation from coal and for faster expansion of renewables, mainly wind and solar. Development of infrastructure, such as electricity grids and storage capacities, is also important, as is more flexible operation of combined heat and power (CHP) systems.

In a study for Agora Energiewende, entitled Introducing emissions trading systems for non-ETS sectors, the Oeko-Institut points out with regard to carbon pricing that integrating further sectors such as transport or buildings into emissions trading would be a lengthy and complex process. The project team therefore advocates adding a carbon levy to the energy tax: this is a quicker and easier option, so the climate benefits will start sooner.

Dr Ralph O. Harthan graduated in energy and process engineering and in industrial pollution control. He obtained his doctorate at the University of Leipzig (Faculty of Economics and Management Science) in 2015. His areas of work at the Oeko-Institut include national and international climate policy and greenhouse gas projections and inventories.