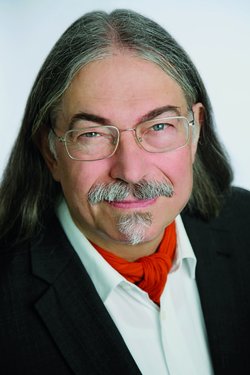 The first time I took part in a panel discussion – in Worms back in 1975 – it dealt with a nuclear power plant. We talked about the Biblis plant. And when the issue of nuclear waste was raised, the operator said: “We’ll deal with it.” And I answered: “It’s not that simple. I’m worried that we will need a clean-up operation in future.”

The future means today. Germany is now searching for a site that can accommodate 28,100 cubic metres of high-level radioactive waste – a site that offers the best possible safety and security for a period of one million years, in accordance with the law. No building, facility or technology created by human hand can possibly offer safe storage over such long time spans: the forces of nature are simply too strong. Only geological formations are stable enough to store the legacy of half a century of the nuclear industry. Using modern geoscientific techniques, it is possible to predict a safe storage period of around one million years with a very high degree of probability.

The Earth is, after all, more than four billion years old, so on that scale one million years is a manageable timeframe. Let’s look back to one million years ago. Broadly speaking, the Earth’s continents had already assumed their current form, the Alps and the North Sea looked very much as they do today, and our ancestors were already using tools. Large-scale and recurrent Ice Ages were carving out the landscape. Glaciers – sometimes 3,000 metres thick – towered over Scandinavia and created the plains of Northern Germany. The Baltic Sea came into being after the last glacial period.

But the search for a final storage site is not only about identifying a suitable geological formation which will be secure enough to withstand anything – even another Ice Age. It is also about public acceptance. And in my view, that is the real challenge. Who would rest easy, knowing that radioactive waste is buried nearby?

In this issue of eco@work, we look at this urgent and complex scientific, social and environmental issue. Among other things, we focus on the Oeko-Institut’s work on acceptance issues. A site may be entirely suitable from a geological perspective, but it is essential to prepare and involve citizens from an early stage in the site selection process. We also explore the issues surrounding power plant decommissioning in the following pages.

As always, I hope you enjoy this issue of eco@work!