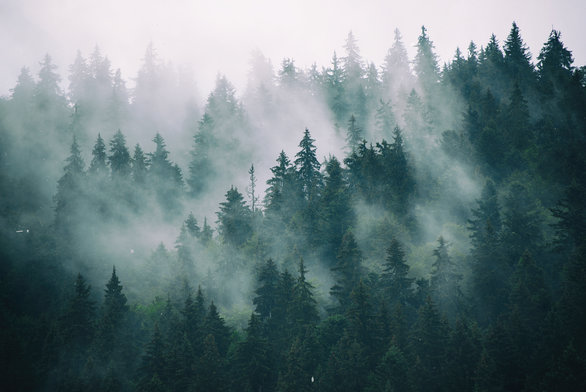 The forest is a magical place. It is home to trees that are many centuries old, as well as to countless species of fauna: beetles and salamanders, toads and nightingales, foxes, deer and wild boar. Its air is filled with the scent of resin, wild herbs and fungi. It is a place where we can relax and unwind. For these reasons alone, forests should be valued and protected – but they perform many other functions as well. They play a vital role in protecting the climate by converting CO2 into oxygen and acting as carbon sinks. They also produce wood, a major renewable resource. However, conflicts often arise between the management of the forests, on the one hand, and ambitious nature conservation and climate action, on the other. Researchers at the Oeko-Institut are addressing these issues.

Germany has a total of 11.4 million hectares of forest, covering one third of its national territory. Roughly half is in private hands; the rest is publicly owned. “The state of our native forests has improved slightly, from an ecological perspective, over the last 20 years,” says Dr Hannes Böttcher, a Senior Researcher in the Oeko-Institut’s Energy and Climate Division. “However, there are still some obvious shortcomings in terms of their naturalness and conservation of biodiversity.” The coniferous monocultures which have developed in many regions as a result of intensive management are particularly problematical, he says: “They cannot really be classed as natural forests, and they were severely impacted by the drought in summer 2018.”

Around 60% of German forests consist of conifers, mainly spruce and pine, with broadleaf trees, predominantly beech and oak, accounting for the remaining 40%. While they are growing, trees absorb carbon dioxide (CO2) from the atmosphere and store it in the form of carbon in the wood. They thus perform an important function in climate regulation. For example, a 35-metre beech with a 50 cm diameter stores a total of 3.5 tonnes of CO2 over 120 years, while the equivalent figure for a 100-year-old spruce with similar dimensions is 2.6 tonnes.

When trees are harvested, the carbon stored in the wood is removed from the forest. For a time, it remains captured in the downstream timber products, but is released if the wood is burned. A forest’s carbon footprint depends on whether harvesting or growth predominates. Germany’s forests currently act as carbon sinks, which means that they absorb more carbon than is removed through harvesting. According to Germany’s National Forest Inventory, which – under the Federal Forest Act – must be produced every 10 years and was last compiled in 2012, at least one billion tonnes of carbon are currently stored in Germany’s trees and deadwood. “An important question for scientists is how much CO2 our forests will be able to store in future, how much timber we will be able to harvest with that in mind, and how this will impact on key forest functions,” says Dr Böttcher.

This significant issue has been addressed in an Oeko-Institut study: researchers working on the Forest Vision Germany project, commissioned by Greenpeace, looked at how various forest management scenarios impact on the carbon stock in forests and thus influence their contribution to climate change mitigation. “If forest management continues along its current trajectory, our calculations show that it will absorb an average of 17.2 million tonnes of carbon dioxide annually for the next 90 years,” says Dr Klaus Hennenberg, a Senior Researcher at the Oeko-Institut. “With intensive forest management, which is what the timber industry wants, this falls to 1.4 million tonnes of CO2 annually.” With ecological forestry, however, the forests’ contribution to climate change mitigation can be substantially increased: the Forest Vision scenario results in the formation of an average carbon sink of living forest biomass of 48 million tonnes of CO2 per year, equivalent to roughly half the annual CO2 emissions from passenger cars in Germany.

“Ecological forestry means support for broadleaf trees, less frequent harvesting and increased target diameters, as well as additional protection of areas of relevance to nature conservation, such as old deciduous woodland,” says Dr Hennenberg. At present, only around 4% of Germany’s forests have been taken out of use and of these, just half are legally protected. However, ecological forest management does not primarily aim to support climate change mitigation: under the ambitious Forest Vision scenario, industrial forests can be restored to near-natural mixed forests, which are generally more resilient, e.g. to storms, provide more diverse habitat structures for rare and endangered species and perform a recreational function for human communities. “In this way, the Forest Vision maps a pathway towards fulfilment of the National Strategy on Biological Diversity, which states that by 2020, forests with natural forest development will account for 5% of Germany’s total wooded area.” Based on National Forest Inventory data, the development of forests was modelled using the Forestry and Agriculture Biomass Model (FABio) pioneered at the Oeko-Institut since 2015.

“The study is intended to serve as a basis for a debate on the development of future-proof, sustainable and ecological forestry in Germany,” Hannes Böttcher explains. “However, our analysis has come in for some sharp criticism.” For example, the Scientific Advisory Board on Forest Policy at the Federal Ministry of Food and Agriculture (BMEL) issued a comprehensive statement in response to the publication of the Forest Vision. “Its main point of criticism was our methodology,” says Dr Böttcher. “The criticism focused on the fact that the model did not define a sufficiently clear limit for the potential density of the forests. However, there is very little monitoring data available for comparison that would allow a clearly defined upper limit to be set.” The study’s extended time period – 90 years – was also criticised. “Due to the long production periods in forestry – several decades – the effects of changes in forest management become visible much later and have to be shown as well. It is clear that all the statements made about the future are beset with uncertainties. That’s why the Forest Vision is not intended to be an accurate forecast of forest development but a possible projection based on specific assumptions. It would be interesting to see what kind of results would be generated by other models that rely on similar assumptions.”

When assessing the environmental and climate implications of forest management, it is essential to consider the use of wood as a raw material. “Germany burns a vast amount of wood,” says Dr Klaus Hennenberg. “In fact, almost 30 percent of the wood harvested in Germany is used as energy. All too often, it is broadleaf timber that ends up in the wood burner. A better option for the climate is to turn the wood into insulating material to reduce the consumption of heat energy.” The optimal solution for the climate is to lock timber into permanent structures. “Timber is an excellent raw material and is suitable for many types of use in the construction sector,” he says. It can also replace other materials with more emissions-intensive manufacturing processes, such as aluminium or plastic. These substitution effects can help to cut emissions in other sectors. “In essence, though, the primary aim should be to reduce resource consumption overall, including the use of timber,” says Dr Hennenberg.

The Forest Vision scenario describes an average reduction of approximately 25% in harvested wood compared to the Base Scenario, which represents the continuation of the present forest management regime. So will wood have to be imported to meet demand? “That is a risk if we continue to be so wasteful. We need to think about how we can reduce wood consumption overall,” says Dr Böttcher. According to the Oeko-Institut expert, this means keeping timber products in use and recycling them as much as possible. “Wood is suited to cascade use,” he says. So it is important to design wood products that are easy to dismantle, collect and process, thus increasing their recyclability. “Every year, six million tonnes of waste wood are produced in Germany alone, and only around a third of it is recycled through conversion into chipboard, for example,” says Dr Böttcher. “Two thirds of it cannot be reused: instead, it has to be burned as it is contaminated with paint or glue that contains toxic substances.”

Forests supply us with this and other precious resources, make vital contributions to biodiversity and climate regulation and offer us a tranquil space where we can relax and unwind. Our task is to find ways of managing our use of the forests to ensure that they can continue to perform these crucial functions in future.

As a Senior Researcher in the Energy and Climate Division, Dr Hannes Böttcher looks at various aspects of forests and their management: his areas of expertise include GHG balances of forest ecosystems and the forest sector, emissions from land use, land use change and forestry (LULUCF) and the biomass potential from agriculture and forestry.

The survival of the world’s forests is at risk. In Brazil, 7,900 square kilometres of rainforest were cleared over the past… more

When Hermann Graf von Hatzfeldt took over the Hatzfeldt-Wildenburg family forests in 1969, a clear-cutting system was in… more