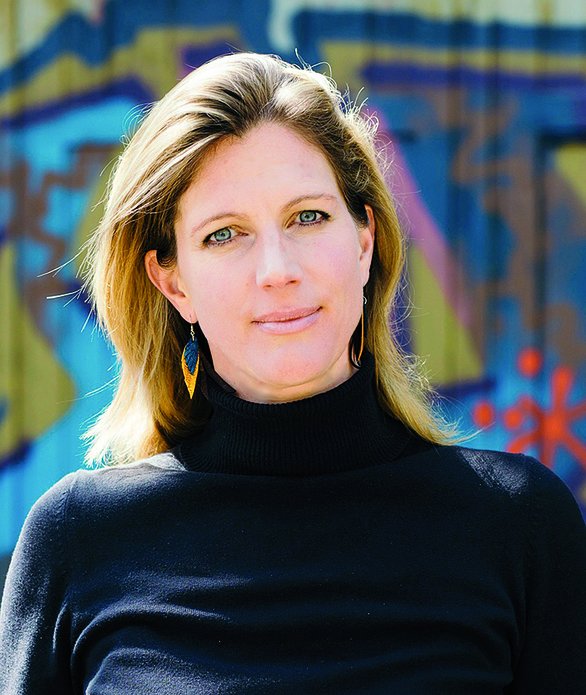 The German Advisory Council on Global Change (WBGU) was set up in 1992 as an independent scientific advisory body on global environmental and development issues. WBGU’s remit is to make recommendations for action and research and to draw attention to new problem areas. One of the issues that it has addressed is digitalisation, where it has developed the concept of a digitalised sustainability society. We talked to Professor Maja Göpel, a political economist and WBGU’s Secretary-General, about the tensions between digitalisation and sustainability and, more generally, about the WBGU concept itself.

Professor Göpel, is digitalisation a fire-starter for environmental destruction and climate change or is it a driver of sustainability?

At the moment, it is mostly a fire-starter. Energy consumption is soaring, along with demand for server infrastructure and mobile devices. What’s more, digital devices often have a shorter lifespan than other consumer goods. Then there are the downstream effects, such as round-the-clock shopping with free returns, which mean that the last barriers to buying are falling. On the other hand, a renewable energy supply is impossible without digital planning, control systems and monitoring.

Can digitalisation be meaningfully combined with sustainability goals?

Not by itself. Our economy is geared towards growth: more consumption, more profits and more productivity and the vast majority of digital solutions are developed and marketed with that in mind. So until development, investment and innovation targets are focused on sustainability, we cannot expect digitalisation to be the antidote to the deep-rooted drivers of unsustainable development.

What are the hallmarks of a digitalised sustainability society, in your view?

The goal of a digitalised sustainability society is to utilise the new technologies’ potential for systemic innovation. Which of the ideas, processes and parameters of our current development model are no longer fit for purpose in our radically changing 21st-century world? And which future-oriented solutions can we initiate with the aid of our new knowledge, new networking options, automation and virtual realities? It is about restructuring our core economic, political and social processes around the principle of sustainability.

What kind of conditions need to be in place for this to happen?

First, we must adapt our education systems and educational content to 21st-century challenges as a matter of urgency: it is essential to build people’s capacities to make proactive and constructive contributions. And we need clear rules – also as a matter of urgency – so that digitalisation is not controlled by a handful of corporations or a surveillance state. The EU is taking the initiative here with the GDPR and the discussion about a digital tax, for example, but we now need a courageous and comprehensive digitalisation strategy as soon as possible. The United Nations is another key institution as it has global reach. What is important here is to cluster the programmes and actions being initiated by the various institutions and member states.

Through the Scientists for Future initiative, you are supporting the Fridays for Future movement. How did this come about?

We set up the coalition because it was becoming apparent, within the national conversation, that young people’s credibility was being called into question – and so was the legitimacy of their demands, which are quite extreme, of course, compared to what we normally hear in our wishy-wishy political discourse. In fact, the young people themselves refer to our studies. Granted, scientists have not yet been able to generate the same kind of public pressure, but they found it intolerable that the demands being voiced by people who take these studies seriously were being called into question.

What are the Scientists for Future doing now?

At the moment, we are mainly attempting to deal with the many enquiries reaching us for services such as project assessments and talks. We hope that we will soon secure some funding so that we can publish all the various studies on our website, along with proposed actions; at present, everything is scattered across various institutional and university servers.

Professor Maja Göpel was appointed to her present post as Secretary-General of the German Advisory Council on Global Change (WBGU) in September 2017. WBGU is an independent scientific advisory body whose remit includes publishing reports on global environmental and development problems, identifying research gaps and appraising sustainability policy. In its publication Towards Our Common Digital Future, WBGU has also developed the concept of a digitalised sustainability society.

Before joining WBGU, Maja Göpel – who has a PhD in political economy and a diploma in media/communication – headed the Berlin Office of the Wuppertal Institut and spent six years working for the World Future Council in Hamburg and Brussels as Director of the Future Justice programme. Among other things, she is a Professor in the Faculty of Sustainability at Leuphana University of Lüneberg, a member of the Club of Rome and a member of the Advisory Board of the Development and Peace Foundation.

Together with other scientists working on climate, sustainability, biodiversity and transformation research, Professor Göpel established the Scientists for Future initiative, which actively supports the Fridays for Future protests for more climate action. The initiative underlines the well-founded nature of the demonstrators’ concerns. A petition calling for support for the protesters was signed by more than 700 scientists.

Some say it’s the new oil; for others, it’s the new water. Others describe it as quite simply the most important resource for… more

Energy and resource demand for digitalisation

It could be the saviour of sustainability – a great opportunity to conserve energy and resources: in the power sector,… more