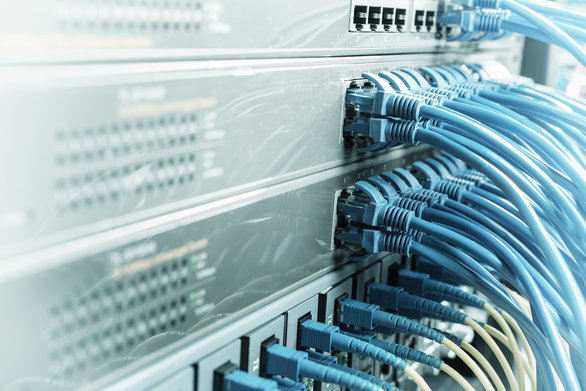 Some say it’s the new oil; for others, it’s the new water. Others describe it as quite simply the most important resource for the 21st century. In our digitalised society, data has immense value. The European Commission estimated the value of the data economy for the EU alone at €272 billion in 2015. But to a very large extent, data also means power – so the question of how data may be lawfully collected and utilised is of crucial importance. Data governance is advancing – the EU’s General Data Protection Regulation (GDPR), in force since 2018, is evidence of that. But in the wide-ranging discussion about the appropriate regulation of data use, one topic – environmental protection – has been largely overlooked. It is a gap that the Oeko-Institut is keen to fill – for the question of how data should be regulated and who should have access to it can have a significant impact on the environment and policies to protect it.

Initial case studies show that the seemingly identical use of data by different institutions can positively or negatively affect sustainability. Take the example of a parking app from Munich: “A great many organisations are interested in parking space data here; they would like to use it for commercial purposes,” says Dr Peter Gailhofer, a researcher in the Oeko-Institut’s Environmental Law and Governance Division. “So the city decided to launch a municipal parking app.” The scheme offers environmental benefits: as well as providing customers with a digital application that helps them find a parking space, the city aims to enhance the appeal of local transport and thus ease congestion in the centre. “A lot of the big companies, especially in the car industry, are not at all pleased,” says Dr Gailhofer. “They want access to this data to launch a similar app of their own. But their aim is to make driving in the city as convenient as possible.” A commercial parking app could also be used to sell other products and services unrelated to transport. Instead of encouraging people to switch to green mobility, this type of app – if it were combined with personalised offers – would actually increase consumption. Of course, genuinely sustainable use of data would look very different. What’s more, in many fields of application, it is possible that only one supplier will ultimately be left in the running, as has already happened with search engines and social networks – and the question of which provider stays the course has major environmental implications.

The question of who uses data and how it is used has major implications for sustainability, not only in this specific case from Munich. In instances such as this, then, who should have data access? Who should make that decision, and on which basis? Clearly, some rules are needed here. “At present, an exclusive right to data does not exist in law. Nevertheless, data use is restricted to some extent through legislation on data privacy and the protection of commercial confidentiality,” Dr Gailhofer explains. Some initial regulatory concepts and initiatives have already been mooted; at EU level, for example, the possibility of regulating public authorities’ access to company records is already being considered. “However, the question of what comprehensive regulation of the data economy might look like has yet to be answered.”

Data regulation is a highly complex issue, not least due to the numerous and highly diverse objectives that it must fulfil. “It is about promoting economic growth, innovative products, equitable distribution and the protection of privacy, but it is also about preventing market concentrations that restrict freedoms, and it is about giving citizens more and better opportunities to have a say,” Peter Gailhofer explains. When looking at the regulation of data use, it is essential, in his view, to consider environmental goals as well. “Thus far, no one has thought about how the various options for regulating data use and data processing will impact on the environment.” However, he has already taken the first step: in an Oeko-Institut Working Paper entitled Regulation of the Data Economy – Towards an Eco-Friendly Position, he and his colleague Cara-Sophie Scherf, a researcher in the Environmental Law and Governance Division, examined three options for improving the regulatory situation and assessed their legal and environmental policy merits.

The first option that they analysed is establishing a right to data ownership: here, anyone who generates data, whether individual or corporate, retains the right to this data. “In this variant, everyone would be able to decide whether to share their data or not, and with whom,” Dr Gailhofer explains. “The main aim is to ensure equitable distribution of the economic benefits associated with data.” From the Oeko-Institut’s perspective, however, this is not a suitable approach to avoid market concentration; nor does it support green innovation. “After all, green innovation relies on access to data,” says Dr Gailhofer. “And it is also safe to assume that most people will transfer their data to wherever they are likely to get the most value. So this variant is not expected to lead to eco-efficient and innovative data use.”

A further regulatory option that the researchers considered is based on competition law. This variant would provide as much free data access as possible to all potential users. “It would mean that data-gathering giants like Google and Amazon would be obliged to share some of their data,” Dr Gailhofer explains. “It would avoid further market concentration and make data more widely available, which in turn would promote innovation.” Broadly speaking, this type of approach could well be suitable for ensuring better data flows, boosting competition and facilitating innovation. However, from an environmental perspective, it is not a good idea to rely solely on competition and free markets: “For example, ‘data access for all’ would not prevent the development of new applications promoting consumer behaviour that damages the environment,” Dr Gailhofer says. The right of “data access for all” is often portrayed as an element of a “consumers’ utopia”: providing universal access to data, it is argued, would enable personalised options to be offered that best suit individual preferences and habits. However, in many areas where there is potential for these applications to be used, we are reliant on policy decisions being future-focused and oriented towards the common good – if, that is, the aim is to bring about environmental transformation. “Regulating who should use which data and how it is used will ultimately determine whether digitalisation helps us to meet ecological targets or whether behavioural patterns that are harmful to the environmental become even more prevalent in future.”

As the third option, the study considers a proposal in which the collection and use of data would be subject to policy control by a regulatory body. The regulator would be tasked with tackling the abuse of data power, preventing market concentration and investing wealth accrued from data in socially meaningful ways, for example. “It is doubtful, however, whether this type of central authority would genuinely be able to reflect the great diversity of interests within society – especially given that our society is becoming increasingly fragmented,” says Dr Gailhofer. “What’s more, this option has weaknesses from an environmental perspective.” One issue, he says, is which rules would apply to a regulatory body such as this – especially given that environmental interests have a relatively weak status in German law compared to other constitutional rights. “This would result, yet again, in environmental welfare as a matter of public interest being neglected.”

Three proposals, then – and all three are unsatisfactory from an environmental perspective. So viewed from this angle, where should the data regulation pathway lead? New data-based applications could well have great potential to address environmental challenges. But their risks should not be overlooked – not only for individual rights or political processes, but also for the environment, the climate, and energy and resource consumption (for a more detailed discussion, see “Behind the screens” on p. 12).

“Given its major ecological implications, this topic should be treated as a priority in environmental policy,” says Dr Peter Gailhofer. “Our analysis shows that there are no simple solutions. However, it also allows conclusions to be drawn on what the outlines of an appropriate regulatory regime might look like.” For example, as he explains, universal rights of access are better suited to leverage environmental potential and minimise risks than solutions based on exclusive data ownership. “But here too, further regulation is needed to prioritise particularly sustainable applications, for example. With a purely competition-based solution, there is no guarantee that the public interest and sustainability will be considered to an adequate extent. We should not leave it to the market to find a solution.” With regard to control by a regulatory body, too, other alternatives should be considered from a sustainability perspective. According to the Oeko-Institut’s analysis, a more decentralised organisational structure for data management at the local level could offer advantages here.

In other words, there is still plenty of work to do to achieve a system of data regulation that offers all-round benefits, according to legal expert Dr Gailhofer: “It would be helpful to have data legislation in place that defines the objectives and principles governing data use,” he says. Environmental policy goals should play a key role in this context. “Further research is also needed to identify which form of data regulation would protect individual rights and meet economic and policy needs while also promoting a sustainable society instead of further accelerating environmental degradation.”

Dr Peter Gailhofer studied law and social sciences in Berlin and Madrid and obtained his doctorate at the University of Zurich. After completing his postgraduate legal traineeship, he was initially employed as an attorney. He took up his current post as a researcher in the Oeko-Institut’s Environmental Law and Governance Division in 2017. His work focuses mainly on law and sustainable development and on legal aspects of Corporate Social Responsibility (CSR).

Working Paper: Regulation of the Data Economy – Towards an Eco-Friendly Position

Thematic web page on the website of the German Federal Ministry of Justice and Consumer Protection: Datenschutz-Grundverordnung

Energy and resource demand for digitalisation

It could be the saviour of sustainability – a great opportunity to conserve energy and resources: in the power sector,… more