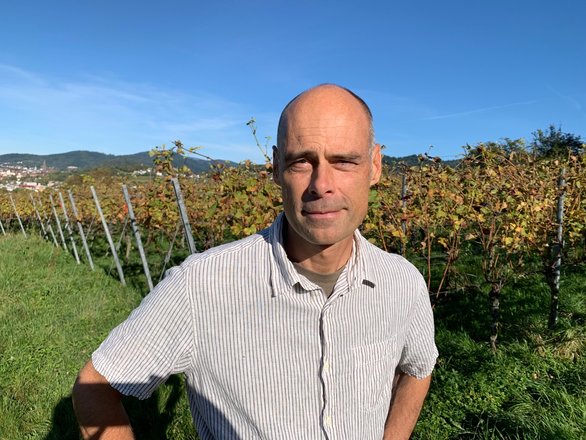 The tickets are cheap and the next attractive destination is not far away: for many people, a flight to a European city was for a long time no more unusual than a trip to the neighbouring town. How can they be persuaded to fly less? What personal responsibility do they have and what must policy-makers do to curb the growth of flying? We talked to Prof. Stefan Gössling about these things. In his research at Linnaeus University in Sweden he focuses on tourism, which means that he also looks at how travel and mobility can become more sustainable.

Professor Gössling, what can we learn from the Covid-19 pandemic with regard to climate change mitigation in aviation?

The first lesson must be that there is far more air travel than we really need. Basically we had already shown previously that there is so much flying because aviation is heavily subsidised and prices are low as a result. But when you ask people what flights are really important to them, it turns out that only a fraction are.

How can people be persuaded to fly less?

If you raise the price, people automatically fly less. This is a way of reaching in particular the relatively large group of people who aren’t much interested in climate change mitigation in aviation. In addition, subsidies should be abolished and a carbon tax introduced. I am also in favour of a risk tax. The fact that Covid-19 – and SARS and MERS before that – were able to spread so quickly is a result of the huge amount of air travel. But alongside the costs, social norms also play an important role in this.

What does that mean exactly?

For one thing, there are the super-rich people, who in my view have been far too widely ignored. Rich people, celebrities and superstars with their energy-intensive lifestyles not only cause vast quantities of emissions but are also taken as a model by many people.

How can that be changed?

Social pressure could help here. For example, the business model of Bill Gates – currently the third-richest person in the world – is based on being associated with good deeds. He could easily afford to have the fuel for his private jet produced synthetically using renewable energies. So why don’t we urge him to do that?

Leaving aside the super-rich, how else can social norms be changed?

In my view, a big step was taken by Greta Thunberg and Fridays for Future. They managed to question the image of the trendy jetsetter and demand individual responsibility for emissions. So Greta has set in motion a change in social norms. All of a sudden, frequent flyers are environmental sinners – jetting around the world is no longer trendy and cool.

What messages are best for getting people to change their behaviour?

Action on climate change is often approached by invoking dystopian images that involve abstract threats to people and the environment or restrictions on personal freedoms. We live in a society that is already beset by many risks that make people anxious – like the present pandemic. But anxiety is a paralysing feeling, not an activating one. If we really want to tackle climate change, we need inner stability, the feeling of security and positive visions.

They must involve attractive alternatives – such as fast and punctual trains that are superior to flying. This means investing in the long-distance railway network: night train services must be expanded rather than abolished. Abolishing subsidies could be combined with using the money thus freed up for projects that promote the positive development of society – such as better cycling infrastructure in cities.

Why are policy-makers not doing enough?

Transport is an issue that policy-makers always shrink from addressing, because mobility is very closely linked to our identity. In connection with air travel this means that a tiny proportion of the world population flies and people who do – especially the frequent flyers – build part of their individuality on it. Moreover, the small elite of people who fly often includes the politicians who should really be restricting air travel.

Talking to eco@work: Prof. Stefan Gössling, Professor of Tourism at Linnaeus University and of Human Ecology at Lund University (both in Sweden)

Prof. Stefan Gössling is Professor of Tourism Research at Linnaeus University in Sweden and Professor of Human Ecology at Lund University (also in Sweden). In his work he focuses on sustainability in tourism, transport and mobility. This involves studying issues such as the digitalisation of tourism, the transport economy and changes in social consumption norms.

After studying geography at the University of Münster, Professor Gössling completed a PhD in Human Ecology at Lund University. Since then his professional life has include a period at Freiburg University and work as a research coordinator at the Western Norway Research Institute’s Research Center for Sustainable Tourism. He also advises various organisations including the World Bank, the Organisation for Economic Cooperation and Development (OECD) and the United Nations Environment Programme (UNEP). In Freiburg he founded the mobility research institute T3 (www.t3freiburg.de).

When a plane takes off in Frankfurt for New York, a journey that is particularly climate-damaging begins: in the course of…

more
Nothing harms the climate more

A 22-hour train journey instead of a three-hour flight? Most people would regard taking the train from Berlin to Barcelona…