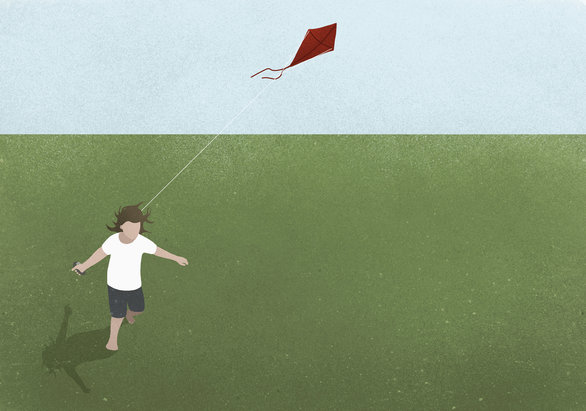 A 22-hour train journey instead of a three-hour flight? Most people would regard taking the train from Berlin to Barcelona instead of flying as an option not worth even considering. Yet just this one journey within Europe offers more alternatives than are perhaps apparent at first glance – including the question of whether travelling to the much closer town of Bamberg might not be equally nice. In view of the hugely damaging impact of flying on the climate we must rethink our travel habits and give good alternatives a real chance.

Per kilometre travelled, someone in Germany causes more harm to the climate by taking a flight than by using any other form of transport: flight emissions amount to around 230 grams of CO2e (carbon dioxide equivalent) for each kilometre. According to the German Environment Agency (UBA), the corresponding figure for car journeys is 147 g CO2e and for journeys by rail just 32 g CO2e. “For this reason we should not take flights unless they are absolutely essential and no sensible alternatives are available,” says Anne Siemons, Senior Researcher at the Oeko-Institut. “For example, for trips within Germany it is not that difficult to switch to the train. Moreover, flying is often no faster, and in the train you can use the travel time more effectively.”

In the donation-funded project “Above the clouds or staying on the ground?” the Oeko-Institut has carefully considered the alternatives to flying. “During the project we talked to people who have cut down on flying or stopped flying completely, and we looked at companies that encourage their employees to use other modes of travel,” explains the researcher. “We also studied protest movements that oppose the growth in air travel and the expansion of airports, because they play an important part in shaping the new discourse.” Anne Siemons sees the collapse of aviation as a result of the Covid-19 pandemic as an opportunity to review and question existing travel patterns. “Despite the fact that we can expect tourism to return to something like its previous level of growth within a few years, this is still an opportunity to discover alternatives and to stick with them when the pandemic is over.”

How can we successfully promote alternatives and make them permanent habits? Some companies are already adopting new approaches to business travel, which accounts for 65 percent of domestic German flights. “Some grant additional holiday days for climate-friendly rail travel; others actually ban short-haul flights,” says the researcher. “Many are currently replacing meetings with video conferences and thus saving huge quantities of emissions.” The donation-funded project also has plenty of suggestions on how people as individuals can contribute to more sustainable mobility. Firstly: rethink. This applies in particular to relatively affluent people from wealthy countries who are responsible for most of the aviation industry’s emissions – it is estimated that only three percent of the world population flies each year. Secondly, we can redefine our concept of holidays. This starts with choosing holiday destinations that can be reached by other means of transport, and then booking with travel companies that focus on sustainable tourism. For international travel, night trains are a climate-friendly option. “In 2020 some European countries have agreed new routes or already established them,” says Anne Siemons. “For example, the Swedish government plans to fund new routes from Stockholm and Malmö to Hamburg and Brussels.” The Oeko-Institut estimates that 10 to 20 percent of flights could be replaced by laying on more European night trains. “Unfortunately, the German railways completely abolished their cross-border night train services in 2016,” says the researcher. “They are not really economic without state subsidy, because of the need to pay track access prices of nine to 22 euros per kilometre.” This makes it almost impossible for the railways to compete with highly subsidised air travel.

More freight transport could also be shifted to the railways. In 2019 some 2.4 million tonnes of freight and mail were despatched from German airports to other countries, while about 2.2 million tonnes arrived. “It is true that that is a relatively small proportion of the total volume of transported freight, and about half of it travels in the belly of passenger planes,” says Siemons. “But because most passenger planes have been grounded during the Covid-19 pandemic, the costs have risen sharply. And there are ways of reducing air freight.” For the researcher, the most obvious solution is a return to a stronger focus on regional production with businesses, for example, favouring suppliers in their region. “But there are other ways forward too, such as optimising packaging to reduce the weight and volume of consignments.”

The donation-funded project also looked at flight offsetting, which involves compensating for the emission of greenhouse gases by funding climate change mitigation projects. “However, we see that as being the last in a series of possible climate change mitigation options in the aviation sector,” says Anne Siemons. “First we must avoid flying, switch to other mode of transport for necessary journeys and – if that isn’t possible – improve the efficiency of air travel.” Besides, offsetting is not a long-term solution, because to achieve the Paris climate targets we need to stop using fossil fuels altogether and also remove CO2 from the atmosphere. Offsetting could also result in alternatives not being considered, says Siemons. “Many people think that if they offset they can carry on flying as before.” Furthermore, the climate impact of some offsetting projects is not guaranteed. “For example, with projects that involve afforestation or the prevention of deforestation, there is always a risk that sooner or later the forests will be cut down.” The Oeko-Institut is currently working with the WWF and the Environmental Defense Fund in the USA on how consumers can best approach offsetting if flying cannot be avoided. “For instance, offsetting should cover not only the CO2 emissions but also other climate impacts of flying. In the case of forestry projects it is also very important to check how long the emissions reduction is guaranteed for and whether the provider monitors this regularly.”

Another approach of interest to the researcher is the idea of moving from talk of climate neutrality to a focus on real climate responsibility. “This would mean paying not just the price that the market demands for offsetting certificates but the price that is actually needed in order to limit global warming to an acceptable level, or the price of the costs that actually arise as a result of the emissions – the German Environment Agency puts this price at around 180 euros per tonne of CO2.”

According to the values posted by co2online, this would increase the price of a ticket for a return flight from Berlin to Barcelona by around 120 euros. If the tax exemption for flights were also removed, kerosene tax and VAT would be added too. This would make it significantly more attractive to travel by rail to visit the Sagrada Familia and taste Catalan cooking. And perhaps it doesn’t need to be a quick trip either – it could be a tranquil journey with the opportunity to visit other beautiful places such as Brussels or Avignon along the way.

Anne Siemons specialises in international and EU climate policy. She has an MA in International Relations and as a Senior Researcher at the Oeko-Institut she covers issues such as transparency in climate financing and accounting rules for the achievement of climate change mitigation targets.

Article in the Oeko-Institut’s Blog: Can flying be made climate-neutral through compensations?

When a plane takes off in Frankfurt for New York, a journey that is particularly climate-damaging begins: in the course of…

more
Nothing harms the climate more

The tickets are cheap and the next attractive destination is not far away: for many people, a flight to a European city was…

more
“Jetting around the world is no longer trendy and cool”