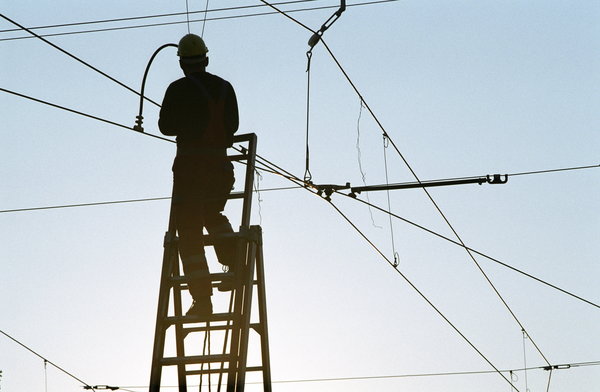 To achieve climate targets, the transport sector must be transformed. One of three possible solutions for the decarbonisation of road freight transport is the use of overhead line trucks, also known as catenary trucks: the other two options being considered by the German government are electric-battery and fuel-cell powered trucks. Details of how the technology will be rolled out remain to be decided. Scientists from Oeko-Institut, ifeu-Institut and the Fraunhofer Institute for Systems and Innovation Research (ISI) are outlining concrete steps for developing the overhead line truck infrastructure.

In their study, the scientists examine how different routes on the German motorway network could be prioritised for construction of an overhead line system, and which criteria are salient. They present a strategy for installing this infrastructure along some 4,000 kilometres of core routes.

Uncomplicated routes to start with

“To begin with, the roll-out should concentrate on routes with a high level of out-and-back freight traffic. The majority of out-and-back freight journeys should take the electrified route. For example, the A1 motorway between Hamburg and the Ruhr region fulfils these criteria very well,” explains Florian Hacker. “Even on shorter sections of routes, that will benefit logistics companies greatly.”

From the very beginning of planning, it is important to pay attention to route-specific obstacles. To be ready for a quick start to network construction, uncomplicated sections of motorway should be chosen for the initial routes. Technically challenging routes with lengthy tunnels or difficult access to the electricity grid as well as routes likely to require more effort to obtain approval should be avoided during this phase. The experience gained with planning and approval procedures for the initial routes will make for a smoother expansion programme later.

In the long term, the overhead line network for haulage vehicles makes most sense on routes with high freight volumes. For the start-up phase, regional sub-networks are important. Later the emphasis should be placed on long-distance transport and linking up the various sub-routes.

As the network continues to expand, international connectedness becomes more important – foreign vehicles account for some 40 per cent of truck mileage on German motorways. No consensus has yet been reached on the construction of international infrastructure with Germany's neighbours, even though there is growing interest in overhead line technology in the rest of Europe. So far, Germany and Sweden are the only countries in Europe that have implemented pilot projects for overhead line catenary trucks.

The publication was produced as part of the “BOLD” project (Begleitforschung Oberleitungs-Lkw in Deutschland; Accompanying research on overhead catenary truck research in Germany) funded by the Federal Ministry for Economic Affairs and Climate Action under its "Renewably Mobile" (Erneuerbar Mobil) programme.