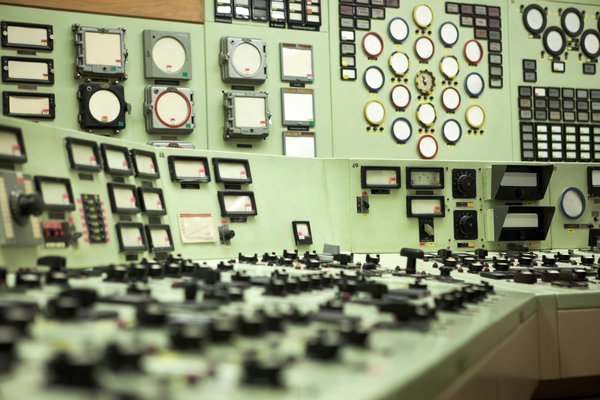 Since the outbreak of war in Ukraine following the Russian invasion on 24 February 2022, several nuclear power plants have already come under attack. Experts from the Oeko-Institut give their assessment of the risks this poses to Ukraine’s nuclear facilities. A separate blog article "Nuclear instead of natural gas?" provides answers to questions about energy supply security, dependence on Russia and rising prices.

Ukraine operates 15 nuclear reactors at four sites; these reactors generate more than 50% of the country’s electricity. With its attacks on nuclear installations, Russia has breached Additional Protocol I to the Geneva Conventions, contravened various resolutions adopted by the International Atomic Energy Agency (IAEA) and thus violated international law.

The Chernobyl site consists of the destroyed reactor, three further defunct reactor units, and interim storage facilities for spent fuel elements from Ukraine and waste from the wrecked reactor.

The plant was seized by the Russian military in the first few days of the war. The staff remained on site, working for several weeks without a break under extremely challenging conditions. On 4 March, the IAEA Director General offered to visit Chernobyl in person due to concerns about the safety of nuclear waste at the site.

On 25 February, increases in the local dose rate were recorded at various monitoring stations in the exclusion zone around the Chernobyl nuclear power plant. The spike was thought to have been caused when Russian soldiers seized control of the plant: movements of heavy vehicles had stirred up clouds of radioactive dust.

On 9 March, the Ukrainian grid operator Ukrenergo reported a loss of external power to the nuclear plant after Russian shelling damaged a power line. More than 22,000 spent fuel assemblies are stored in spent fuel ponds located in Chernobyl’s destroyed reactor unit and three defunct power plants. There was no immediate danger as the spent fuel now emits very little heat. According to the IAEA, no heavy fighting or damage had occurred at the site.

With six reactor units, Zaporizhzhia is the largest nuclear power plant in Europe. During the night of 3/4 March, Russian armoured vehicles approached the plant and there was intense fighting for around two hours.

As reported in the media, the plant management initially stated that the attack had caused a fire in a training building at the site. In the days that followed, however, the Ukrainian authorities and the IAEA released images and video footage of the attack, which showed that the damage caused by the fighting was far more extensive than initially assumed. Among other things, the training building had clearly been destroyed, but there was also damage to the Unit 1 reactor building, a transformer at the Unit 6 reactor and two of the four external high-voltage power lines. Two artillery shells were found in the dry storage site for spent nuclear fuel. On the video footage, operational personnel could heard pleading for an immediate halt to the shelling of the plant.

Firefighters were initially denied access to the site; however, the emergency services reported that the blaze had been fully extinguished in the early hours of 4 March. Two security guards were injured but no technicians involved in operating the plant had been harmed, and there were no reports of increased radiation levels around the site.

The damage to Zaporizhzhia’s reactor building is not severe; it is heavily reinforced and is designed to withstand impacts such as a light aircraft crash. However, safety at the plant was and is significantly compromised. IAEA Director General Rafael Grossi expressed grave concern at the attacks. On the issue of safety at Ukraine’s nuclear installations, he spoke of “normal abnormality”: normal operations but in fact there is nothing normal about this situation.

Information on the safety of Ukraine’s nuclear power plants

First of all: international safety standards are applicable to all nuclear power plants worldwide. These standards are issued by the IAEA, but must be transposed into regulations at the national level and are continuously updated. The national regulations therefore differ in their safety requirements: this applies to design features such as reinforcement of plants against external events, e.g. aircraft crashes; redundancy (i.e. the provision of backup equipment); and independence of safety systems. The power plants also vary according to whether they are of older or more recent design and where they originated, e.g. whether they are Russian-designed reactors in Ukraine or European-designed reactors in France or Germany. In general, then, drawing comparisons of safety at nuclear power plants poses challenges.

What is certain, however, is that a military attack or fighting near nuclear power plants massively increases the risk of serious accidents. Such action is reckless in the extreme; any further escalation of hostilities must therefore be avoided.

In international humanitarian law, i.e. the law of war, attacks on nuclear installations are expressly prohibited for the protection of victims of armed conflicts (Article 56 of the Protocol Additional to the Geneva Conventions of 12 August 1949 (Protocol I), 8 June 1977).

Likewise, the IAEA General Conference unanimously adopted a decision in 2009 to reaffirm resolutions adopted in 1985 and 1990, stating that any armed attack on and threat against nuclear facilities devoted to peaceful purposes constitutes a violation of the principles of the United Nations Charter, international law and the Statute of the Agency. Russia is a member of the IAEA.

What are the risks when nuclear power plants are the target of military attacks?

Power generation facilities are a tactical and strategic target in military conflicts because they are a crucial part of the energy supply. Any damage to or destruction of these facilities can therefore massively destabilise a country’s provisioning and logistics.

Direct attacks risk destroying the reactor’s key safety systems or spent fuel storage facilities. There is also a risk of radioactive material from the reactor core leaking into the environment and causing wide-scale contamination. Direct attacks are likely to be motivated by the intention to deploy the reactor’s radioactive inventory as a weapon of war. In the current conflict, this scenario is surely not in Russia’s own interests.

However, in addition to direct attacks, nuclear installations can suffer unintentional damage during armed conflicts. This can spark an adverse chain of events leading to a serious reactor accident. For example, if there is fighting close to a power plant, it might be hit by accidental fire that wipes out vital safety systems.

Military activity can also interrupt an nuclear plant’s external power supply. The power supply is required to provide the necessary cooling for the fuel rods if the power plant is shut down. If the external power supply is interrupted, the electricity for the cooling system that keeps the residual heat from the hot reactor core under control must initially come from an on-site emergency power system. If the cooling system fails, the reactor core can reach extremely high temperatures, causing the fuel to exceed its melting point and thus precipitating what is known as core meltdown

In order to operate a reactor safely, specialist technicians are required. Working days on end with no changeover of staff, sleep deprivation, stress caused by the presence of armed military personnel and concern for loved ones can impair workers’ performance, increasing the likelihood of human error.

Regardless of the various causes of possible accidents, their management and the mitigation of their impacts depend on a properly functioning system of disaster control and a rapid technical response. In a situation of conflict or war, however, the response capability of the country concerned may be weakened, making effective management of a nuclear accident impossible and worsening its impacts.

How can the safety of the facilities be guaranteed despite the hostilities?

The most important prerequisite is that the parties to the conflict abide by their international commitment to refrain from engaging in combat in the vicinity of nuclear installations. In addition, every effort must be made to maintain a stable external energy supply. Staff must be free to access the plants at any time, and there must a secure and continuous supply of backup resources, such as fuel for the emergency power system.

How will Germany be affected if one or more reactors are hit?

Whether and to what extent Germany would be affected by a possible reactor disaster in Ukraine largely depends on weather conditions and wind direction. In a worst-case scenario, the effects may be similar to those which followed the nuclear disaster in Chernobyl in 1986. At Chernobyl, an explosion destroyed fuel assemblies and the reactor shell, resulting in the release of large quantities of radioactive material into the atmosphere. Radioactive particles are dispersed by the wind over a wide area and are also washed out of the radioactive cloud and deposited on the ground by rainfall.

Study: Nuclear safety in crisis regions, by the Oeko-Institut; includes a detailed analysis of potential risks in Ukraine (2017)