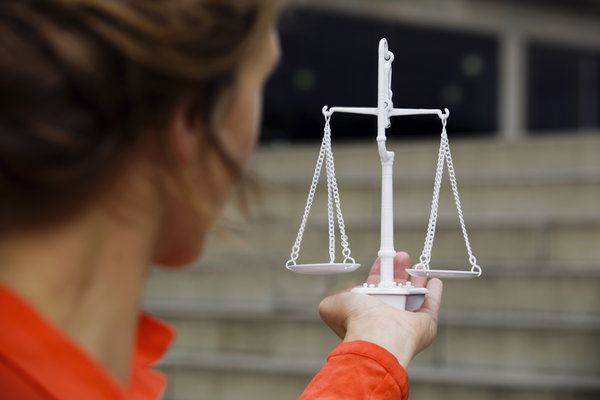 COP26 will be crucial to international market mechanisms

In recent months many countries have submitted new climate targets. However, these are insufficient to meet the goals of the Paris Agreement. In addition, there are technical implementation issues that need to be resolved: because of the Covid-19 pandemic, little progress has been made on these over the past two years.

It is also important that binding rules for international market mechanisms are agreed. And, lastly, progress must be made in the areas that are important for developing countries – adaptation to climate change and financial and technical support for these countries.

COP26: The status of the negotiations

These are some of the findings of a study carried out by the Oeko-Institut for the European Parliament. The status of the UN climate negotiations, the positions of the negotiating groups and relevant international developments yield an overview that is useful in preparations for the 26th Conference of the Parties to the Framework Convention on Climate Change (COP26). Experts from the Oeko-Institut have for many years been part of the German and European government delegations at the climate negotiations, contributing to issues of reporting and transparency, international carbon markets and emissions reductions in international aviation and maritime transport.

“COP26 is of particular significance because it must put more ambitious mitigation actions on track,” says Senior Researcher Lorenz Moosmann from the Oeko-Institut. The World Climate Conference takes place in Glasgow from 31 October to 12 November 2021.

A team of researchers from the NewClimate Institute and the Oeko-Institut has analysed the mitigation ambition of some of the new and updated NDCs (Nationally Determined Contributions) submitted by countries in 2020 and 2021. They conclude that, despite the updates, many NDCs will result in little or no reduction in emissions by comparison with the original NDCs. The experts also scrutinised the NDCs to identify whether they are comprehensive and transparent and whether they include a clear implementation pathway.

The NDCs under the Paris Agreement are crucial for a successful outcome. The long-term temperature target can only be achieved if the parties to the Agreement commit to progressively more ambitious climate targets and pursue a clear implementation plan.

With the Potsdam Institute for Climate Impact Research (PIK), the Wuppertal Institute and the NewClimate Institute, the Oeko-Institut has analysed the functions of the global stocktake and considered the extent to which the mechanism can contribute to improved climate change mitigation. The researchers conclude that the effectiveness of the global stocktake could be increased by performing an explicit and public evaluation of the inputs and using independent activities on the part of civil society and the international research community to supplement the process.

The global stocktake that will take place for the first time in 2023 is intended to monitor collective progress towards achievement of the targets of the Paris Agreement in a five-year cycle. It is hoped that the mechanism will function as a catalyst for more ambitious climate change mitigation targets.

The Oeko-Institut has produced a number of studies of the international market mechanisms:

Journal article “Double counting and the Paris Agreement rulebook”. In Science, with the involvement of the Oeko-Institut

Averaging or multi-year accounting? Implications for environmental integrity of carbon markets under Article 6 of the Paris Agreement. Oeko-Institut, Berlin, January 2021.

Journal article “Outside in? Using international carbon markets for mitigation not covered by nationally determined contributions (NDCs) under the Paris Agreement”. In Climate Policy, with the involvement of the Oeko-Institut

Journal article “When less is more: Limits to international transfers under Article 6 of the Paris Agreement”. In Climate Policy, Volume 19, Issue 4, pages 401-413.

Expert opinion on the German Building Energy Act and the EPBD