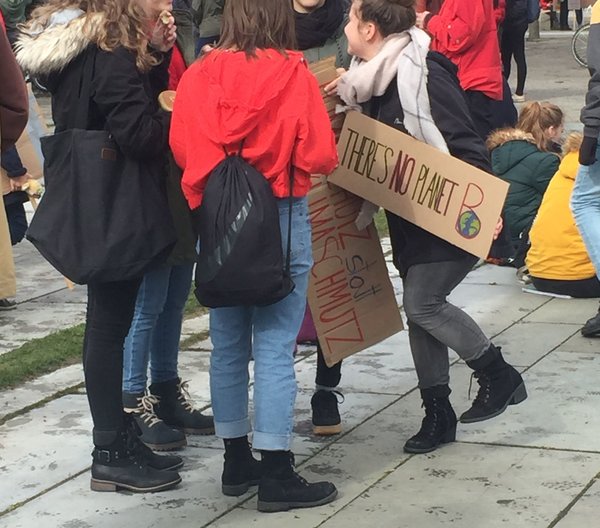 Policies for the climate

On Friday, 20 September 2019, the #FridaysForFuture climate strike, expected to be the largest ever, will mobilise across Germany. The German Government and the “climate cabinet” are due to announce key decisions on a package of measures required to implement the Climate Action Plan 2050 the same day.

The Oeko-Institut supports the school students’ campaign for more action on climate change. Anke Herold, Acting CEO of the Oeko-Institut, emphasises the importance of the demonstrations: “The ongoing protests by the Fridays for Future movement underline the urgent need for action from politicians,” she says. “We need climate legislation and an effective climate package, particularly for transport, the building sector and agriculture. Improved support is also required for the delivery of the energy transition so that the expansion of renewable energies speeds up the coal phase-out. There are enough proposed solutions from the scientific community on the table. It’s time to put them into operation, starting now.”

The Oeko-Institut has produced various studies highlighting the urgent need for climate protection measures to be adopted across all sectors – energy, industry, buildings, transport and agriculture – and for clear pathways towards greenhouse gas emissions reductions in each sector to be defined in climate legislation. And in line with the recommendations made by the German Commission on Growth, Structural Change and Employment (Coal Commission), the coal phase-out must be passed into law as soon as possible.

Assessment of the environmental, social and economic impacts of the sector targets for 2030 of the Federal Government's Climate Action Plan 2050: study by the Oeko-Institut

Klimaschutz im Verkehr: Maßnahmen zur Erreichung des Sektorziels 2030: study by the Oeko-Institut and ICCT on behalf of Agora Verkehrswende (= Climate Protection in Transport: Measures to achieve the sector target for 2030)

A Climate-Neutral Building Stock in 2050: study by the Oeko-Institut and the Fraunhofer Institute for Solar Energy Systems (ISE)

The cost of inaction … up to 38 billion euros

Emissions from Germany’s transport, building sector, agriculture and industry decreased by 8% between 2005 and 2018. Germany has pledged to reduce its greenhouse gas emissions by 14% by 2020 and by 38% by 2030. If it misses these targets, it will be required to purchase additional Annual Emission Allowances (AEAs) under the EU’s Effort Sharing Regulation. The Oeko-Institut calculates that the associated costs to 2030 could be as high as 38 billion euros.

Protecting the climate – the equitable approach

The Oeko-Institut also recently showed how the introduction of climate tools can be fair and equitable. According to the institute, for example, it is quite feasible to impose a carbon levy on CO2 emissions from petrol, diesel, heating oil and natural gas. Adding the levy to the energy tax is a quicker and easier option than an emissions trading scheme, so the climate benefits will start sooner. Revenue from this price mechanism could be refunded to consumers, mainly to ease the financial burden on low-income households.

CO2-Zuschlag zur Energiesteuer rechtlich unbedenklich: Information from the Oeko-Institut (= No legal obstacles to a carbon levy on the energy tax)

Further information on climate protection and the energy transition